Last week I wanted to focus on the European royals having focused so heavily on the Royal Holy Trinity the two weeks before and then this weekend/Monday was all about Remembrance services, so I ended up not posting about an announced appearance and several articles about Prince William, Kate Middleton, and Prince Harry. Just the other day another Kate appearance was announced, and so I decided to do a round up of those announced appearances and those articles so that we could chat about them. Before that, though, I think a trip down memory lane is in order… 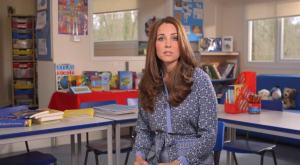 This ^^ photo is the last time Kate did anything with her patronage, Place2Be – she recorded a video message for Mental Health Week in February 2015. 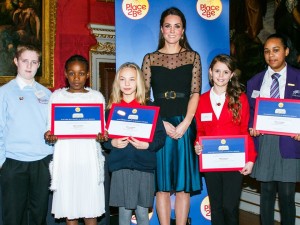 This ^^ is the last time Kate supported Place2Be with an actual appearace – she attended the Place2Be Wellbeing in Schools Awards in November 2014 (which took place at KP). 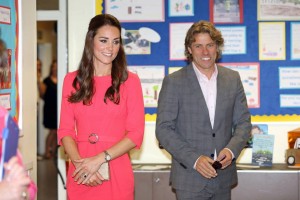 This ^^ is the last time she supported the children of Place2Be indirectly – she visited a school which had the M-PACT Plus program (only partly related to Place2Be) in July 2014.

And this ^^ is the last time Kate actually visited a school with the actual Place2Be program in it – she visited in November 2013 (please excuse my excessive use of the word moron in that post).

BTW, Place2Be is a mental health charity focusing on early intervention in young people. So basically the exact thing that Kate is supposedly super excited about and focusing on now. Kate has been patron of Place2Be since April 2013. You would think that someone who is super excited to focus on the mental health of young people and who has been patron of a charity that does just that for over two years would have actually taken the time to visit said charity sometime in the last year, but especially since the mental health kick kicked in (in September). Well, Kate decided to finally visit Place2Be again. She will be attending Place2Be’s Headteacher Conferences on Wednesday, November 18th.

Now that that’s out of the way, let’s talk about those articles:

I’ll leave you with this quote from President Woodrow Wilson on November 11, 1919 when he proclaimed the first Armistice Day (now Veterans Day):

“To us in America, the reflections of armistice Day will be filled with solemn pride in the heroism of those who died in the country’s service and with gratitude for the victory, both because of the thing from which it has freed us and because of the opportunity it has given America to show her sympathy with peace and justice in the councils of the nations.”

If you see a veteran or someone currently in the military, give them a “thank you” today.