Prince William, Duke of Cambridge, and Kate Middleton, Duchess of Cambridge, were out and about today, October 10, attending a World Mental Health Day event at Harrow College hosted on by the charity Mind. They then attended the rugby match in the evening.

William and Kate met with volunteers (who previously suffered from mental health problems and now volunteer with the organizations) from Mind and Time to Change. Later William and Kate took part in a Mindkit training session and then attended a World Mental Health Day reception.

Mind is a charity that provides advice and support to empower anyone experiencing a mental health problem. They campaign to improve services, raise awareness, and promote understanding.

Time to Change is an anti-stigma campaign run by Mind and Rethink Mental Illness and is England’s biggest program to challenge mental health stigma and discrimination.

Mindkit offers free, interactive Wellbeing and Resilience Sessions to groups of young people, aged 14 to 25, to learn about evidenced-based approaches called ‘The 5 Ways to Wellbeing’ and Mindful Living to look after their mental wellbeing and boost their resilience, which can improve their ability to cope with life’s challenges, their self-confidence and performance. 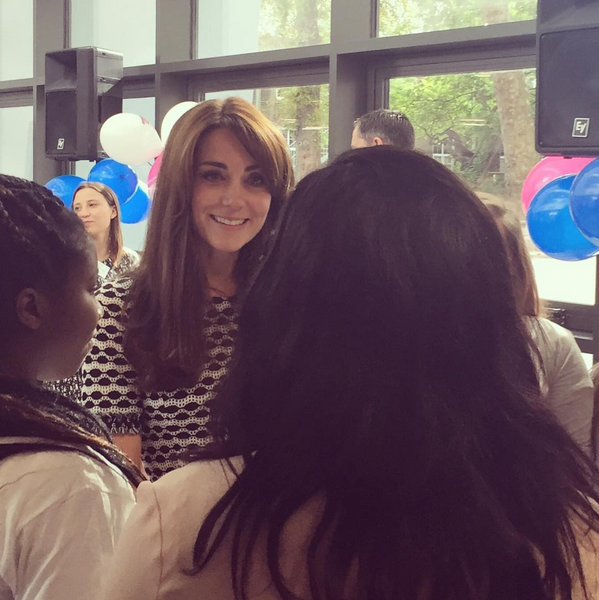 “At the end of the session, William addressed the group, saying: ‘I could sit here and talk to you for hours. Thank you so much for sharing your stories with us. You are being incredibly brave doing this. I know it’s not easy for you re-living your experiences again and again. If we can get more young people talking, and coming through with their experiences, then we can really get mental health to the fore, which is where it should be and what we need to do.’

“Kate told the group: ‘I keep thinking about what else we can do and how we can raise awareness. Keep the ideas coming. We think it’s so important, so really well done for being ambassadors. Talking about mental health is so important.'”

There are more quotes from the Cambridges in the DM article. 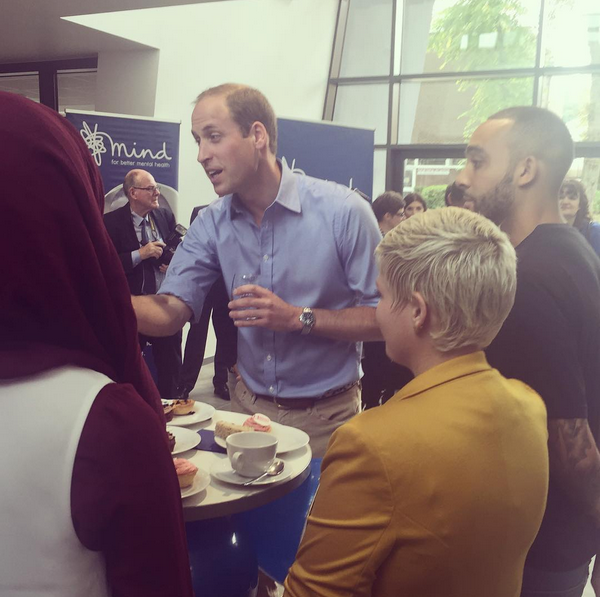 I have to say, I know that William and Kate are on a mental health kick – what with William attending that anti-bullying event (that apparently I didn’t cover) and Kate visiting the Anna Freud Centre – but I’m still not convinced they really care. Maybe it’s the Kate skeptic in me, or maybe it’s because I’ve suffered from depression and social anxiety for 20 years, but I just have this negative feeling toward William and Kate attaching themselves to the mental health cause.

Depression is so hard to overcome because you can’t just think your way out of it. Your brain is the problem. It’s a negative feedback loop so even if you try to think positively your brain will tell you that you are wrong. In order to overcome it, you have to get out of your head and not listen to your brain. Fighting your own brain is one of the most challenging things.

The second most challenging thing is fully opening up about your issues. And I don’t just mean letting people know you have problems, I mean actually telling people what those problems are. It’s embarrassing, and you don’t want to tell people (even therapists) because 1) you think they will judge you, but most importantly 2) you are revealing the most intimate parts of yourself.

Overcoming depression and opening up about your issues is so hard, and I’ve never heard a celebrity campaign for mental health in a way I agree with. My negative feeling toward William and Kate is not William and Kate specific, it’s directed toward other celebrities, too. I’ve never heard a celebrity talk about how truly challenging overcoming a mental health problem is, or how challenging it is to even seek help because you are so afraid to open up about your issues.

Seeking help isn’t always easy especially if you are not willing to fully open up. I once went to a therapist and had a session with her, and at the end of it she told me I was fine and didn’t need to see her. That was after the psychiatrist in the same office diagnosed me as severely depressed and put me on a heavy dose of anti-depressants. I wasn’t even trying to fool the therapist, I just wasn’t willing to open up so she thought I was fine.

Mental health is a cause very close to my heart, and I just wish people with that kind of platform would campaign for it better. Ending the stigma and promoting understanding are all well and good, but no one will get help if they do not first seek it out, and second be fully open to accepting it.

And breath… Let’s move on… to cupcakes. Yum. 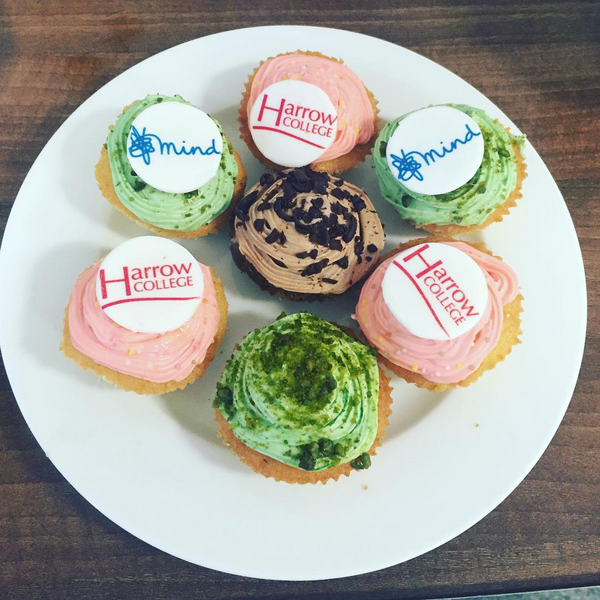 Kate wore a Tory Burch “Paulina” black and white dress she previously wore at the Plunket event in New Zealand in April 2014. Kate wore her her standard black Stuart Weitzman Power pumps and carried her standard black Mulberry Bayswater clutch. Kate added to her Kiki McDonough collection with a new pair of “Lauren Yellow Gold Pave Diamond Leaf Earrings” (£2,200.00) (thanks to the ever quick Anna for the id on these).

I was not a fan of this dress the last time Kate wore it and I’m not a fan of it now, but I think it’s probably a good thing that Kate recycled a dress. I’m not a big fan of the earrings, either. There are another pair of Lauren leaf earrings that are less expensive and in my opinion much prettier than the ones Kate chose. 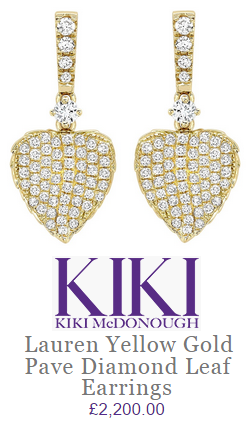 By the way, I want to bring up something that intrigued me. None of the regular royal reporters I follow on Twitter made any mention of the WMHD event today. None. The Daily Mail articles on William and Kate today are not written by the regular DM royal reporter, Rebecca English. The Mirror article was not written by their regular royal reporter, Victoria Murphy. And there are no articles from the Express. The Sun’s Emily Nash wrote the Sun article, but she barely tweeted about the event. And it seems like the regular royal photographer who gets special privilege to photograph events that others are excluded from, Chris Jackson, did not take any photos of the event. Hm…

William and Kate attended the Australia v Wales rugby match at Twickenham Stadium. Wales lost to Australia 15-6. William wore his glasses and a red Wales scarf in support of Wales, while Kate wore her Reiss “Delaney” jacket which she previously wore to a children’s hospice in December 2013. Kate also wore a black turtleneck, a burgundy scarf, and the same earrings from earlier in the day. Go here for the DM article. Below are some photos of the faces Kate pulls when at sporting matches.