Don’t know what welly wanging is? Well, I’ve got you covered. Because I had no idea what that was either until I saw a video. Welly wanging is where you throw a boot (a welly 😉 ) at a prop and try to knock its head off. All three members of the Royal Holy Trinity got in on the welly wanging action; they also made clay models and participated in other activities. This morning, October 26, Kate Middleton, Prince William, and Prince Harry (still sporting his Ginger Beard) attended the Charities Forum hosted by BAFTA and Aardman Animations.

Shortly, these three will attend the Bond premiere – I will cover that in a separate post, this post is just about the Charities Forum; please no thread-jacking.

Let’s start with that welly wanging – which is an actual thing, I come to find out. They hold Welly Wanging World Championships each year in the town of Upperthong in Holmfirth, West Yorkshire, England.

William, Harry, and Kate all participated in the welly wanging – throwing a boot at a model of the character of the farmer from the Shaun the Sheep film. Both Harry and Kate missed, but William knocked the head off. Harry’s reaction after he missed was adorable. BTW, KP didn’t post a video of Kate’s turn. Shame.

Kate also participated in a stop-motion animation workshop on stage. She and a few kids took part in a skit against a green screen, and the animators added in the effects in post. As Kate took the stage, William called out: “Make Catherine do a silly walk.” So Kate trotted away at the end of the skit.

It's the first time I have posted a video clip straight to Twitter, but if this works here's Kate on stage today. pic.twitter.com/YgdTvx8Leh

Part of the Charities Forum – which is the collection of over 30 organisations of which William, Kate, and Harry are Patrons, meets twice a year, and provides an opportunity for the Charities to update the royals on their recent activities and projects and provide a platform for collaborative activity between the organisations – included a model-making session with children from EACH Hospices, the Art Room, WellChild, and Child Bereavement UK. The royal trio made clay models of Shaun the Sheep. 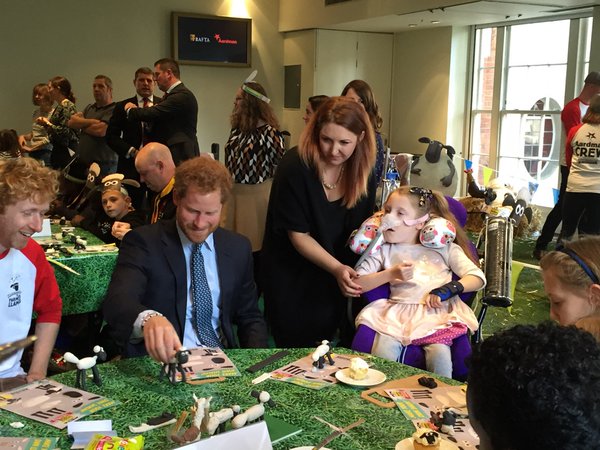 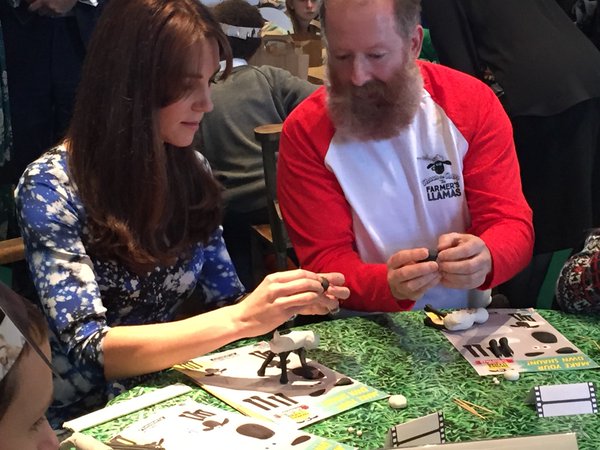 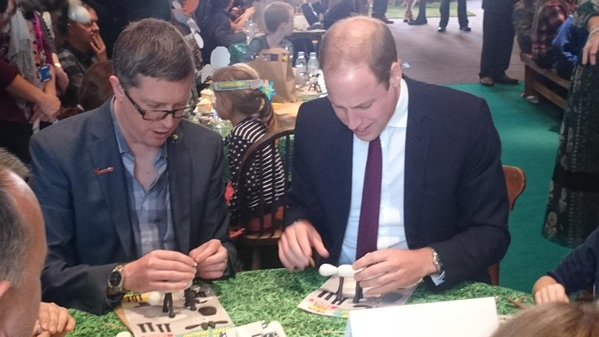 And here is Prince Harry with his model @shaunthesheep – and charming some children. pic.twitter.com/tBLgFoW3MO

Prince Charles is a huge fan of the film, Chicken Run, according to Prince Harry. I can see that.

The Forum served cookies, some with Shaun the Sheep frosting. 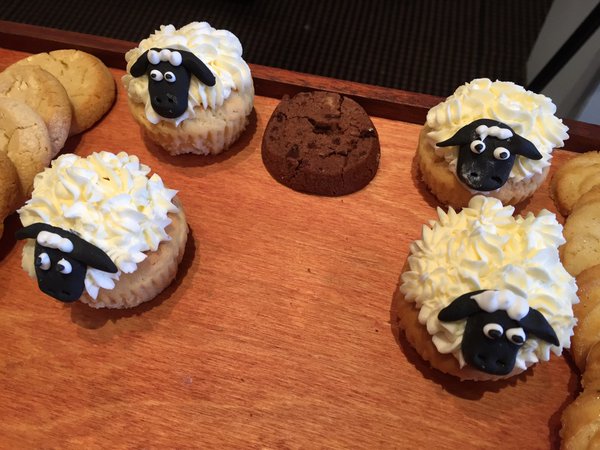 After branching out to red and purple earlier last week, Kate went back to her tried and true blue and black color palette on Friday. She stuck to her safe place today wearing Tabitha Webb blue and black patterned “Meg-Space” dress (£312.50), black suede “Aimee” pumps by Jimmy Choo, black suede Mulberry Bayswater clutch, and her sapphire and diamond earrings. Kate of course wore her Cartier watch she loves so much.

I’m not in love with the pattern on this dress, but it is a nice silhouette and a proper length. I like this dress more than the Scotland outfit from last Friday. 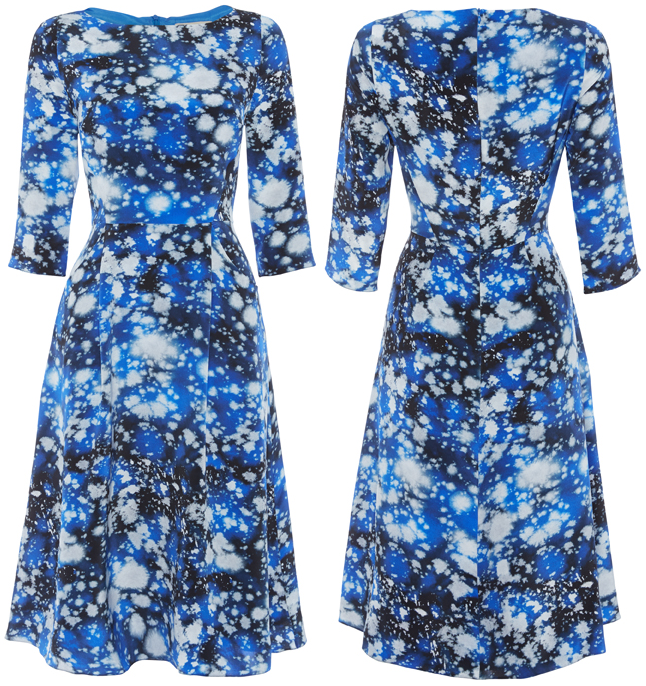 This seemed like a fun event for everyone involved. It’s nice to see William and Kate get involved and be good sports. I expect that from Harry, but it’s still nice to see him have fun. We don’t normally get this kind of access to these Charities Forums.

In other news, photos have surfaced of Kate and Prince George at the Natural History Museum. They were spotted at the museum by a teacher who took the photo of them. The teacher told Cas.sk: Kate and George looked like “any other mom and her son” … “They had with them no security. […] Kate bent and talked to George about dinosaurs, the little prince listened to her attentively. They looked very nicely.” Kate wore the same floral Zara pants she wore on September 26 to the rugby match. So this NHM visit may have taken place that same day. Many thanks to Anna for the find. 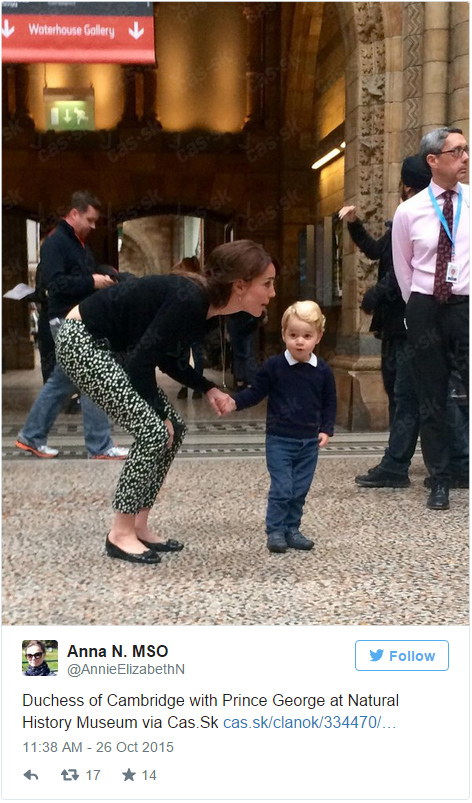 Here are some more photos from the Forum.