Second quarter review of Kate Middleton‘s appearances. Not too exciting since she was MIA most of the time, but let’s go through it anyway. There’s some other tidbits at the end. I was going to do the Hot Guy of the Month today but couldn’t pick a royal. Any suggestions? 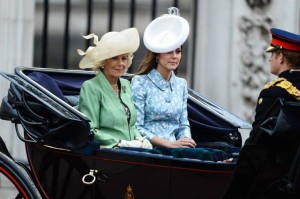 Go here for a full list of Kate’s 2015 appearances. Kate’s appearances from April 1 to June 30:

Leaving the hospital with Princess Charlotte*
Trooping the Color.

5 Shopping Trips (that we know of).

Adding these numbers to Kate’s previous quarterly totals, this brings Kate’s total number of days worked (not counting the birth/leaving the hospital) to 17. Yep, in six months, Kate has worked a grand total of 17 days.

Today, July 1, would have been Princess Diana‘s 54th birthday.

Remembering Diana, Princess of Wales today on what would have been her 54th birthday. pic.twitter.com/h1RYGSl8lT

Speaking of Princess Diana, one of her favorite photographers, Mario Testino, has been chosen to take the official Princess Charlotte Christening photos. Hopefully Testino’s photos of Charlotte will be better than the photosopped-to-hell Jason Bell photos from Prince George‘s Christening.

Kensington Palace said: “The Duke and Duchess are delighted that Mario Testino will help capture this important moment for their family and look forward to sharing the photographs with the public.” [Daily Mail]

Testino said: “I am overwhelmed and honoured to be chosen to document this occasion and to carry on the documentation of the family that is the soul of this country, a country that has given me so much.” [Express]

The Daily Mail has issued a clarification to a story they ran in May about Carole Middleton moving in with Prince William and Duchess Kate, running their household, and causing tension in her marriage to husband, Michael Middleton. The DM said:

“An article on May 9 said that, following Princess Charlotte’s birth, Carole Middleton would be living at Anmer Hall for a month where she would be running the household, and that this was causing tensions in her marriage. We are happy to clarify that Mrs Middleton had no plans to move in, or run the household and that there were no such tensions in her marriage. We apologise for suggesting otherwise.”

I feel like we should take this correction at face value and rethink our previous stance on the relationship dynamic between Carole, Kate, and William, and Carole and Mike.

But the cynic in me can’t help but chuckled at the use of “had no” and “were no”. Both past tense. Because you could use “had no” and “were no” in sentences like these: “I had no plans to move in with my daughter and run her household, but then I moved in with her and ran her household”; and “There were no tensions in my marriage months ago, but now we’re not speaking”.

But in all seriousness you guys, Carole really wants us to know that she doesn’t live with Kate or run her household and that everything is fine between her and Mike. Why she was so bothered by this story she chose to correct it, and not the other million ridiculous stories out there, is anyone’s guess.