Finally have my Kate post up. Sorry I didn’t get it up yesterday, I got distracted playing the tankiest game ever tanked, Arkham Knight. Yesterday, July 26, Prince William, Duke of Cambridge, and Kate Middleton, Duchess of Cambridge, visited Portsmouth for the America’s Cup World Series. The races were cancelled, however, due to bad weather. Ben Ainslie said: “The English summer, you just can’t count on it.” To which I say: Come visit Florida – all sunshine one minute and the next you’re wondering if there’s a hurricane you didn’t know about.

Though the Cambridges were unable to watch any racing, they did meet with local dignitaries and some senior naval officers, and they were able to meet with the New Zealand team. They were going to meet with all five teams who were competing in the competition, but that didn’t happen. 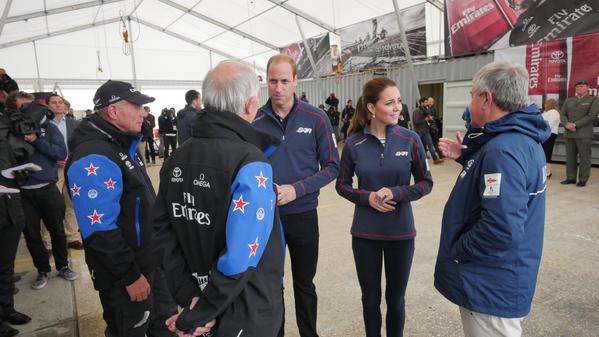 The Cambs then toured Ben Ainslie’s Ben Ainslie Racing headquarters where Kate and Ben Oculus Rift it up trying out the virtual reality simulator which made it seem like they were on the deck of a boat during a race. Kate supposedly said it was “weird”. I don’t understand why she would think it’s weird since she tried the same VR goggles before during her visit in February, but sure. At least Kate got to hang out with her favorite person. 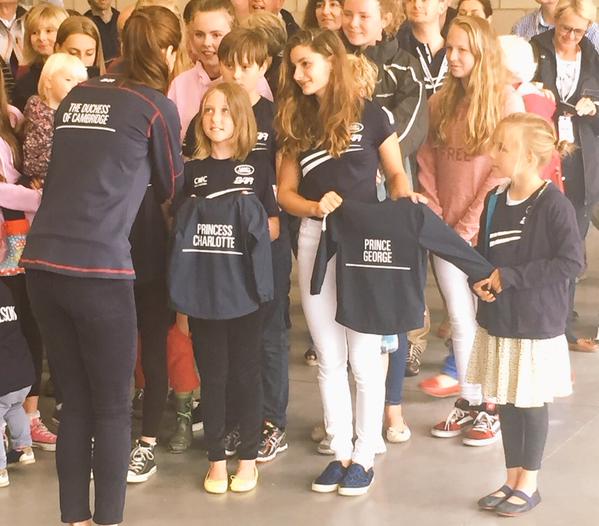 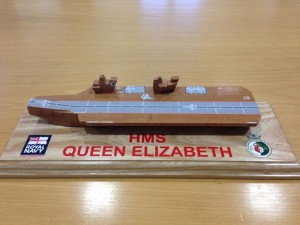 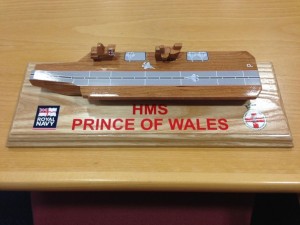 Kate interacted with several kids today, making faces at them and comforting them. Apparently Kate told one mother that George thinks he’s three.

“On a tour of the Land Rover Ben Ainslie Racing headquarters, the Duchess was introduced to two-year-old Freddie Wilson – son of the team’s head coach Rob Wilson.

“The toddler stepped forward and said to Kate: ‘Hello Princess, my name is Freddie Wilson.’

“Mum Wendy Maxwell said: ‘She asked him how old he was and he said ‘I’m three’. When I said he is only two, she said, ‘George says that. He thinks that he’s older’.'”

Kate also met with children who recently had their first experience of sailing due to the 1851 Trust. 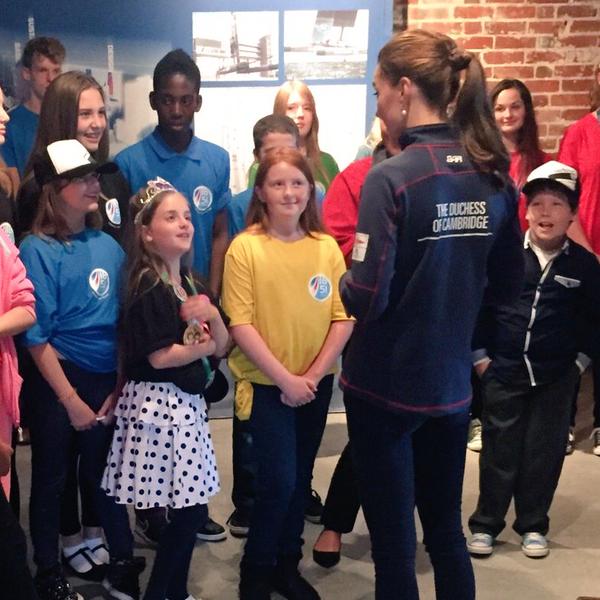 Oddly enough (or not oddly at all really), this was one of Kate’s longest engagements ever. She really loves the fun events.

For the first part of the day, Kate wore a Land Rover BAR Aura Half Zip Women’s top with her title printed on the back (as I mentioned above, William wore a matching top with his title on the back). Underneath, Kate went with her ME + EM Breton striped top. She of course went with navy skinny jeans and her Sebago Bala boat shoes. For jewelry, Kate went with her Annoushka Pearl Drop Earrings and Mappin and Webb Fortune pendant.

Later Kate changed into her Zara double breasted navy blazer first seen in New Zealand and the Stuart Weitzman Wedges of Doom to present a trophy and medals to Ben and his team. They were determined the winner based on Saturday’s results.

Kate really needs to get a new “casual” outfit. She wears the same pieces, or similar pieces, every single time she does a casual/sports event. At least she hair was up, I guess.

Kate and Ben are so adorable together. And William is so out of place.