Does Pippa Middleton do more for charity than Duchess Kate?

You might think this is a silly question, of course Kate Middleton, the Duchess of Cambridge and wife of Prince William, does more charity work than her little sister Pippa Middleton, who is not even married to the 2nd in line to the British throne and has no title to speak of (though she clings to that signet ring like her life depends on it). But does Kate really? 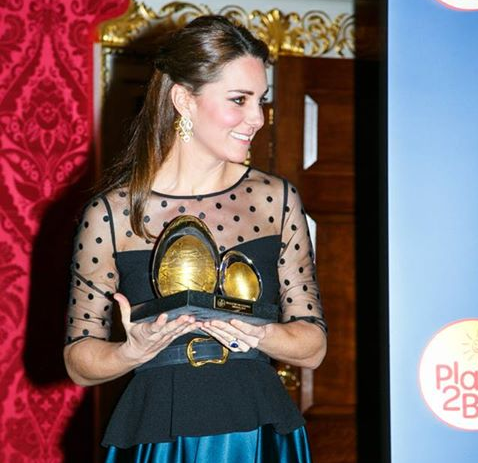 Now, it is important to note that the most excursion Kate ever did during the 2014 charity visits was hand out awards and play with some kids. Kate did give a speech on palliative care, but that was during the Australia tour and not at one of her actual charities. But let’s be generous and count that. In 2015, during her public charity appearances the most Kate did was play with some kids. Though she did record a video message about Children’s Mental Health Week, gave a quote to the Times about children’s mental health, and wrote a letter of support for Children’s Hospice Week.

The amount of awareness and money Kate raises for her charities, though, is not calculable. At least not by me as I do not have access to those charity’s finances and whatnot to see if there was a bump in site hits and donations after Kate’s appearances. 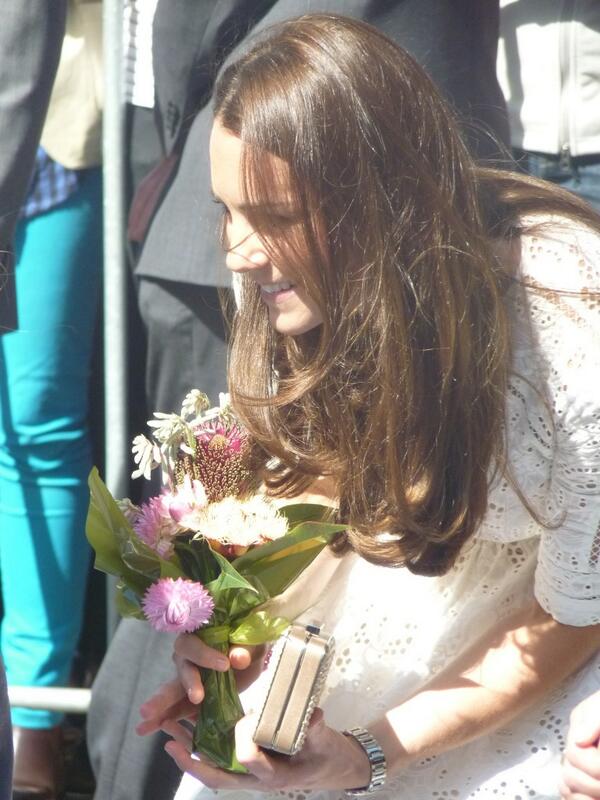 Pippa became an ambassador to the Mary Hare School for deaf children in Berkshire in April 2013, and an ambassador to the British Heart Foundation (BHF) in June 2014. Since then she gave a speech at a Women in Advertising and Communications dinner, competed in a 3,000 mile Race Across America in support of the BHF in June 2014, auctioned the bike she used in that race with proceeds going to the BHF in August 2014, attended the launch of the London to Brighton bike ride in January 2015, attended the Roll out the Red Ball charity auction in aid of the BHF in February 2015 where she also auctioned one of her dresses, attended Disability Snowsport UK’s first ParaSnowBall charity ball in March 2015, she recently teamed with designer Tabitha Webb to create a two-piece limited edition collection to raise funds for the BHF one of which she wore to a tennis match the other day, and competed in the London to Brighton bike ride on June 21 (with James Middleton) which is also in aid of the BHF. Pippa has also done several ski races for charity, including one in Sweden in 2012.

Not only does Pippa show up to these events, and compete in them, she gives statements about them, too.

Of her 3,000-mile US race, she said: “Every inch of the 3,000 mile race was worth it, to help the BHF fight heart disease. I wanted to complete this challenge to help raise awareness of the importance of heart health after learning that coronary heart disease kills nearly three times more women than breast cancer.”

Of her collaboration with Webb, she said: “It was great to collaborate with Tabitha to design the style and look of the dress and scarf. As an ambassador of the British Heart Foundation, I’m delighted that all the profits of the sales will go towards their lifesaving research into heart disease. Creating the limited edition pieces was a fun and creative way to fundraise for the BHF London to Brighton cycle challenge.”

Of the London to Brighton race, she said: “As a keen cyclist, I am thrilled to be involved in this milestone year of the London to Brighton Bike Ride. This event is testament to the fact that cycling is such a great inclusive sport that everyone can enjoy and at the same time, through the money raised, it continues to help millions of people affected by heart disease.”

Giving a short statement about her charities… isn’t that what we keep asking Kate to do?

It’s been said before that Pippa’s cycling and skiing to raise money for charity is just an excuse for her to cycle and ski and is fairly frivolous in terms of charity work, and maybe so, but she is legitimately getting out there and competing in these events, and I have to give her props for that. Pippa gets a lot of criticism for her terrible book, terrible articles, and overall famewhoring, and it is all well deserved, but she seems to have also carved a little charity hole for herself, too.

Kate may do more charity engagements and have more charities she is patron of, but Pippa spends more time and effort raising money for her one charity than Kate does with any of her eight.

So, back to the title question, does Pippa Middleton do more for charity than Duchess Kate? In terms of straight platform and reach, no. Kate is the more popular and well known sister; she will always have a bigger platform and wider reach. In terms of actual effort and time devoted to raising money for charity, I would say yes. Not only does Pippa show up, she competes in physical races, and she gives statements about the charities which is something we say Kate should do. So from a pure effort standpoint, I would say yes Pippa does more for charity than Kate.

I have not covered the Pipster in quite a while, other than in relation to Kate, so you might wonder why I am suddenly lauding Pippa’s charity work. Full disclosure, I read about Pippa’s recent bike ride on Celebitchy, which prompted my title question by saying “it sometimes seems like Pippa does more actual work with her charities than Kate ever does”. I heard about Pippa’s charity work and races over the last year but didn’t pay too much attention, so I wondered whether Pippa really did do more than Kate. Then I went down the internet rabbit hole trying to find out. And out of internet Wonderland came this post.

Don’t get me wrong, there is a lot to criticize with Pippa, but shifting the focus to charity work is probably a good move for her. And please, stay away from American TV. No one wins if you do American TV.

PS. Come on, Kate. I know you can be better. Please, please, please take a lesson from your sister and be better!

PPS. The royal finances will be released today, the Queen starts a 3-day State Visit to Germany today, and William and Kate are rumored to be attending Wimbledon next week.

194 thoughts on “Does Pippa Middleton do more for charity than Duchess Kate?”