Prince William did some stuff the last three days. I was going to include William’s stuff in the British round up part 3, but the post got too long, so I split it up. The Duke of Cambridge traveled to Switzerland for United for Wildlife, he did an investiture at Windsor Castle, and he visited the Women’s Football team. He mentioned his new daughter, Princess Charlotte, and said there have been some sleepless nights since she arrived. I’ve been mostly avoiding talking about Kate Middleton, Duchess of Cambridge, because of the Kate Overload that happened for a few weeks there, but there is an interesting article I want to bring up, so that’s at the end. **Update at end of post**

Prince William, otherwise known as William the Petulant, stuck his head out of his hidey-hole to attend meetings in Switzerland for United for Wildlife on Monday, May 18. 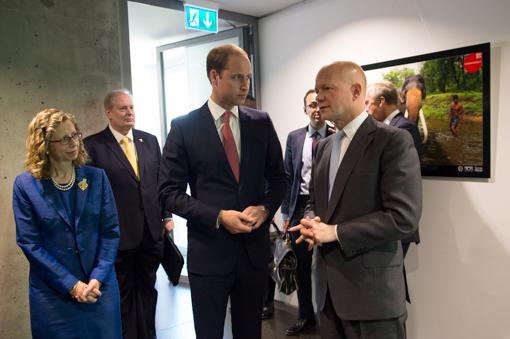 Then on Tuesday, May 19, The Petulant was back in the UK, this time in Windsor, for that days investitures. News from that day… William gave a Princess Charlotte (the Unseen) update: He said, “She’s fine, she’s good.” ^Ah, it’s so lovely to read him talk so lovingly about his daughter.^ Anyway, People has lots of quotes from people who received their orders saying that William was really talkative and invested in them and how they were surprised he showed up given his paternal duties. Sugary goodness.

Today, The Petulant, as President of the Football Association, was at The National Football Centre at St. George’s Park in Burton-Upon-Trent (which The Petulant and Kate the Silent opened in 2012) where he met with the England Women Senior Team – who are heading to the World Cup. The Petulant received a little jersey for Charlotte, with her name on the back. No gifts for Prince George (the Bruiser, the Tantrum-Thrower, the Bilby-Puncher). Your time is over, little dude!

Steph Houghton, Captain, said of The Petulant: “He said George is very lively, and Princess Charlotte has been keeping him up all night, giving him a few sleepless nights. But he said he was just happy to have them both here.”

Jill Scott, team member, said of The Petulant: “He’s a normal guy and just wants to have normal conversations. He said he’s had a few sleepless nights with Charlotte, which also reflects he does have a normal life away from his duties as Prince.”

Sleepless nights? Poor, poor Prince Petulant, the totally normal guy. I guess the nannies and Carole are falling down on the job. The Petulant needs his beauty rest!

Another interesting piece of Cambridge press comes from the DM, who wrote:

Having provided the Windsors with ‘an heir and a spare’ why is the Duchess of Cambridge described by some courtiers as ‘the prickly princess’?

Because Kate’s content to be a stay-at-home mum. Ensconced in ten-bedroom Anmer Hall, she feels no pressing need to do otherwise.

Materially, the couple have William’s air ambulance wage of £40k, plus around £1million a year Duchy of Cornwall income and about £200,000 annual interest from the estate of Princess Diana.

My source says: ‘William agreed to a number of conditions about what was expected of her but attempts are being made by courtiers to amend them.’

1) The Petulant’s air ambulance wages are supposed to be going to a charity, not The Petulant’s bank account.
2) The Cambridges get £1million a year from the Duchy of Cornwall? Is this million Charles paying for everything, or is this million on top of Charles paying for everything?
3) The Silent not doing sh-t is apparently all The Petulant’s fault because the Petulant agreed to the Silent not doing sh-t as part of their marriage contract.
4) Haha, Will and Kate’s marriage is a contract. Some already guessed that, but lol at a “source” confirming it (or even if it’s just the DM making it up, still lol that they went ahead and included it).

Anyone want to play Caption This! with this photo:

Apparently The Petulant is reveling in not being at home with his wife and babies, because he was not in Norfolk again today. He was in London doing more investitures. One of the recipients of an honor was Sheridan Smith, and actress on the sitcom Gavin And Stacey. And guess what guys, the Petulant is totally a fan of the show!! Shocking, I know. I mean, it’s not like the Petulant is a fan of every damn show by every damn actor he ever meets or anything.

The Duke of Cambridge presides over today's #investiture at Buckingham Palace pic.twitter.com/tX2vvmuf6H

This is something that I was going to put in but forgot about. So I’ll add it in the update, since I’m doing an update. Apparently the birth of Princess Charlotte counts in the online Court Circular as an official engagement. Not the presentation of the baby to the press, the actual birth. And it doesn’t just count for The Silent, it counts for The Petulant as well. Although I think the presentation of the baby would be stretching it a bit in terms of calling it an actual official engagement, I could kind of understand if that was what was being counted, but the actual birth? And for William, too? That does not make any sense to me. The birth of a child is not an official public engagement, even if you are royalty. Nothing like this shows up for George’s birth on July 22, 2013.

One last thing: I’m loving the captions you guys are coming up with!