Less than 12 hours after giving birth to her new daughter, Kate Middleton left the Lindo Wing with Princess Cambridge – Prince William was there, too.

Kate and William came out for the photo op, presenting Princess Cambridge to the press and waiting crowd, but unlike last time with Prince George (who went back to KP following his visit to the hospital) the royal couple did not speak to the press before getting into their Land Rover and going home to Kensington Palace. Kate and William briefly held hands as they walked to their car.

Kate wore a yellow bespoke Jenny Packham silk shift dress with a buttercup print, her Annoushka pearl drop earrings, and her nude “Gilbert” pumps from Jimmy Choo. I’m genuinely surprised at the yellow dress. I thought for sure she would wear red.

Princess Cambridge was wrapped in a shawl from GH Hurt and Son Ltd. She looks like she has brown hair like Kate, but George also looked like he had brown hair when he was born and then his hair turned blonde later. So we’ll see about Princess Cambridge’s hair color.

**It looks like this video will not play, but it will. There just isn’t an image there when it is not playing. 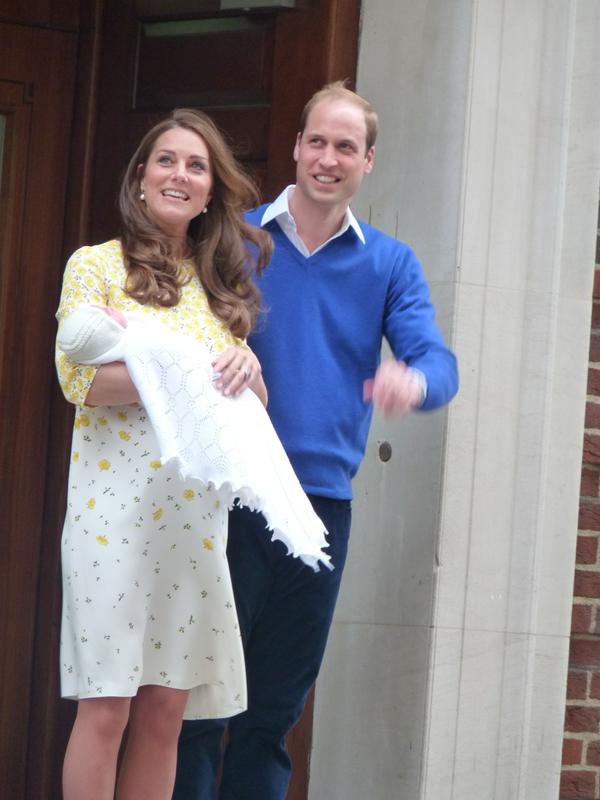 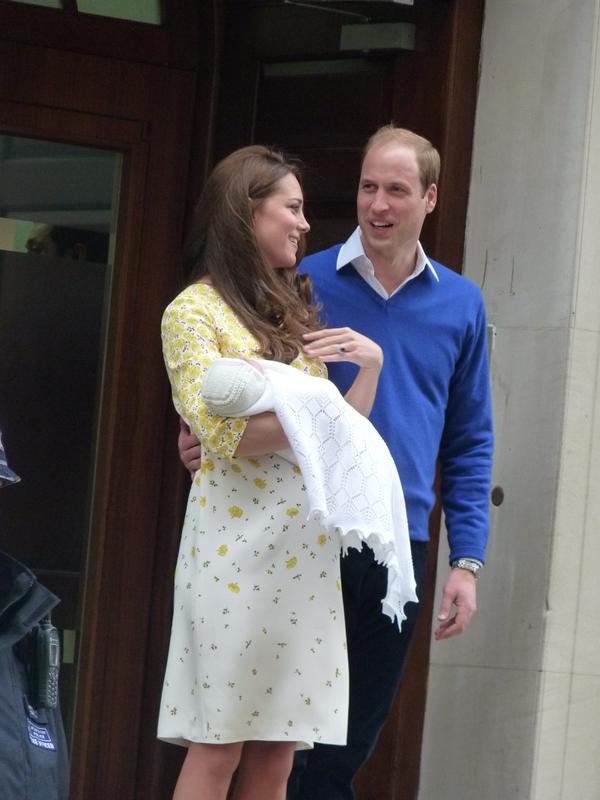 William also held Kate’s hand to help her down the stairs when they first walked out.

195 thoughts on “Kate Middleton and Princess Cambridge leave the hospital”