CONFIRMED: Kate Middleton is in labor

Kensington Palace confirms: Kate Middleton is in the early stages of labor. She was admitted to St. Mary’s Hospital at 6AM GMT after being driven by car from Kensington Palace with Prince William.

A bit of the scene outside the Lindo Wing: Press gathering out front, armed police officers around the side, and members of the public have started showing up as well. 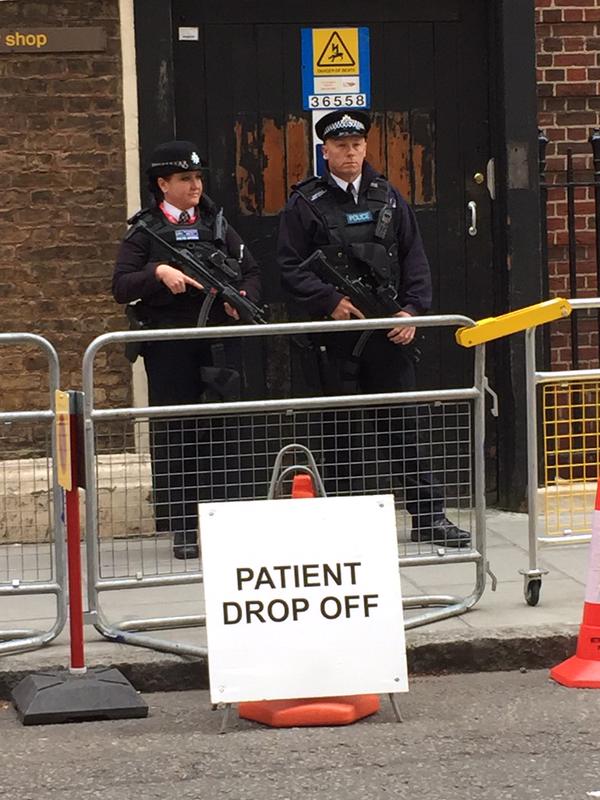 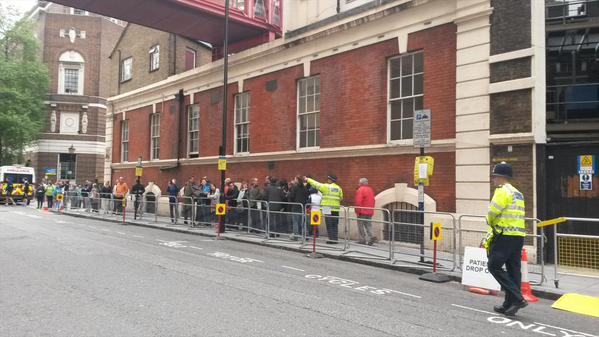 KP says Kate’s labor is progressing normally.
KP says all royal family members were informed this morning.
Prince George is at Kensington Palace with Nanny Maria and his grandparents, Carole and Michael Middleton. 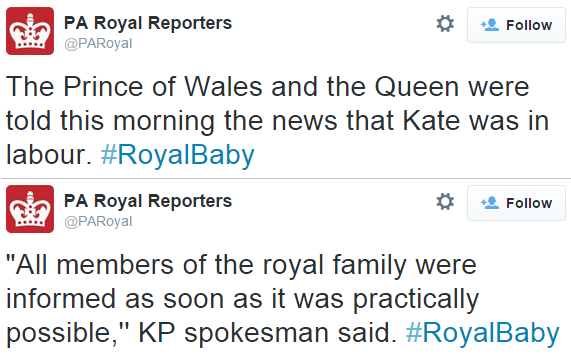 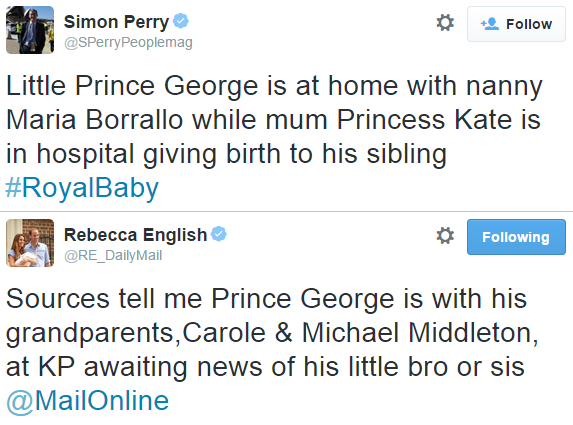 KP confirmed Kate was admitted to the Lindo Wing in early stages of labor.

10 thoughts on “CONFIRMED: Kate Middleton is in labor”