Births Kate Middleton Princess Charlotte Elizabeth
May 2, 2015May 12, 2015 by katemiddletonreview51 Comments on CONFIRMED: It’s a girl!

Kensington Palace confirms: Kate Middleton gave birth to a daughter weighing 8lbs 3oz at 8:34AM GMT. Prince William was present for the birth. Both Kate and Baby Girl Cambridge are doing well. The Queen, Prince Philip, Prince Charles, Camilla Duchess of Cornwall, Prince Harry, and the Middletons have been informed and are “delighted”.

Kate gave birth very quickly. She was admitted at 6:00AM GMT and gave birth at 8:34AM GMT. That also means they waited almost three hours before informing us of the birth.

Baby Girl Cambridge is now fourth in the line of succession and will be titled Her Royal Highness Princess [Name] of Cambridge. This is HM’s fifth great-grandchild (4 girls and 1 boy).

Links to the live streams: Telegraph. Mirror. ABC. **I’m embedding the Telegraph live stream at the end of the post. 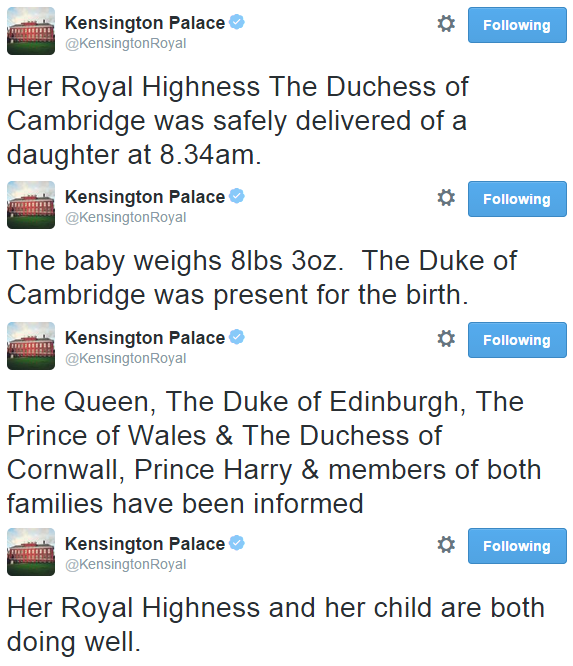 A town crier came out to announce the birth. 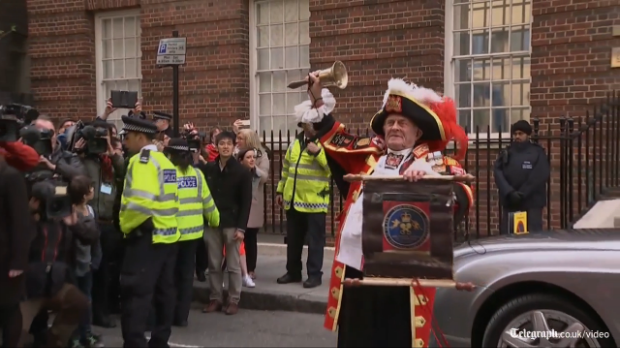 I don’t want to be rude or anything, but damn I was really hoping for a boy.

Telegraph live stream embed (for whenever something actually happens):

Here is a better picture of the town crier and some of the crowd and media gathered outside the Lindo Wing. Plus the Royal Navy wrote a message for George. 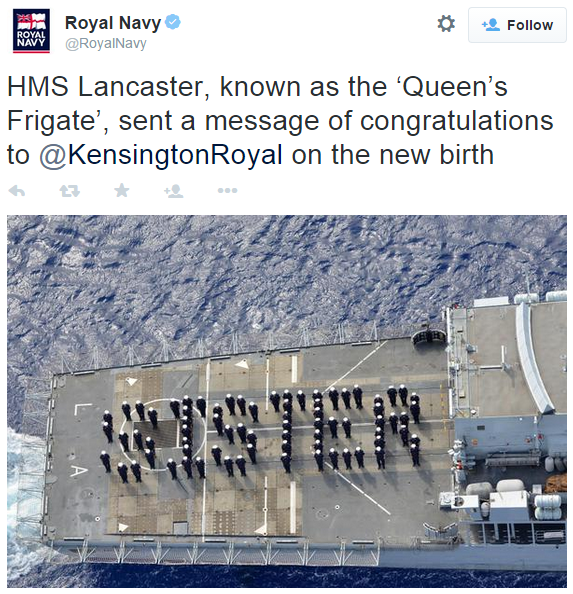