Royal Round Up day! I’ve already covered Charles and Camilla in USA and Willem-Alexander and Maxima in Denmark in separate posts. For this post, we’ve got a Kate Middleton mention, Prince William hanging with Queen Elizabeth, Crown Princess Victoria and Princess Madeleine doing there thing, an update on Prince Carl Philip‘s wedding to Sofia Hellqvist, the Queen Letizia run-down, and a tiara sighting from Queen Sonja of Norway.

According to People, Kate Middleton took Prince George to London’s Science Museum on Thursday. The museum has a ‘multi-sensory gallery’ targeted at young kids, which is apparently where Kate took George. It was just Kate, George, and the protection officers. No mention of friends, Carole Middleton, or even Nanny Maria. Mother-son bonding time before the new baby arrives?

On Wednesday, March 18, while Kate was busy wearing polka dots and actually talking loud enough for journalists to hear her, Prince William was busy “training as the future king”. William accompanied The Queen while she received the Ambassador of Austria (man in tails) and the Ambassador of the Republic of Nicaragua (woman in yellow) at Buckingham Palace and presented them with their credentials.

According to the Express: “Aides confirmed it was part of his training as a future King and said William, 32, had been keen for some time to observe her performing this particular duty.” Why William cares so much about palace audiences I have no idea, since he doesn’t seem to care about any other aspect of his future (or current) role. Maybe HM forced him to be there?

Is this a dig at Charles? “Clarence House officials said they were sure Prince Charles must have observed his mother at audiences when he was younger but they could not find any record of it.”

In other William news, he made a “private” visit to the Government Communications Headquarters in Cheltenham, Gloucestershire. Why is it worth mentioning? Because he took the royal helicopter at a cost of about £8,000 to the taxpayer for his private visit, even though under government rules the royals have to pay for their own private visits. Why was William even there? What craps does he give about doing anything royal related? Or was he there because of his own paranoia over someone spying on him? 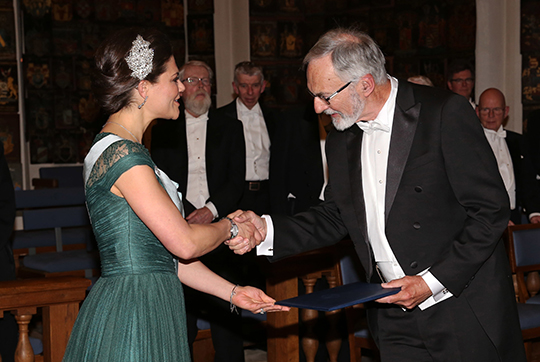 Crown Princess Victoria attended the annual meeting of the The Royal Swedish Academy of Letters, History and Antiquities at the House of Nobility in Stockholm on Friday, March 20. The Royal Academy is a scientific humanities and social science academy with a mission to promote research and other activities in the humanities, social sciences, and cultural heritage. It was founded on March 20, 1753. Victoria handed out medals and scholarships.

The Friday before that, March 13, Victoria attended Swedish ICC (International Chamber of Commerce) annual meeting, held at the Grand Hotel in Stockholm. 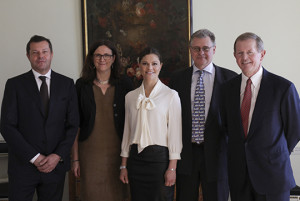 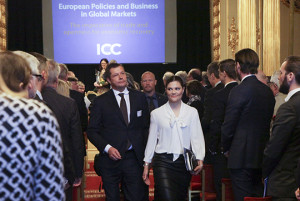 Victoria repeated a teal tulle and lace gown she previously wore at the Parliamentary Dinner in October 2014, and the Jenny Packham headpiece she previously wore to the Childhood gala dinner in September 2014. For Friday’s event, she completed her look with the Order of the Seraphim and the miniature portrait of the King.

Previous wearings for a better look at the pieces: 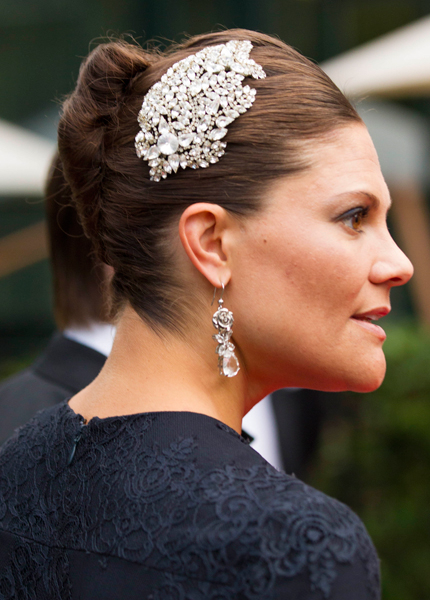 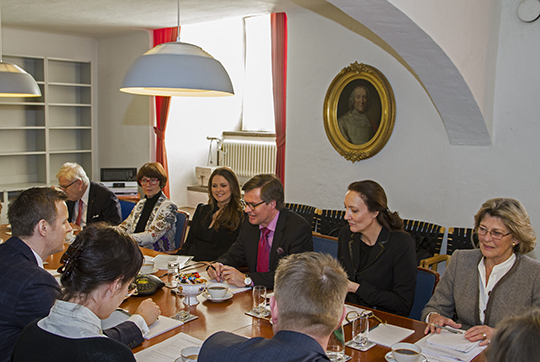 Princess Madeleine attended the World Childhood Foundation board meeting at the Royal Palace in Stockholm on Tuesday, March 17. 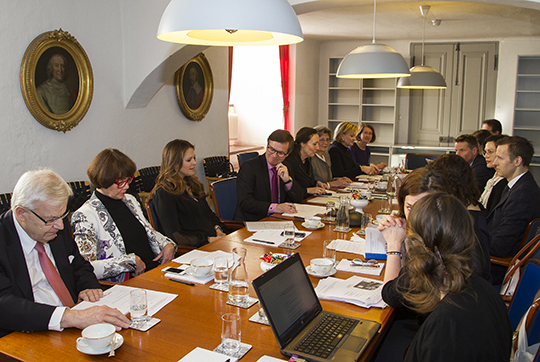 The Swedish Royal Palace released more details of Prince Carl Philip‘s wedding to Sofia Hellqvist. There will be a private dinner on Friday June 12, and the wedding will take place on Saturday June 13 at 16:30 (4:30 PM) in the Royal Chapel followed by dinner in the White Sea and dancing in Karl XI’s Gallery.

In more “catch up on things I missed last week” news: Queen Letizia and King Felipe made an unannounced appearance at the opera on Friday, March 13. They attended the opera ‘El Publico’ (The Public) at the Royal Theatre in Madrid. Leti wore a white silk blouse and black trousers, and her Lodi “Sara” pumps.

Onto this week: On Monday, March 16, Letizia attended a board meeting of the UNICEF Spanish Committee Foundation as Honorary President of the organization. The board discussed the priorities of the organization and its strategic plan to continue to achieve results for the most vulnerable children worldwide. Leti wore recycled navy and white boucle jacket, a silk blouse and black trousers from her favorite Hugo Boss, and black patent pumps. She wore her Chanel ‘Comète’ stud earrings.

Leti was out and about on St. Patrick’s Day just like Kate Middleton, but Leti didn’t attend anything St. Patrick’s Day related, instead she went to the opening of the art exhibition of Kunstmuseum Basel at the Museo Nacional Centro de Arte Reina Sofía. Also unlike Kate, Leti gave a nod to the holiday with her outfit, choosing a teal dress and shoes she’s worn three times now. The dress is a custom Felipe Varela teal tweed dress (with a random non-tweed back), and the shoes are custom Magrit teal suede pumps. Leti wore new earrings from Monica Vinader, the Green Onyx “Siren Wire” Earrings ($190).

Let’s add one more to the Tiara Tour: Queen Sonja of Norway with the Latvian president for a gala dinner in Olso at the Royal Palace on March 18. Sonja wore the pearl and diamond tiara and the Order of the Three Stars (Latvia). Sonja wore a long-sleeved lace dress with lots of ruffles on the skirt. No offense to Sonja, but this has got to be the absolute worst entry into the All Lace Dress Club (even though it’s not technically all lace due to the ruffles, I’m counting it because it still has way too much lace).