Time for another royal round up! This time there’s Queen Letizia, Crown Princess Victoria, Sophie Countess of Wessex, and Princess Charlene. With cameos by King Felipe, Prince Daniel and Princess Estelle, and Prince Albert. Camilla, Duchess of Cornwall was going to be in this post, but she gave so many great quotes that she got her own post. **I stuck a Kate Middleton rumor on as I just saw it.

According to a Katie Nicholl article in the Daily Mail, Duchess Kate plans to hire a maternity nurse to help out as soon as Baby Cambridge 2 is born and lasting at least three months. A live-in maternity nurse “carries out all duties relating to the care of mother and baby in the first few weeks after a birth.” From what I understand, a maternity nurse basically takes care of the baby instead of the mother and even gets up in the middle of the night to tend to the baby instead of the mother. A lot of celebs and rich people have them.

A ‘source’ said: “Kate and William loved the early weeks with Prince George but it was hard work and the sleepless nights took their toll. Kate especially was exhausted.” Um.. Kate said William wasn’t even around for the first, like, six weeks after George was born because he was in Wales and Kate and George were in Bucklebury. So of course the “sleepless nights” didn’t take their toll on William; he got plenty of sleep in Wales. And didn’t they hire Jessie Webb after only a month or so? They had her by, like, September. And they went directly to Carole’s house after the birth so that Carole could take care of Kate and George. Plus, Emily Andrews from the Sun says she’s pretty certain they did have a maternity nurse last time even though the press didn’t report it. So it’s not like they didn’t have any help last time, come on now. What made me giggle was this, “Kate is said to be keen to resume her charity work ‘as quickly as possible’.” Hahahaha, suuuure. Prove it. 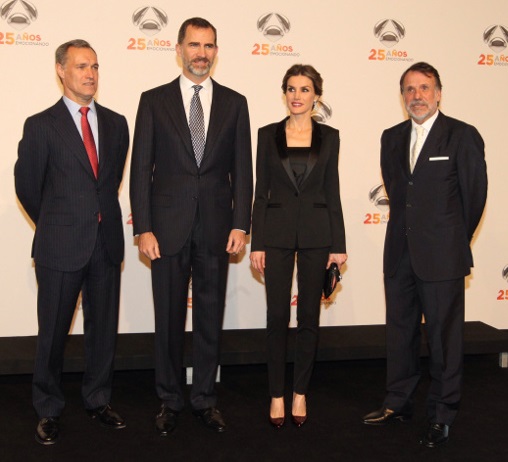 Queen Letizia kept busy last week with five engagements. Letizia started her week on January 27 by attending a board meeting of the Spanish Federation of Rare Diseases (FEDER). The topics of the meeting were the plan for 2015 as well as the results of 2014. Leti wore a short red Uterque pea coat, Hugo Boss grey trousers and black Gucci “Jolene leather mid-heel pump” (and a black shirt under her coat). Leti wore her Links of London “Hope Egg” White Topaz earrings (Kate has the same earrings).

On January 28, Leti joined King Felipe to open the 35th edition of the International Tourism Fair (FITUR) – a five day event that brings together more than 9,000 companies from 165 countries with 200,000 visitors. Letizia wore a grey Hugo Boss wool pant suit she previously wore in 2012, with a new Hugo Boss blouse underneath. Leti wore flat oxford shoes which I’m sure were more comfortable since she was on her feet for a long time, but they look like men’s shoes and don’t really work. Not a fan of this outfit.

On January 29, Felipe and Letizia received a representation of those attending the 1st International Symposium on Cancers of the Skin before heading to the 25th anniversary of Antena 3 (a Spanish television channel). Leti wore Hugo Boss again, this time the BOSS Jawona wool bend blazer and BOSS Tawona tuxedo-stripe pants. Leti wore a new pair of heels from Lodi, the “Sara Rodas” black and burgundy heels. Leti wore her white gold diamond chandelier earrings. I think this is my favorite look from Leti ever.

On January 30, Letizia opened the 1st International Symposium on Cancers of the Skin where she gave a speech warning about skin cancer. For the symposium, Leti basically repeated an entire outfit and accessories from November 2014. She wore her charcoal grey Felipe Varela ruffle detail dress, Magrit charcoal grey heels, and Links of London Hope Egg earrings. 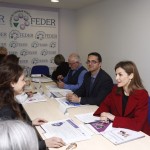 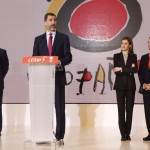 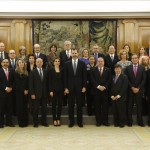 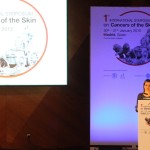 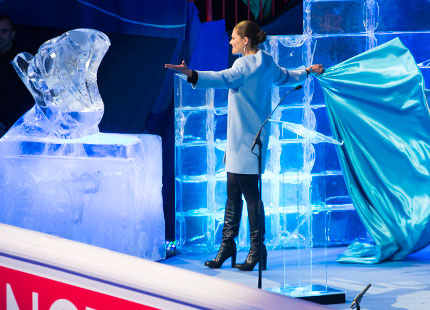 Crown Princess Victoria was a busy bee last week as well. Victoria attended an information cabinet meeting with her father on January 26, and traveled to Poland for the Auschwitz memorial ceremony on January 27. On January 28, Victoria opened the European Figure Skating Championships as Patron of the organization and unveiled a giant ice sculpture of a skate. Prince Daniel and Princess Estelle joined her and they all watched the competition from the audience. On January 29, Victoria and Daniel gave a preference for Professor John Mullins. Later, Victoria attended the Stockholm Peace Talks seminar.

For the figure skating championships, Victoria went with an ice blue coat she’s worn before, black dress, and knee-high black boots she seems to love (I don’t). Estelle wore a beige and black coat from Livly, her go-to brand. For the preference, Victoria wore a Victoria Beckham graphic printed crepe shirt she previously wore on her second day in Silicon Valley on January 19. For the Peace Talks, Victoria wore a purple coat and black dress. 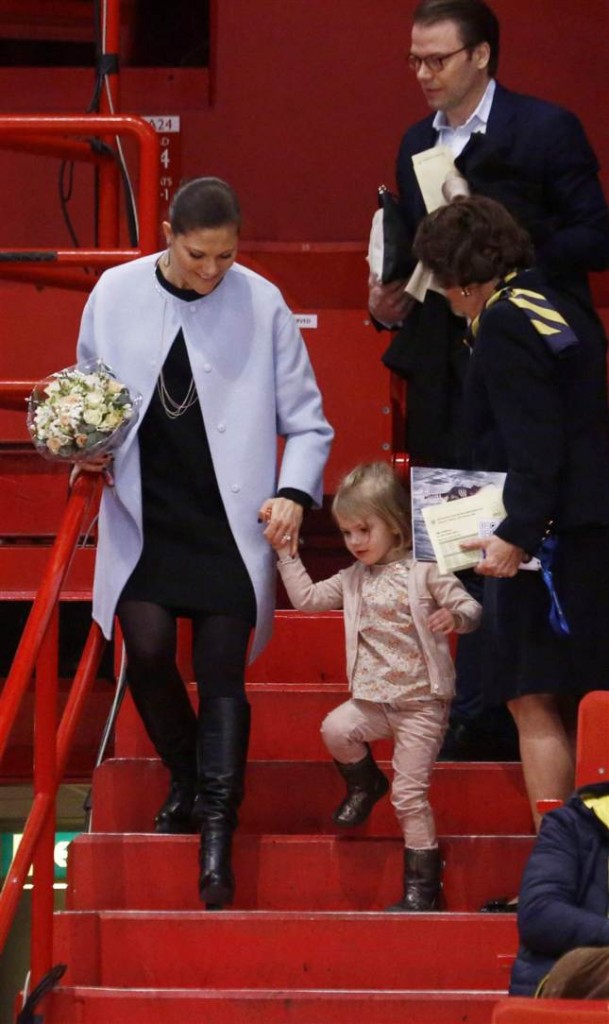 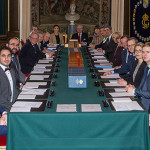 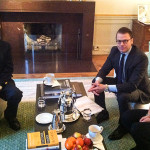 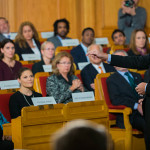 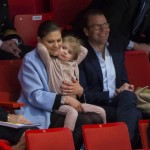 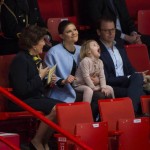 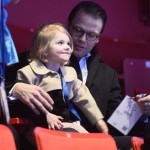 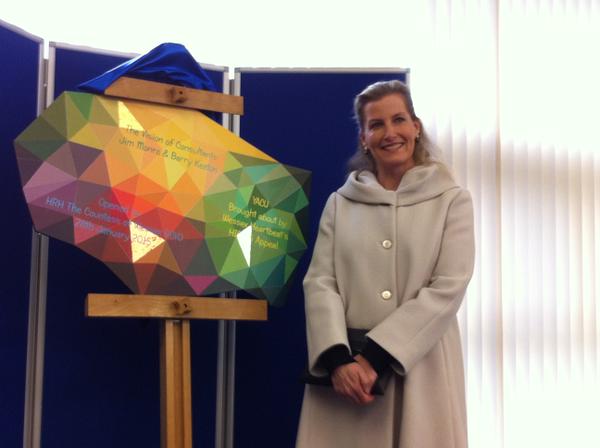 On January 28, Sophie, Countess of Wessex was in Hampshire for three engagements. First, Sophie opened the new young adult cardiac unit at Southampton General Hospital in her role as Patron of Wessex Heartbeat. The photo above is from this visit, as well as the video below. Before she unveils the plaque, Sophie gives a mini speech (starts at 0:36 in video below). After opening the cardiac unit, Sophie visited the Stable Family Trust which supports people with learning disabilities lead ordinary lives. Later, Sophie visited The Sebastian’s Action Trust respite house, The Bluebells. Here is a link to an article with a video of Sophie saying a few words before unveiling the plaque at the Bluebells.

See, saying a few words at an engagement doesn’t have to be hard.

On January 26, Princess Charlene stepped out with Prince Albert for the celebrations of Sainte Devote, Patron Saint of Monaco. They set fire to a fishing boat as per tradition. Charlene looked really happy and even gave Albert a kiss. Charlene wore a nice grey coat and black flat boots, black gloves, black scarf, and carried a black clutch. Her hair looked much better for this outing, having swooped her horrible bangs to the side.