Ahead of Kate Middleton‘s visit to Portsmouth tomorrow, let’s check out the poll results! I was actually quite surprised by a lot of the results. Not necessarily the majority picks, but by the runners up. Also, two other bits of Kate and Prince William news.

First bit of news, she and William and Prince George (and Nanny Maria who is not pictured) flew back to London from Mustique last Friday, and were pictured boarding an airplane in St. Lucia. William is carrying a floral bag, because he’s so normal you guys, and Kate is carrying George, because she’s such a hands on mother you guys. William is president of BAFTA and there was a pre-BAFTA event held in the state rooms at Kensington Palace Saturday night which for some reason people thought William and Kate were hosting. They weren’t. William also didn’t show up to the BAFTAs though he did last year. Instead, Will recorded a tribute video to Lord Attenborough which played at the ceremony. I don’t think William was ever scheduled to attend. A Kensington Palace spokesman said: “Sadly, the Duke was not able to attend this year due to prior commitments.” LOL, what prior commitments? Did they mean his Mustique vacay? William hasn’t done a damn thing this year (and shockingly Kate has done three days work with two more planned). Is William even still bothering with the whole air ambulance pilot thing?

Will and Kate carry their own bags (and baby) on their way home from Caribbean http://t.co/hUKx0D2kf6 pic.twitter.com/5WQESAw2hV

Second bit of news, apparently Kate made a “private” visit to Bethlem and Maudsley Hospital School in Beckenham, Kent on behalf of Place2Be yesterday, February 10, and stayed for an hour and a half and apparently played the ukulele with some kids. Even though the visit was “private” and there were no reporters, it was still counted in the Court Circular. Huh. They flew back from Mustique in time for the BAFTAs, yet William skips it and Kate makes a private visit mere days after returning home. Did the world go bonkers while I was sleeping? Since when does Kate (the Duchess of Doolittle as a lot of people have dubbed her) make more engagements than William?

#Kate spent around an hour and a half meeting youngsters and staff at the Bethlem and Maudsley Hospital School in Beckenham, Kent

Six months pregnant #Kate, who just returned from holiday in Mustique, was there in her role as patron of charity @Place2Be

The #DuchessofCambridge‘s visit was not publicised in advance, but appeared in the Court Circular – the daily list of royal engagements. — PA Royal Reporters (@PARoyal) February 10, 2015

Dr Ivens praised #Kate’s ukulele playing. “She kept up with them,” he said and joked: “There’s a career there.” #georgeformby — PA Royal Reporters (@PARoyal) February 11, 2015

UPDATE: Apparently Kate made a second private visit, attending a reception as patron of the Royal Foundation to discuss its support of palliative care hospices for children. Kate is patron of EACH.

#DuchessofCambridge has attended a reception as patron of #royalfoundation to discuss its support of palliative care hospices for children.

#royalfoundation is looking at ways to support hospices for children with life threatening illnesses. Kate is patron of @EACH_hospices

Now on to the poll results! 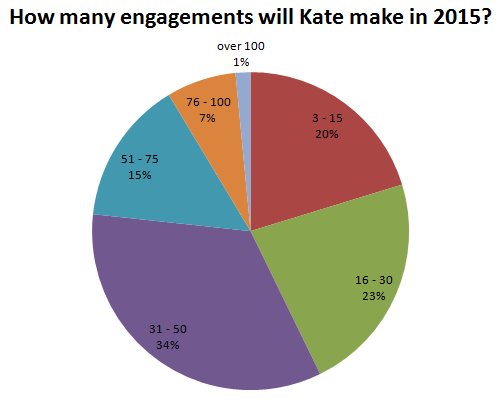 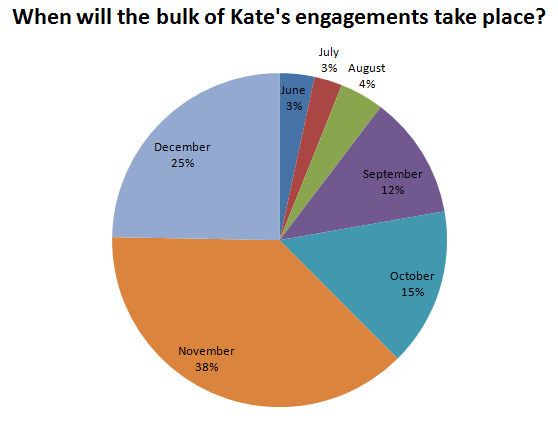 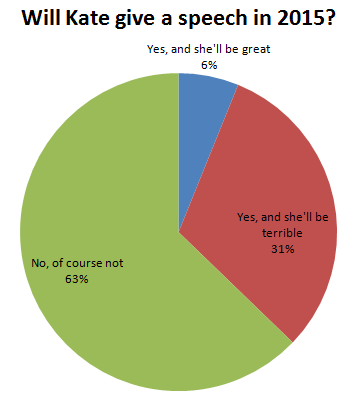 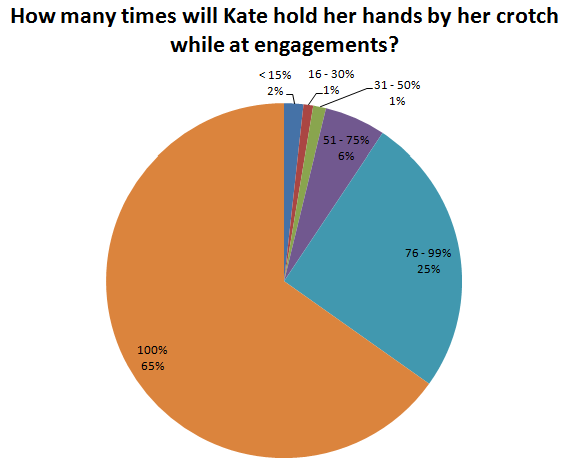 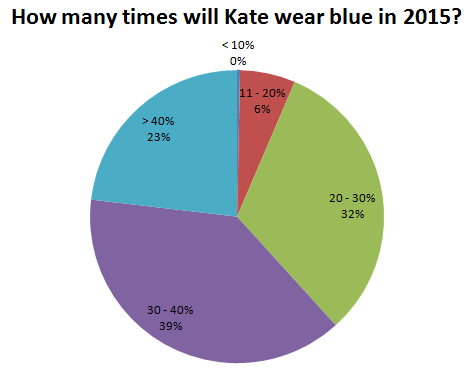 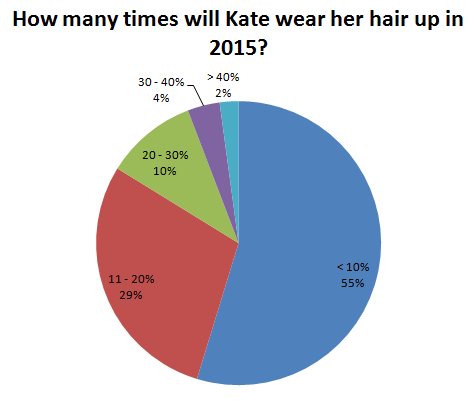 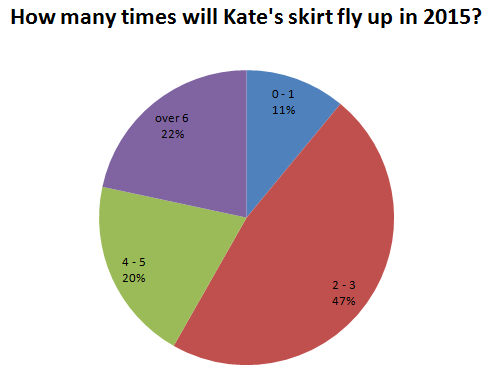 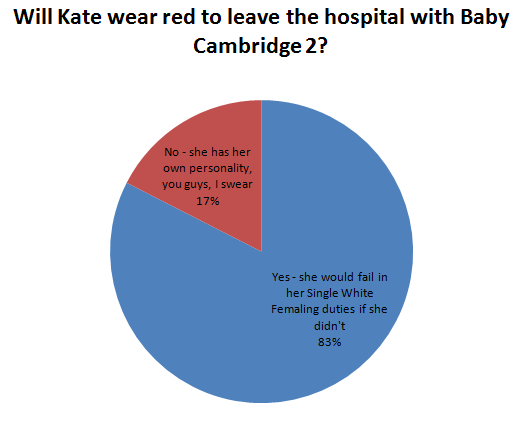 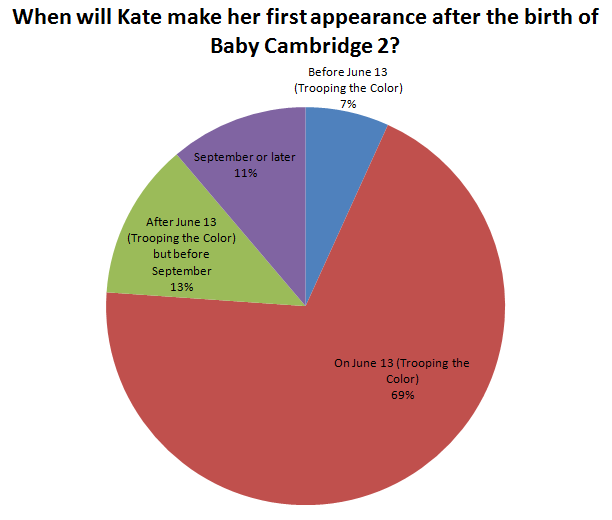 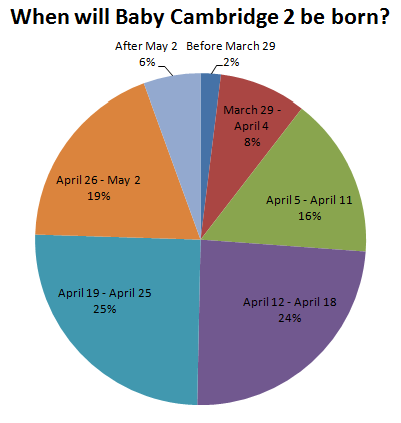 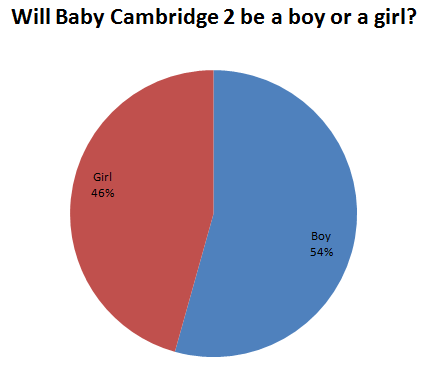 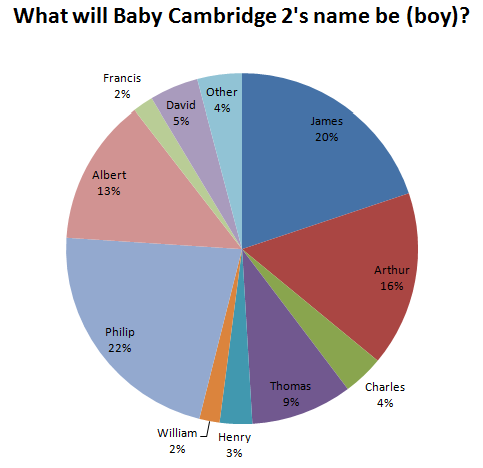 This has been fun; I can’t wait to see what happens. Thanks everyone for participating! We should get our first comparisons sometime in April whenever the new royal Grumpy Face arrives. And of course I’ll be on the lookout tomorrow to see if Kate wears blue, her LK Bennetts, or clutches her hands to her crotch.