February 16-22 is Children’s Mental Health Week in the UK (according to Place2Be, which is launching the UK’s first Children’s Mental Health Week this week), and Kate Middleton put on her best “I’m so sad” face to speak in a video message on behalf of her patronage. Kate recorded the message at Bethlem and Maudsley Hospital School last week – so now we know why she was there. 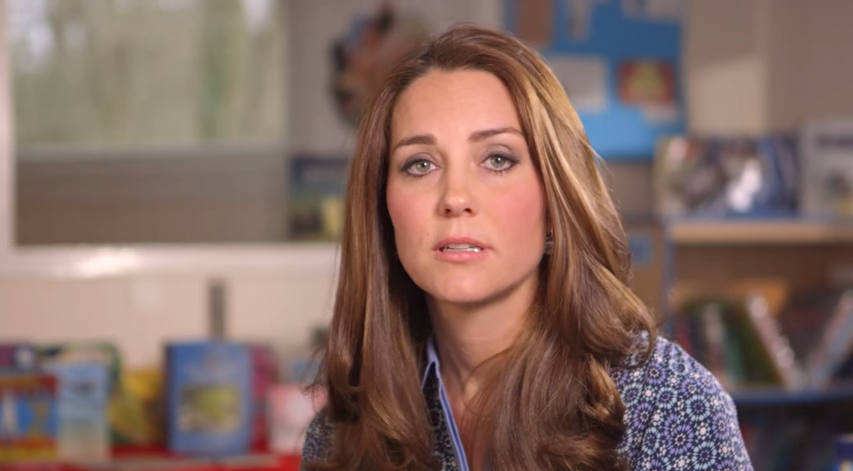 In the video, Kate talks about the importance of preventing children’s mental health problems from becoming worse as they get older, saying she has seen many children struggle to cope with bullying, bereavement, family breakdown, and other issues, which can lead to depression, anxiety, addiction, and self-harm. Adding, the stigma around mental health means many children do not get the help they need. Her message is very buzz-wordy, but at least it’s something.

A Kensington Palace spokesman said: “As royal patron of Place2Be the Duchess of Cambridge is a committed champion of issues related to children’s mental health and emotional wellbeing. Her Royal Highness has seen that issues such as addiction, poverty, abuse, neglect, loss and illness of family members, can have a long-lasting and traumatic impact if left unsupported. The Duchess of Cambridge is especially concerned with early intervention mental health support for young people, to tackle these issues at the earliest possible stage, so that children have the brightest possible futures, as they deserve.”

Mental health is a subject that is very personal for me. It’s a subject that people still sweep under the rug because talking about it makes them uncomfortable. There IS a huge stigma around it, especially depression and suicide. Not many people are understanding of those suffering from depression. Unless one has been through it, one cannot truly understand how depression and the negative feedback loop warp one’s perception of reality. The conversation about depression, and especially suicide, surrounding Robin Williams’ death last year disturbed me, because it highlighted the fact that most people have no idea how to treat people suffering from depression and suicidal thoughts.

I truly hope Kate is as “committed” a “champion” as KP says she is, because mental health is a serious issue and not something to be taken lightly and used for PR. I would love to see the conversation about mental health change. But whether Kate should be the champion of that, I’m not so sure. She’s never going to really do anything other than bring attention to the problem by showing up, getting her photo taken, and occasionally making a (buzz-wordy) video message or speech – and how much attention she will actually bring is up for debate. I would love for someone who could actually speak intelligently about mental health and those affected to be changing the conversation about it. But I guess some attention is better than none. I hope more parents get their children help. Good for Kate for actually speaking about the issue and bringing any attention to it she can (or should I be saying good for Jason for making Kate participate?). 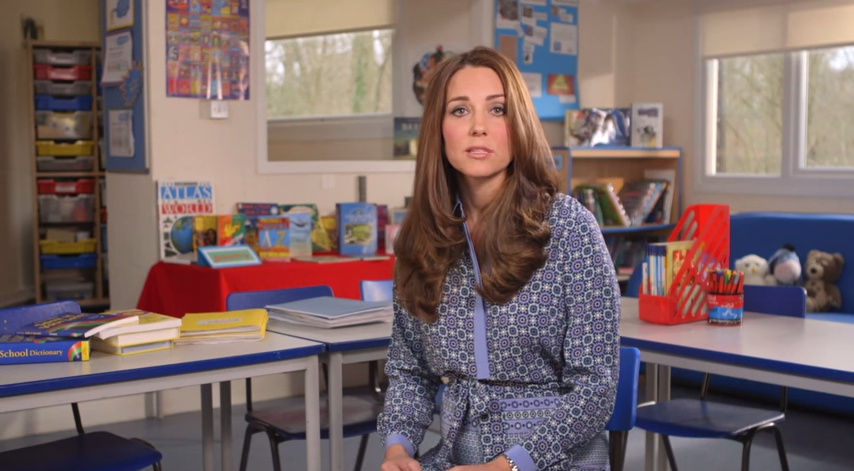 My feelings toward mental health are not going to stop me from ragging on Kate’s posture, because she has terrible posture. She is so hunched over! She’s not even leaning back against the chair, she’s leaning forward and hunched. Why? Sit up straight!!

Let’s talk fashion, because why not. Kate wore a new Jaeger Silk Tile Print Shirt Dress in Aquifer (£250.00), and her Kiki McDonough Green Amethyst Oval Drop Earrings (Did I ever mention how expensive these earrings are? They are £2,600.00). The dress seems really tight on her tummy. Like, uncomfortably tight. The dress is not maternity wear. 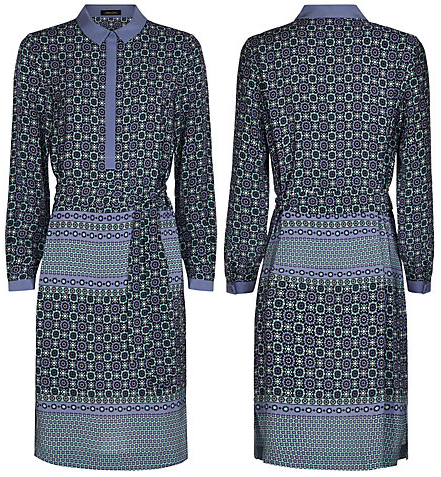 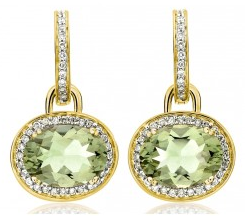 BTW, Kate still refuses to get public speaking training, as Rebecca English confirmed on Twitter, saying “I asked KP y/day whether Kate has received public speaking training and was told no, but I’m not sure I believe that!” Of course Rebecca English also sycophants over Kate’s speaking skills having improved or something, but I’m not sure I believe that! Check out Kate’s video message in support of Children’s Hospice Week 2013 for comparison. There really isn’t a difference except in her appearance.