While we wait for Kate Middleton to actually do something (on Jan 15 and 16, update below), here are a few year-end polls of Kate’s clothes from 2014 (I’ll have a look at other royal ladies’ 2014 fashion later). I separated Kate’s outfits into four categories: Dresses, Gowns, Coats, and Separates. I left out the pants outfits because they all look the same and there is no point picking a favorite out of those. In each category I separated the outfits by color, R-O-Y-G-B-V style (more like R-P-O-Y-G-T-B-V-W-Gr-Br-Bl actually). I’m splitting the polls into two installments. The first installment has polls for Kate’s dresses and gowns. The second installment will have polls for Kate’s coats and separates, as well as a poll for Kate’s hats.

I debated whether or not to include the pieces Kate wore during the NZ/OZ tour in April since we already voted on them, but I decided to go ahead and include them for a number of reasons, one being so you could see which colors Kate favored in 2014 (hint: they start with the letter B).

UPDATE: Shockingly, two new engagements have been announced for Kate on January 15 and 16. On January 15, Kate will officially name The Clore Art Room at Barlby Primary School – this is a rescheduled event she dropped in October due to her “HG”. Kate will greet staff and students, and apparently participate in a round table discussion about the work of the Art Room with educational professionals and potter Grayson Perry. Does that mean Kate will actually have to speak? Hm… I don’t know whether to be happy she’s speaking or nervous about what vague and/or dumb thing she’ll say. Anyway, on January 16, Kate will attend an event hosted by the Fostering Network to celebrate the work of foster care workers. I’m legitimately shocked. I wasn’t expecting Kate to do anything in the month of January – since she usually doesn’t do anything in the month of January – and here she is announcing two appearances. Yay? /UPDATE 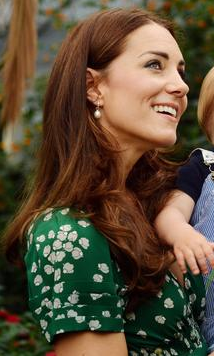