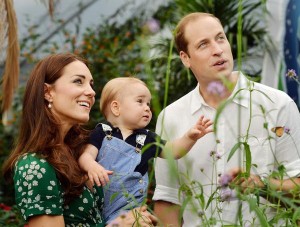 Prince William and Kate Middleton have taken legal action against two freelance photographers who have been accused of stalking Prince George and Nanny Maria while out walking in parks, according to the Evening Standard.

A spokesman for Will and Kate said:

“The Duke and Duchess have taken legal steps to ask that an individual ceases harassing and following both Prince George and his nanny as they go about their ordinary daily lives.

“An incident last week has prompted Their Royal Highnesses to seek reasonable assurances from the individual about his behaviour.

“The individual was spotted at a central London Park in the vicinity of Prince George, who was removed from the park immediately.

“There is reason to suspect that the individual may been placing Prince George under surveillance and monitoring his daily routines for a period of time.”

“Although the Duke and Duchess understand the public role that Prince George will one day inherit, while he is young he must be permitted to lead as ordinary a life as possible. No parent would tolerate the suspicion of someone pursuing and harassing their child and carer whilst their child is playing in a public park or going about their daily activities.”

And a “senior source” said:

“Just like any parent, the Duke and Duchess want Prince George to have the freedom to safely experience normal childhood activities, like going to the park and playing with other children, without the threat of harassment or being placed under surveillance. One of the individuals has already been spoken to by protection officers about his behaviour in respect of members of the Royal Family on previous occasions over a number of years.”

As much as I usually call out William’s ridiculous vendetta against the media, I have to side with him on this one. If what they claim is true, that the photographers were constantly trying to get near George and take photos of him and monitor his routines and such, then that’s stalking. And stalking of a minor child no less. And that is not appropriate.

William and Kate are adults and when they knowingly step into the public sphere, they can’t claim invasion of privacy when someone takes their photo. But if this were any other child and two men were taking photos of him and monitoring his routines, they would be arrested. It is not okay to stalk and harass a child.