A very big happy 1st birthday to our Grumpy Faced Overlord, His Royal Highness (!) Prince George of Cambridge. To mark his first birthday, Prince William and Kate Middleton released three new photos. They were taken at the Sensational Butterflies exhibition at the Natural History Museum on July 2 by John Stillwell of the UK Press Association. One photo is a solo of George walking on his own; another photo is of Will, Kate, and George, who is trying to grab the butterfly on Will’s hand; and the third photo is of Will, Kate, and George gazing off into the distance.

First, George is walking! Wow. Unfortunately that’s my least favorite photo of the three. I don’t know why, but something is throwing me off in that photo. The one where George is trying to grab the butterfly is cute, but it really looks like he’s trying to smash the poor thing and given his history with animals (trying to attack a bilby), this photo makes me fear for the butterfly’s life. I really hope no butterflies were harmed in the taking of these photos. The third photo is my favorite of the three, and quite possibly my favorite photo of the Cambridges ever. It’s a charming, seemingly relaxed and natural photo and I like it a lot. There’s no horrible backlighting, no horrible Instagram filters, and while they are not engaged with each other they are engaged in the surrounding and it makes for a nice relaxed, charming photo. 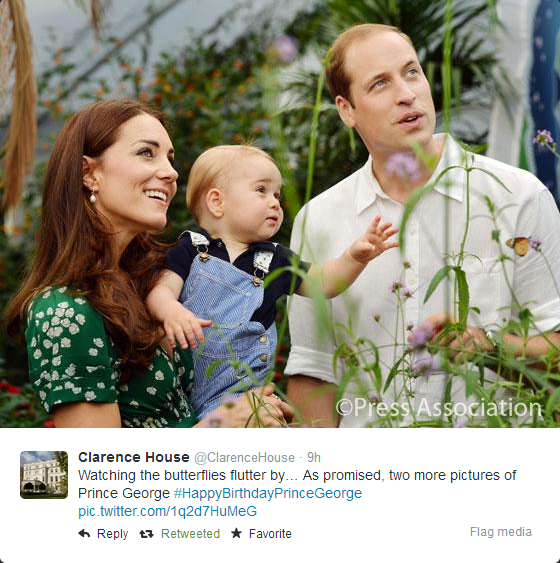 To go along with the photos, Will and Kate released a statement: “We would like to take this opportunity on George’s first birthday to thank everyone over the last year, wherever we have met them, both at home and overseas, for their warm and generous good wishes to George and our family.”

John Stillwell said of George: “Prince George was very lively and very sure of himself and confident, a very determined young boy. And who does he look like? I’d have to say his dad, William.” 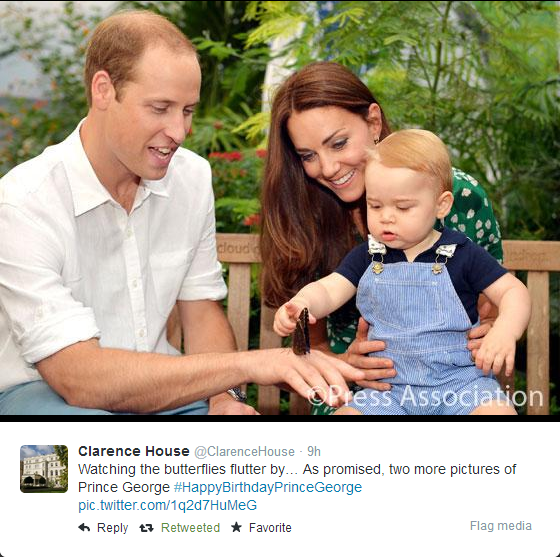 It was no accident that the Cambridges chose the butterflies exhibit to take the photos. Kate is patron of the Natural History Museum, and by taking George’s photos there it gives not only the museum but the pop-up exhibit, specifically, media coverage (the exhibit runs until September 14 by the way; here’s the website if anyone’s interested). I guess taking family photos at her patronage is easier than actually making a public visit to promote the thing?

The Daily Mail and Express have given George a partial cover to mark his birthday. The Express cover is whatever, but the Daily Mail cover is hilarious. The juxtaposition of Will and Kate–who got a 4.5 million taxpayer funded palace–next to an article about young people not being able to afford to buy homes is hilarious. I wonder if that was intentional. 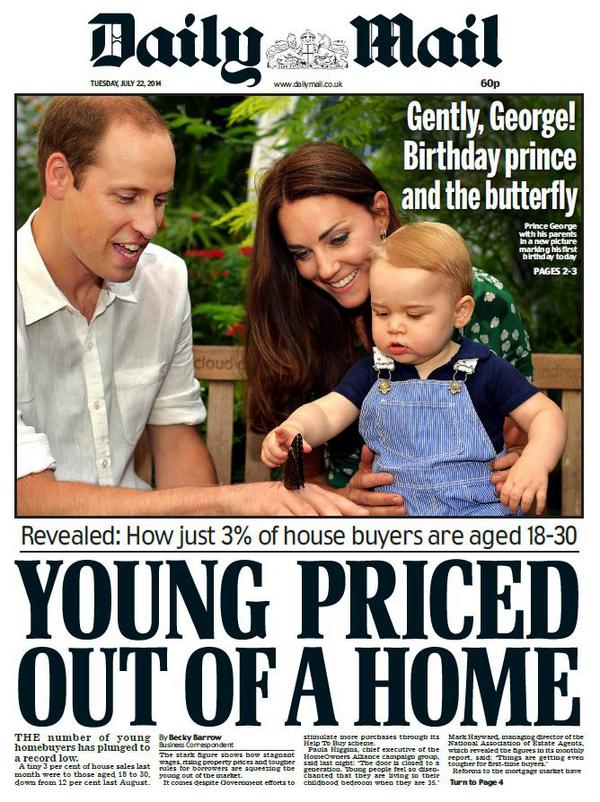 George has graced the covers of multiple US magazines, including Vanity Fair and People. An interesting tidbit from inside the People article is this photo comparison with Queen Elizabeth II. George gets his grumpy face from the Queen. Queen Grumpy Face!! 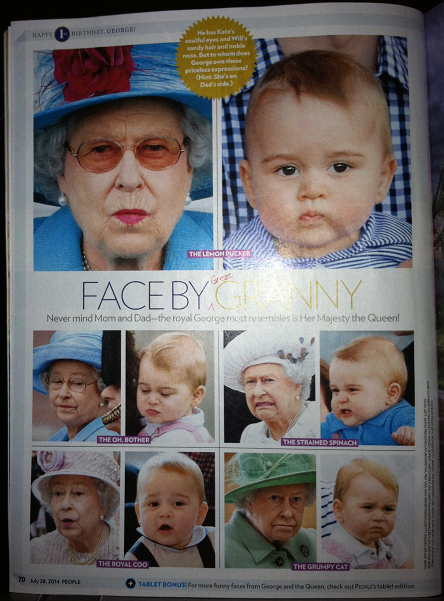