Days 14 and 15: Church, Zoo, and a stroll around Governor General’s house

Prince George is the most interesting Cambridge.  Will and Kate can take a seat; George is the STAR.  All three Cambridges visited the Taronga Zoo (on Day 14 of their tour) where they opened the Prince George Bilby Exhibit.  George got to meet a bilby that is named after him.  Bilbies are a nocturnal, rabbit-like animal that is on the verge of extinction—there are only 10,000 left in the wild.  Here is the Bilby Wikipedia page, and here is the Save the Bilby Fund website.  George is a feisty little thing.  He was squealing and squirming, and tossed on the ground a bilby toy that was given to him, and he tried to chew the “wild child on board” sticker that was given to Kate.  He’s a handful (no wonder Will and Kate keep complaining about him).  Kate and Will took turns holding George and at one point Will even gave him a kiss on the head.  After the bilby exhibit, George went back to his nanny and Will and Kate got to pet and play with all the animals (they have such a hard job you guys).  We got some more Grumpy Faces from George—not all are from the zoo, some are from arriving in Canberra later in the day.  George is teething—which we’ve been told—but we got a good look at his teeth coming in.  Below are two videos of George at the zoo.  Enjoy the cuteness.

Before the zoo appearance, Will and Kate went to church for Easter service at St. Andrew’s Cathedral.  They signed the First Fleet Bible—which is a royal tradition as numerous royals have signed it.  The First Fleet Bible is a King James edition that was brought over by the Chaplain of the First Fleet, Reverend Richard Johnson, in 1788.  It is the bible used in the first Christian service held in Australia.  Will and Kate also signed the Book of Common Prayer.

Prince William and the Duchess of Cambridge sign the First Fleet Bible is Sydney today from Rebecca English on Vimeo.

More of the First Fleet signing with the Duke and Duchess of Cambridge in Sydney today from Rebecca English on Vimeo. 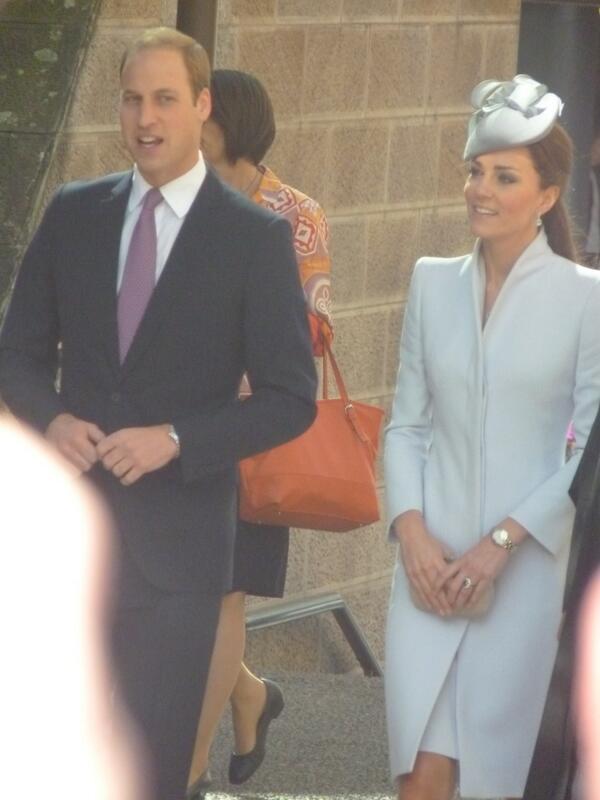 For church, Kate wore an Alexander McQueen coat and dress in what’s being described as “dove grey”.  It’s a sleek coat with a funnel neck and hidden buttons.  It also features cropped sleeves, which are intended, but I think they look rather silly on a coat (a coat’s function is to cover, and cropped sleeves negate that function).  The coat is similar to this coat, which originally sold for $2,844, but Kate’s is custom.  Kate wore a darker grey hat by Jane Taylor.  Kate carried a taupe McQueen clutch and wore LK Bennett nude suede shoes.  Kate wore her Cartier watch, Mappin and Webb necklace, and earrings worn previously in SE Asia (no Id).  Kate wore her hair in a half-up style, with a detailed styling in the back. 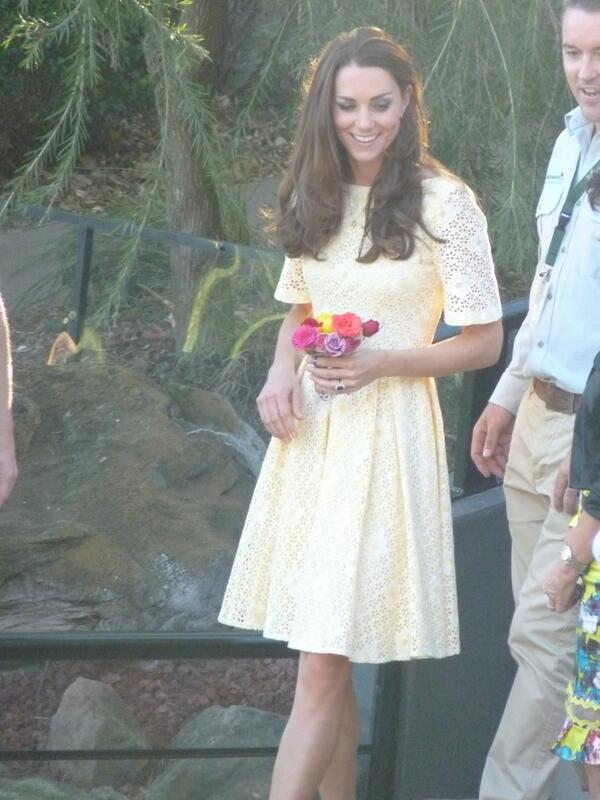 For the zoo appearance, Kate changed into a yellow, broderie anglaise dress that she previously wore in SE Asia.  There is no Id on the dress.  The dress features a short, flared sleeve and a boat neckline.  For jewelry, Kate wore her Kiki McDonough citrine drop earrings, and necklace with three charms—acorn, oak leaf, and mushroom—from Asprey of London.  She ditched the Cartier watch—OMG.  The Stuart Weitzman strappy wedges made a return appearance.

After the appearances in Sydney, the Cambridges flew to Canberra and meet some dignitaries.  Did anyone else not know that Canberra is the capital of Australia?  I’ve always thought the capital of Australia was Sydney, but I was wrong.  How could I have gone so long not knowing the capital of Australia?  Who knew the Cambridge’s trip would actually turn out to be a service to me.  For her arrival in Canberra, Kate wore a blue Stella McCartney dress she wore previously to the National Portrait Gallery before the Olympics in July 2012; she wore the dress again in August of that year, during the Games. She kept the same jewelry from the zoo visit.

While in Canberra, the Cambridges are staying at the Governor General’s House.  Day 15 was a free day (the third of the trip).  Will and Kate were spotted taking a walk around the Governor General’s House.  They were holding hands and wore matching collared-shirts with sweaters, jeans and sneakers.  Of course there was a camera crew that got them on video.  The whole thing reminds me of a similar scenario in August of 2011 when Will and Kate were snapped walking around Holyrood Park in Edinburgh, again hand-in-hand and in matching outfits similar to Day 15’s.  Oh, here’s a video of Kate trying to click her heels while on the walk—so random.  After Will and Kate’s romantic PR stroll, Kate took George for a walk and played with him on the lawn. This link has nice footage of Kate and George starting at 0:22, ending 1:31.  I kind of feel badly saying this, but I kind of think Kate playing with George is PR, too.  Ugh, I want this stuff not to be for PR, but every time I see this stuff from them I immediately think PR stunt.  Sigh. UPDATE: There is already starting to be grumblings of “invasion of privacy”, but I don’t see the problem here. Given how many people think Kate doesn’t have much of a connection to George, I don’t see how footage of her actually bonding with the kid is a problem, in fact the palace should be thankful (that is, if they didn’t set the whole thing up). /UPDATE 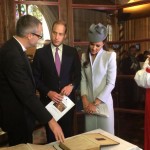 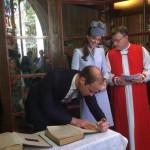 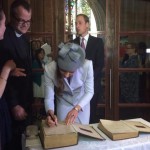 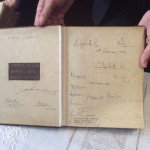 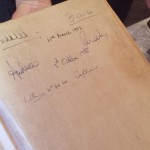 18 thoughts on “Days 14 and 15: Church, Zoo, and a stroll around Governor General’s house”