Kate Middleton made her first appearance as Patron of All England Lawn Tennis and Croquet Club (AELTC) Wimbledon yesterday, July 3, when she attended the first day of Wimbledon. Kate debuted a new D&G dress and a new haircut, and I have to say she looks lovely. 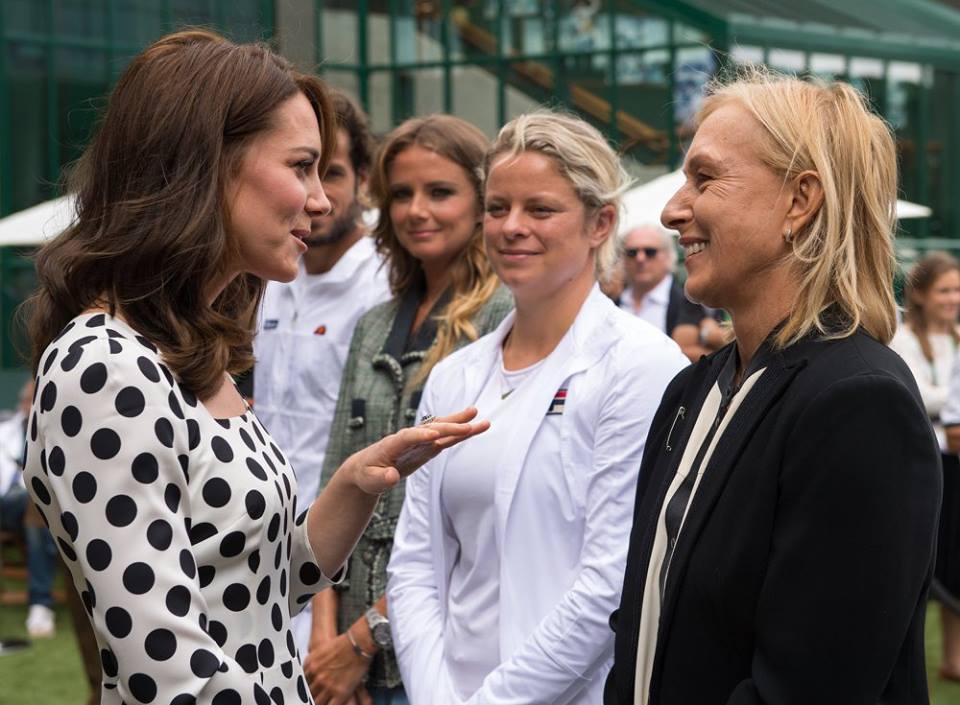 Upon her arrival at Wimbledon, Kate met with current and former players on the Players’ Lawn, including Kim Clijsters and Martina Navratilova, and Dominic Thiem.

When Kate spoke with Thiem, she asked about how his practice sessions were going and whether he was nervous for upcoming games. When she was told that his first match was on Tuesday, Kate said: “That’s why you’re so relaxed!” And when Kate was asked if she plays tennis, she replied: “Yes, but not to any standard!”

Kate then met with ball boys and ball girls before they took their positions on court. Kate told the ball people that their work “makes the game happen. It makes such a difference to the players, your professionalism. You look so smart.”

As Patron of Wimbledon, Kate was invited to nominate a charity to be involved in the pre-match coin toss at the Gentlemen’s Singles Final. Kate chose Place2Be, of which she is Patron. Place2Be nominated 11 year old Luca, who will take part in the Centre Court ceremony a week from Sunday. Kate said (in a statement released by KP): “As Patron of both Place2Be and Wimbledon, this is a unique opportunity to bring together two wonderful organisations.” Kate also said that she was thrilled for Luca “to step out onto Centre Court and showcase the excellent work of Place2Be on the world stage.”

Kate debuted a new look for Wimbledon, opting for a new Dolce & Gabbana “Polka-dot print silk-blend charmeuse dress” (originally priced at $2,595 before going on sale for $1,557). Kate’s is slightly customized with a square neckline instead of a scoop neck. Kate paired the new dress with new shoes, the Office Nina Block Heel Sandals in black (£62.00).

Kate also debuted a new haircut – she took several inches off the bottom. And because I saw people bringing up in the previous post that she is still wearing hair pieces here, I want to comment on this here. I’ve stopped caring whether Kate wears hair pieces or not. If she wants to wear hair pieces or thinks she has to, that’s her business. I will still eyeroll at the press claiming she has the best hair ever, but that’s on the press, not Kate.

I think Kate looks fantastic here. I haven’t been this excited by a Kate outfit for a year. I love the dress – I think it’s pretty and fits her perfectly – I love the shoes and the bag, and I think the haircut looks great. She should keep her hair this length; it suits her. Basically, I think Kate looks great here and I’m excited about it (although the dress is ridiculously expensive). 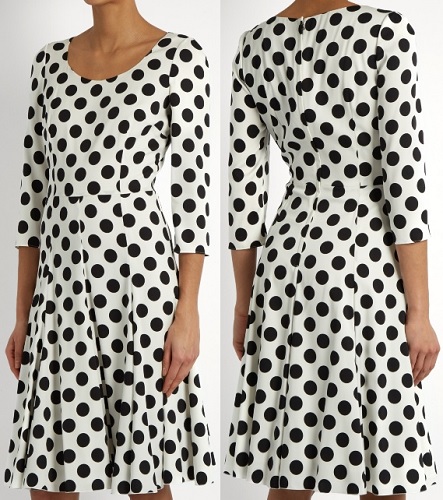 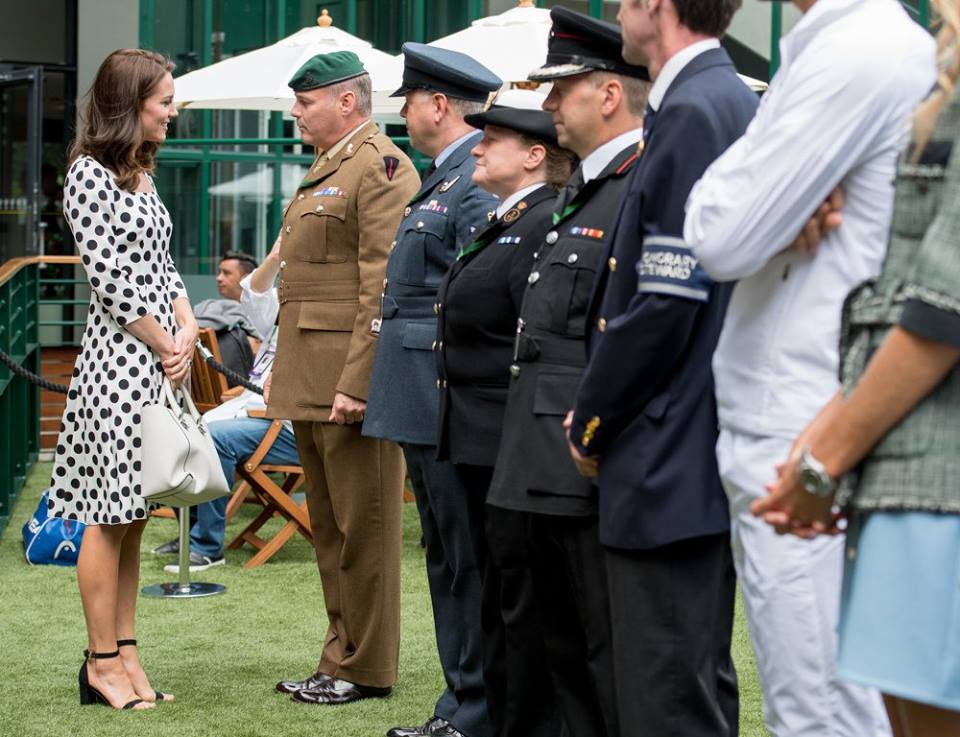 Kate gave a kiss on the cheek to the Duke of Kent who was also there.

I’ve also stopped caring to make fun of Kate’s faces and the way she claps. She makes faces when watching sports and she claps differently than I do. It’s really not a big deal and not something I want to make fun of anymore.

Here is a video of Kate’s arrival.