Kate Middleton made her second ever appearance at the Chelsea Flower Show yesterday, May 22. 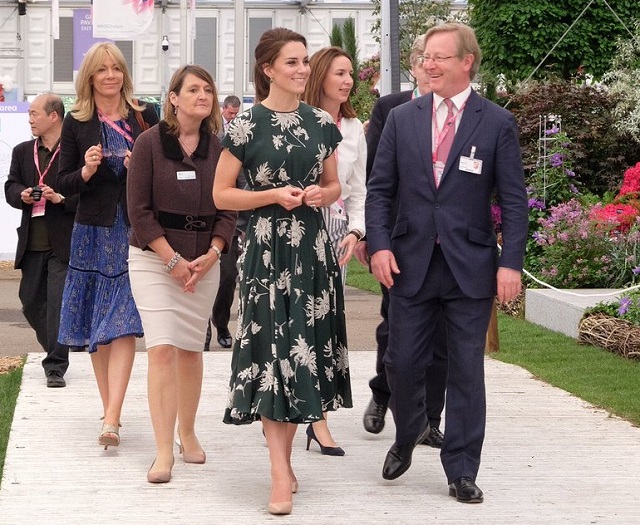 Unlike last year when Kate was accompanied by both William and Harry, this year Kate went solo while walking around the various garden exhibits.

She stopped by the The Chris Evans Taste Garden where she met Mary Berry and Chris Evans (not Captain America), and ate a tomato off of the ground. From the Daily Mail:

“Presenter Chris Evans offered Kate a cherry tomato from his Radio Two ‘taste garden’ at Chelsea Flower Show. Despite dropping it on the decking, the royal, resplendent in a £1,500 floral print Rochas dress, was happy to pop it in her mouth and munch away. After the snack, she told the Radio 2 DJ: ‘It’s delicious and sweet.’

“And on the show itself, she added: ‘I loved it. I’m just getting into gardening with the children.’ The Cambridges have their own expansive kitchen garden at Anmer Hall, in Norfolk, where they grow asparagus. But Kate, 35, revealed she has had to teach Prince George, 3, not to eat the fox gloves – as they’re poisonous. Describing her own growing efforts, she said: ‘It makes such a difference when you take it from the ground.'”

Kate also visited The David Austin Rose exhibit where she saw the ‘William and Catherine Rose’ named in 2012 for The Royal Wedding. 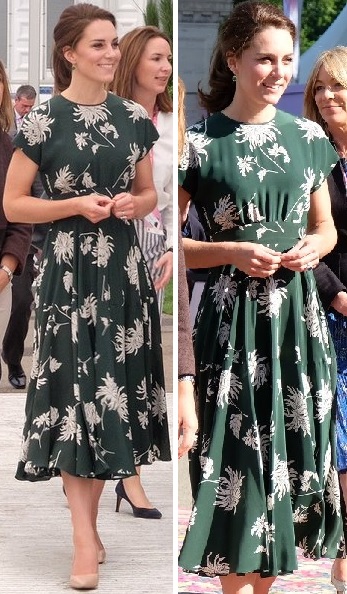 Kate wore a new green Rochas Pleated printed silk midi dress (which was $2,633 before going on sale for $974.21 before selling out). She paired the new dress with some old pieces: Monica Vinader Green Onyx Siren Wire Earrings, and LK Bennett Fern pumps.

The dress is not my style.

Others in attendance at the Chelsea Flower Show were The Queen, obviously, and Prince Philip, Sophie, Countess of Wessex, Princess Beatrice, and Princess Eugenie (and her boyfriend, Jack Brooksbank). 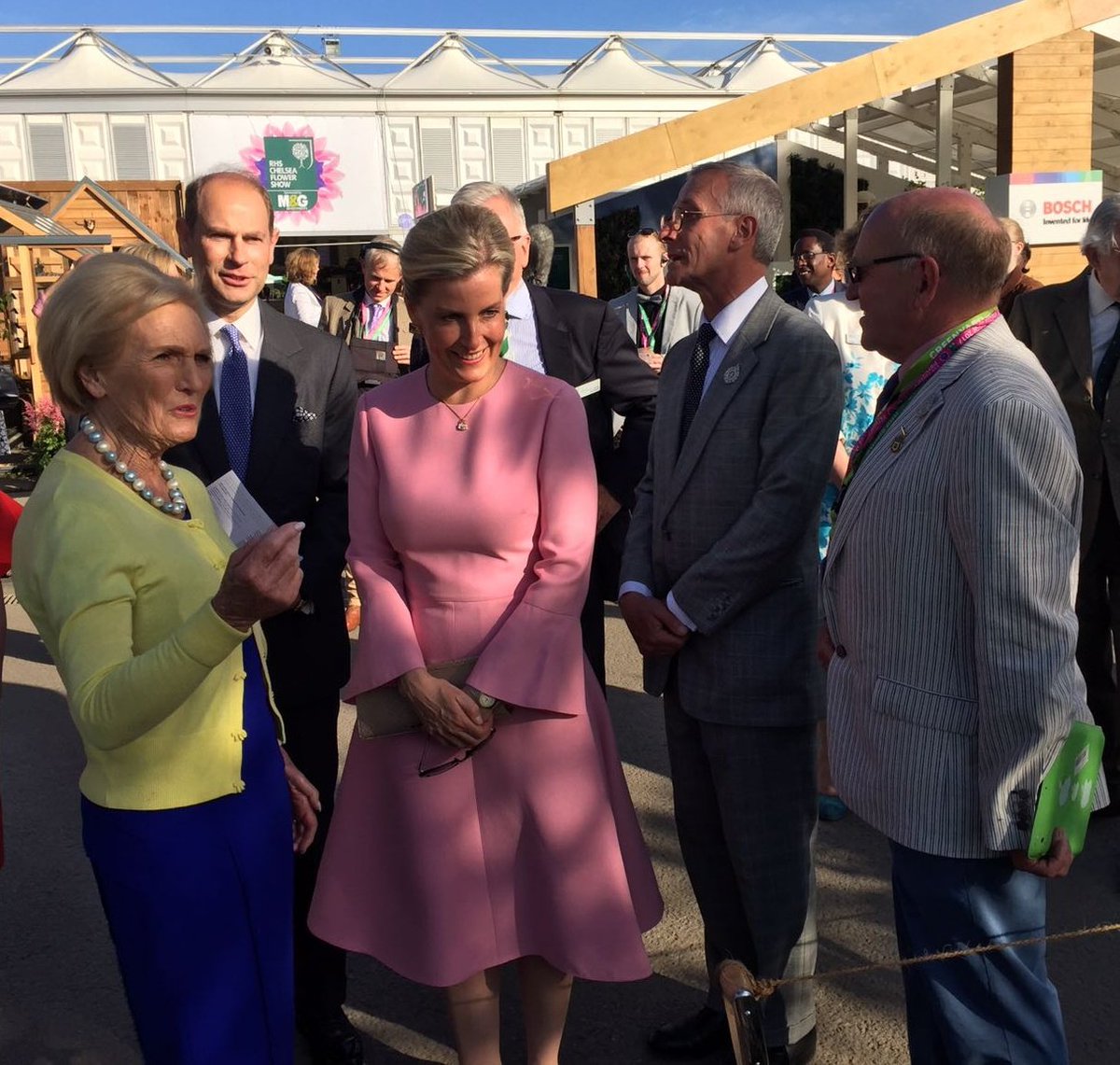 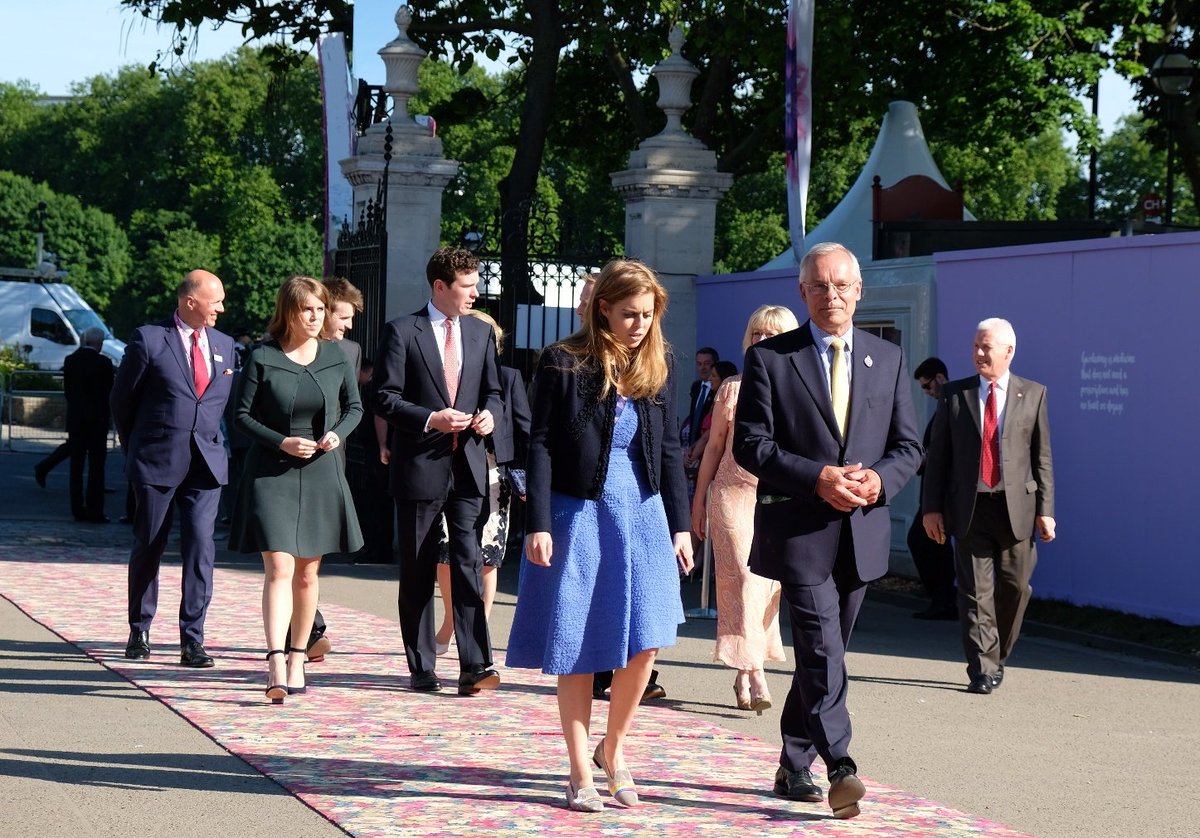 PS. I hope everyone in and around Manchester is safe. My thoughts are with those affected by the attack.