Kate Middleton hangs at the Natural History Museum with kids

Kate Middleton had two events related to Place2Be yesterday, November 22. The first was an embargoed event at the Natural History Museum where Kate and some kids wished Dippy the Diplodocus a farewell before he starts his tour of the UK. You can read about Kate at the Place2Be Awards here.

The skeleton cast was presented to the Museum by industrialist Andrew Carnegie in May 1905, but didn’t make the move to the iconic Hintze Hall until 1979. The Diplodocus has since been the first sight to greet Museum visitors as they pass through the main entrance on Cromwell Road.

Kate, as Patron of Natural History Museum, attended a tea party with 20 children from Oakington Manor Primary School in London. The children were brought to the museum by Place2Be – another organization of which Kate is Patron.

Kate joined the nine- to ten-year-olds as they enjoyed dinosaur-inspired craft activities and a mini fossil dig from the Museum’s Dino Scene Investigation activity for schools.

Kate then cut a celebration cake for Dippy – whose last day in London will be January 4, 2017. 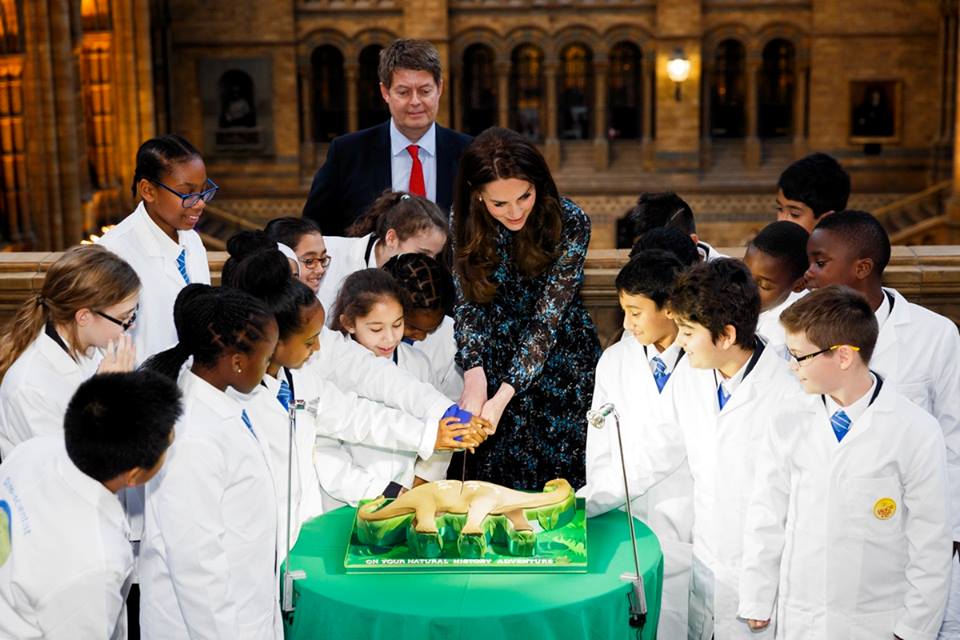 While Kate was sitting with a group of children decorating “dinosaur” eggs, Kate talked more about how Prince George loves dinosaurs, this time saying that George loves the Tyrannosaurus Rex. Kate said:

“Does anyone like T-Rex? Boys probably. [Laughs] George likes T-Rex, I think it’s ’cause it’s the noisiest and scariest of all [inaudible]. George absolutely loves dinosaurs, dinosaurs and volcanoes he seems to be [inaudible].”

Kate wore a new dress, adding to her LK Bennett multi-color dress collection, this time the L.K. Bennett Cersei Dress (£375.00). Kate wore her hair down covering her Kiki McDonough Lauren Leaf earrings. Kate wore a new pair of gray heels , but they look cute and are something different from Kate so I hope she wears them again.

UPDATE: Kate wore a new pair of heels from Hugo Boss, the “Staple P90-L” in “Anthracite”.

Kate also had another bandage, this time on her left thumb. 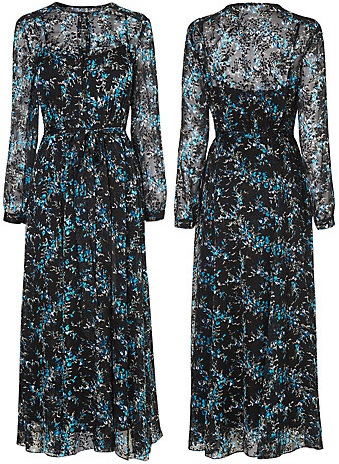