I wasn’t going to make a whole new post for Prince William and Kate Middleton‘s departure from Canada because there isn’t anything to write about besides fashion, but then I decided to because this is probably the last time we’ll see Prince George and Princess Charlotte until they release a Christmas photo (if they do) so just enjoy the photos.

The Cambridge family ended their Royal Tour of Canada by taking a seaplane ride around Victoria Harbour. They took a Royal Canadian Air Force Airbus to actually fly back to London but the press was not allowed there.

Kate wore a cream Catherine Walker coat with her LK Bennett Floret pumps (which look just like the Ferns but with a slightly lower heel), Annoushka Pearl Drops, and the Queen’s Maple Leaf Brooch (which I didn’t even notice at first because it blended in with the color of the coat). She also wore her Cartier watch. 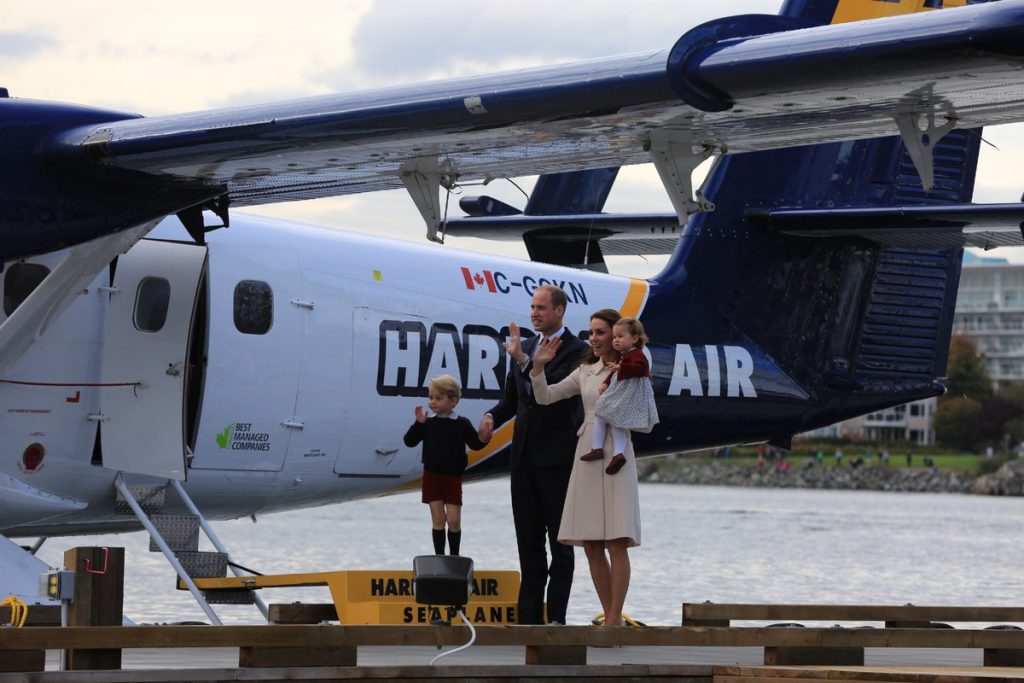 George was much more lively than he was at the children’s garden party. George was waving to the crowd quite emphatically, using both hands. 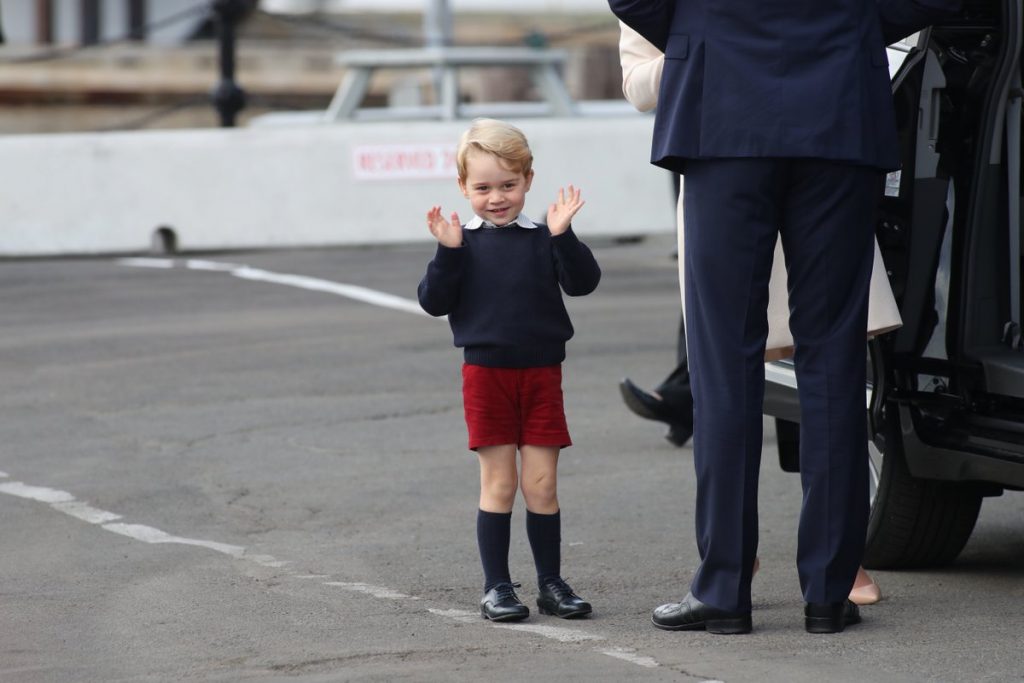 Unlike Justin Trudeau, the Governor General of Canada got a handshake out of George.

But then George totally left this kid hanging.

George wore basically the same outfit he did the other day – some of the individual pieces are different, but the overall look is the same.

I saw several articles and people on Twitter saying that George stole the show at the departure, but I disagree with them. For me, Charlotte was the one to watch. 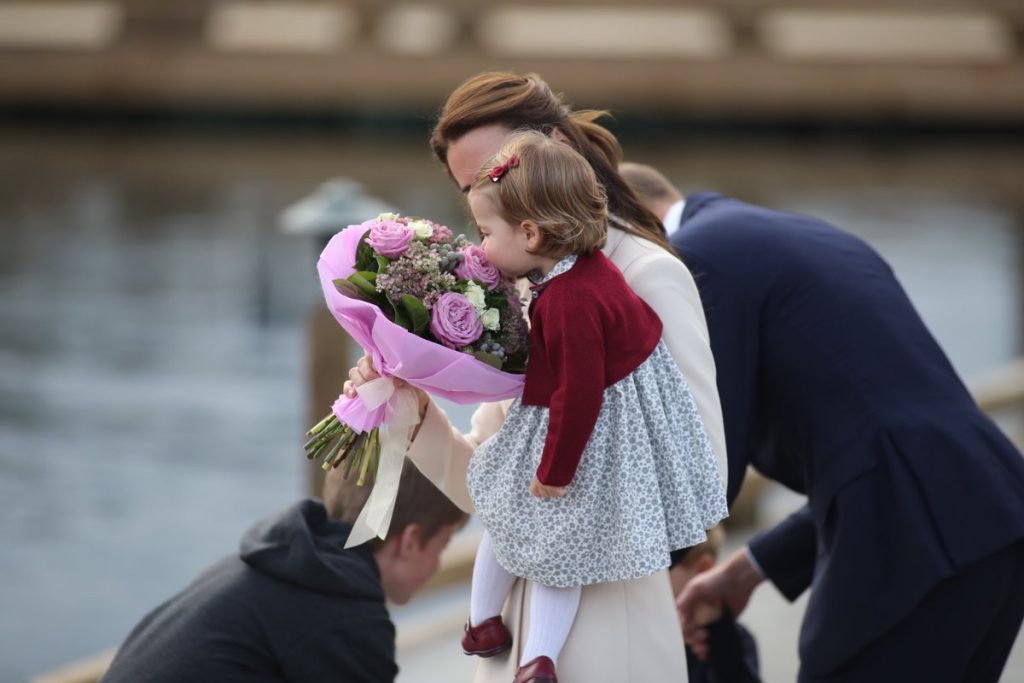 Kate was holding Charlotte for a portion of the walk to the seaplane, but Charlotte was squirming to be put down and walk on her own. So Kate put her down.

Though Kate picked her back up once they got to the plane.

Charlotte got in on the waving action.

I’m going to do a wrap up on Monday with overall thoughts and a poll on whether the tour was a success or not. And I’m also going to do some fashion polls next week as well. I’ll intersperse those posts with some catch ups from various royals.

I’ll end with some close ups of the kids. You can see George’s brown eyes, and Charlotte’s green/hazel eyes.