.@AfricanParks have released a video & photos of HRH working on their #500Elephants relocation project in Malawi. pic.twitter.com/dUqc10Ph6r

Harry spent three weeks in Malawi working with African Parks on their 500 Elephants relocation project working alongside volunteers, vets, and experts on the frontline of one of the largest and most significant elephant translocations in conservation history.

The above video features footage of Harry’s work as well as Harry speaking about these elephants and the needs for this relocation project. Harry also said:

“Human populations in Southern Africa have increased annually by an average of 1.16% from 1960 to today, from 73milion to 320million. There is no question at all that Africa’s wildlife will be increasingly susceptible to growing human populations and their requirements for land. Elephants simply can’t roam freely like they used to, without coming into conflict with communities, or being threatened by poaching and persecution. To allow the coexistence of people and animals, fences are increasingly having to be used to separate the two, and try to keep the peace.

“Once a fence is up, you are now managing a parcel of land. Different rules have to apply whether we like it or not. Under these conditions human intervention in stabilising nature might be required by park managers. There has to be a balance between the numbers of animals, and the available habitat. Just how nature intended it. In this case, African Parks, in partnership with the Malawian government, have re-established a safe area for elephants to be moved back to. This simultaneously relieves the pressure in Liwonde, and restocks Nkhotakota so both populations of Elephants can continue to grow. If the re-balance doesn’t take place, human wildlife conflict will increase and elephants will degrade their habitat. We’re then back to having to consider the worst – reducing herds by culling.”

I want to briefly comment on the length of Harry’s work. Because KP is saying it was only three weeks, but Harry was in Africa for six week. KP announced the start of his summer work on July 26, and Harry met with the President of Botswana in Botswana on September 5 and returned to London by September 8 for engagements. So what did Harry do for the extra three weeks he was in Africa for? EDIT: The initial press release said this was one of the projects Harry would be working on this summer. So he was probably working with other projects for the other three weeks. Hence why he was in Botswana and able to meet with the President.

Below are photos of Harry doing his work. 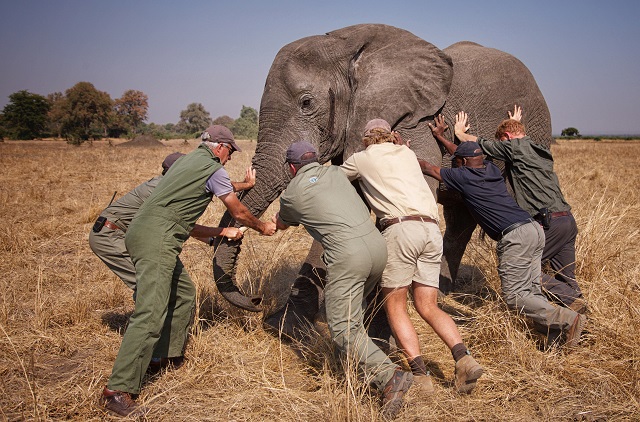 Harry says of this photo: “A few of us trying to ‘tip an elephant’. This young male was fighting the sedative drug and was heading towards the trees, which would have made it very difficult for us to get him on the truck. All directions were taken from Kester Vickery from Conservation Solutions and Andre Uys, the vet.” 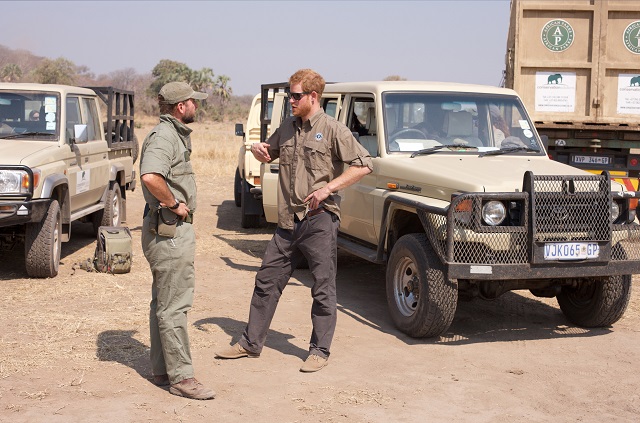 Of this photo, Harry says: “Lawrence Munro and I met in South Africa last year and have been in contact since. We got him to give a fantastic brief to the Ranger students at Kruger on their graduation. He is now working with African Parks as their operations manager in Liwonde. He’s one of the best.” 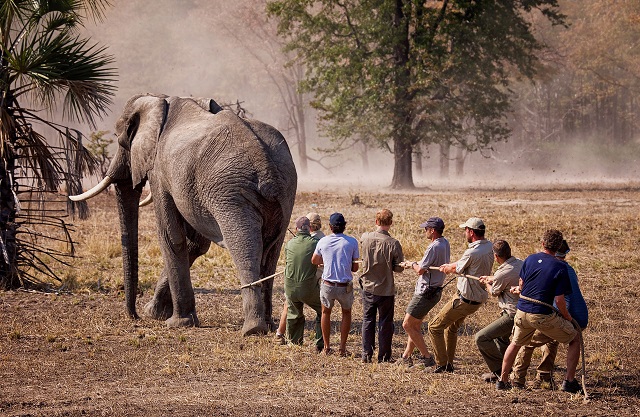 Harry says of the picture: “This big bull (male) elephant refused to lie down after it had been darted with tranquilliser. After about seven minutes the drug began to take effect and the elephant became semi-conscious, but it continued to shuffle for awhile! They have a tendency to hone in on forests, rivers and people when in this state. Here we are trying to slow him down!” 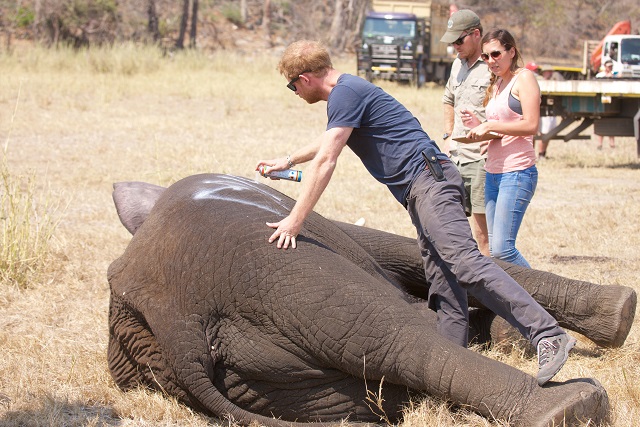 For this photo, Harry says: “Marking one of the young males so that he is easily identifiable when the family group is released back into the bush and we can keep them together. The spraypaint disappears after a few days.” 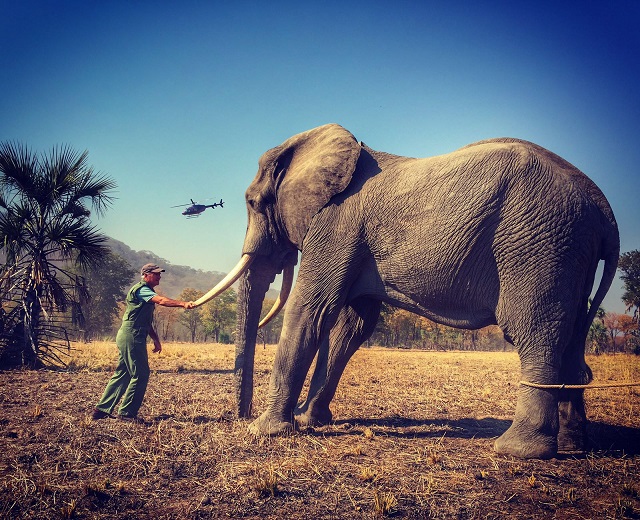 Harry took this photo himself, captioning it: “Kester Vickery from Conservation Solutions trying to get this Bull Elephant to lie down! 262 elephants were moved from Liwonde National Park and it was always the bulls (males) that needed a little extra to stop them. They are all now living happily in their new home in Nkhotakota Reserve, where there is more space for them to breed.”