Prince Harry hosted a BBQ for Heads Together at Kensington Palace on July 14 and spoke to BBC Breakfast about mental health and how he regrets not speaking about Princess Diana‘s death sooner. 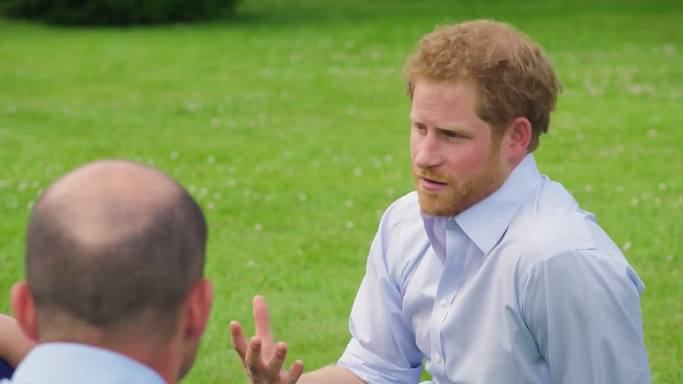 The BBQ featured sports stars discussing their mental health struggles and the need for support systems.

Harry spoke with Rio Ferdinand whose wife and mother to his three children, Rebecca Ellison, died from cancer last year. Ferdinand asked Harry about the impact the death of their mother will have on his children and Harry replied: “I really regret not ever talking about it.”

“It is OK to suffer, but as long as you talk about it. It is not a weakness. Weakness is having a problem and not recognising it and not solving that problem.

“It is very easy for someone to look at someone like Rio Ferdinand and say, ‘You get paid all the money in the world, you are a successful footballer, you have fast cars.’ But at the end of the day his wife was snatched from him at an early stage of his life with her. So of course he is going to suffer, it doesn’t matter if he has an amazing job.”

I kind of take issue with the “It is OK to suffer, but as long as you talk about it” line. Different people deal with their issues differently and as long as people are dealing with their issues and solving their problems, then they should be free to do so in which ever way works best for them. If that includes talking about it, then more power to them. But if that includes not talking openly about it and dealing with it privately, then that’s the way they need to deal with it.

This event took place and appeared in the Court Circular on July 14, but information on it was just released today. I guess it took ten days for Heads Together to make a video of the BBQ, though why the event wasn’t just a normal event with press invited I have no idea.

Considering the last time Kate bothered to give Heads Together the time of day was way back on May 16 when she officially launched the project, I appreciate Harry doing an event for them. 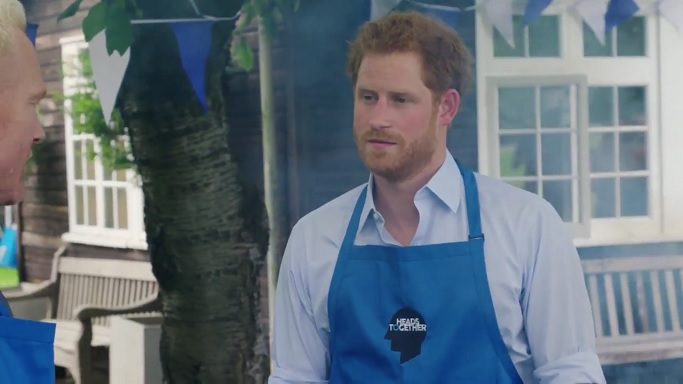