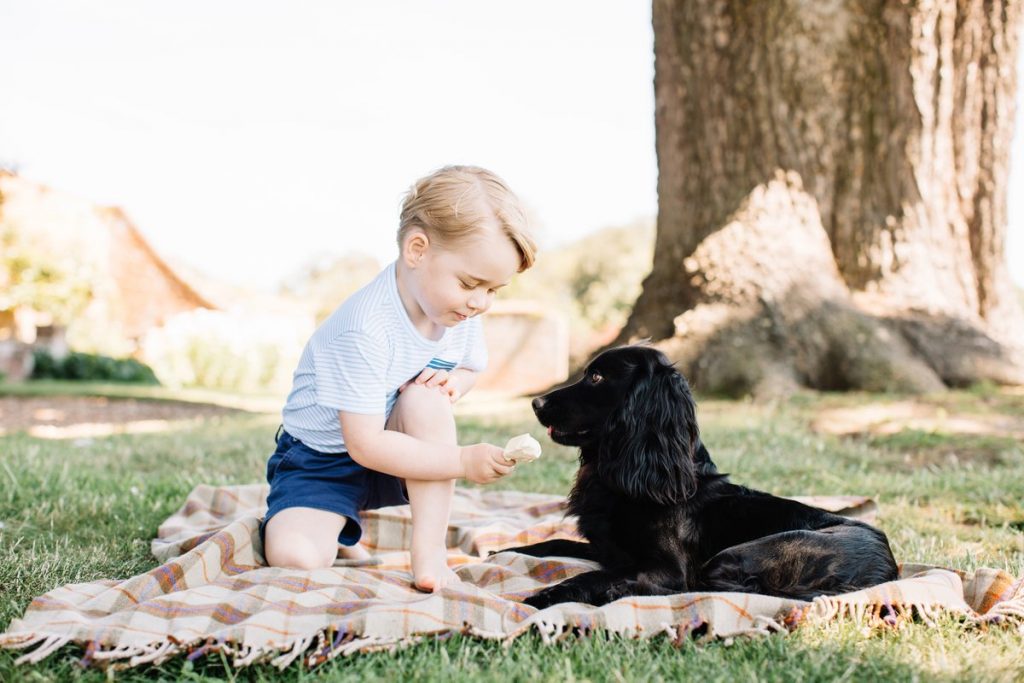 Kensington Palace shared the photos on social media saying Prince William and Kate Middleton are “delighted” to share the photos.

A spokesman for Kensington Palace said: “The Duke and Duchess hope that people will enjoy seeing these new photographs. They would like to thank everyone for all the lovely messages they have received as Prince George celebrates his third birthday.” 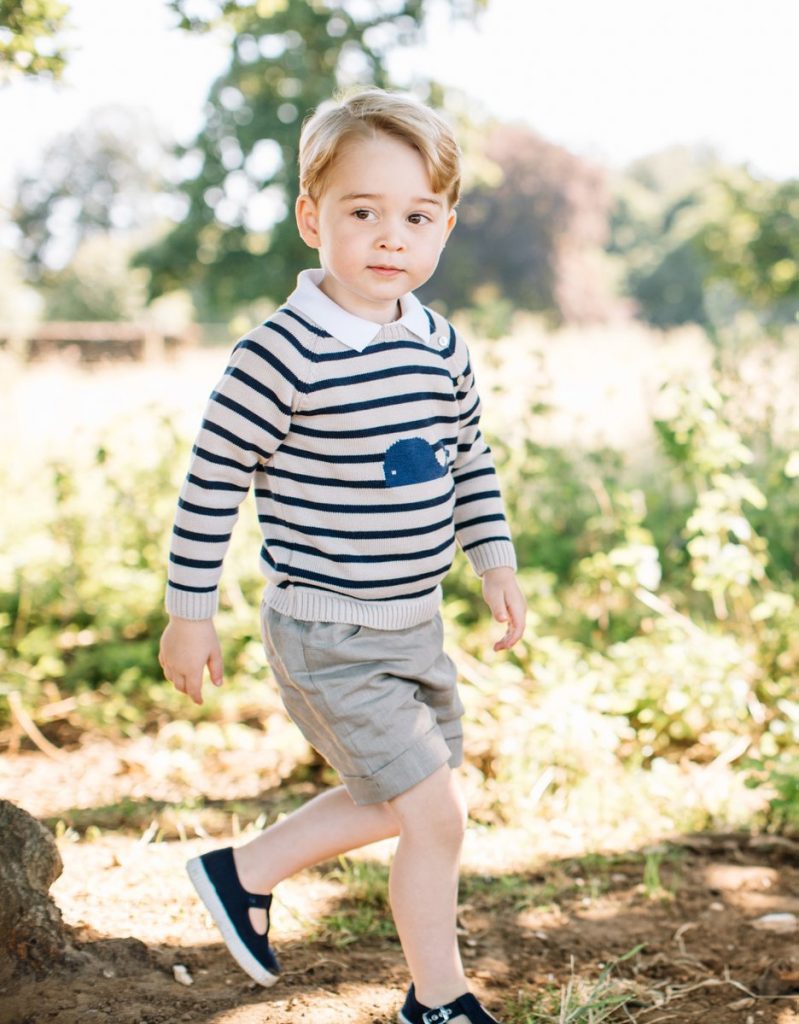 The photos were taken by Matt Porteous – a Jersey-based photographer specializing in sports, travel, and wedding photography – at Anmer Hall in mid-July.

Porteous said: “I really enjoyed the opportunity to take these photographs of Prince George. It was a very relaxed and enjoyable atmosphere. I’m honoured that they have decided to share these images with the public to mark his third birthday.” 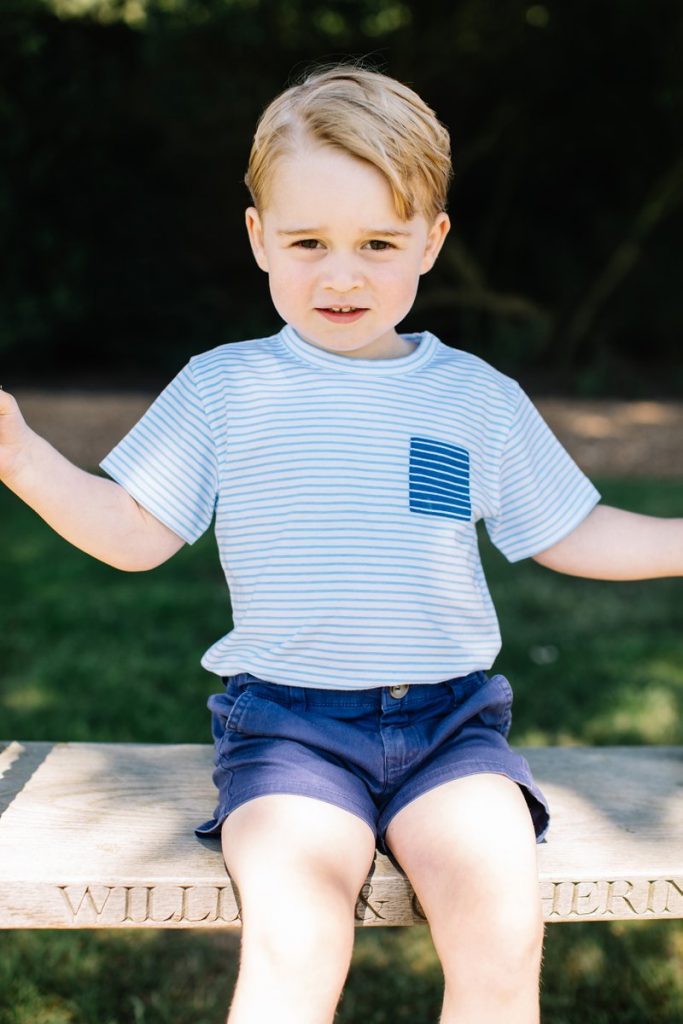 My favorite photo is absolutely the one with Lupo where George is feeding him ice cream. It’s the cutest and it’s just good to know Lupo is still a part of the family.

I like the one with the whale shirt, too, except his right foot is missing. Really odd place to crop the photo. Two of the photos have some odd cropping, actually, as royal photographer Mark Cuthbert pointed out on Twitter: “Some very odd framing or crops on the birthday pics of #PrinceGeorge. Feet and hands would seem to be an optional extra !”

Interesting to note the swing George is on in the last two photos says “William & Catherine”. Wedding gift? 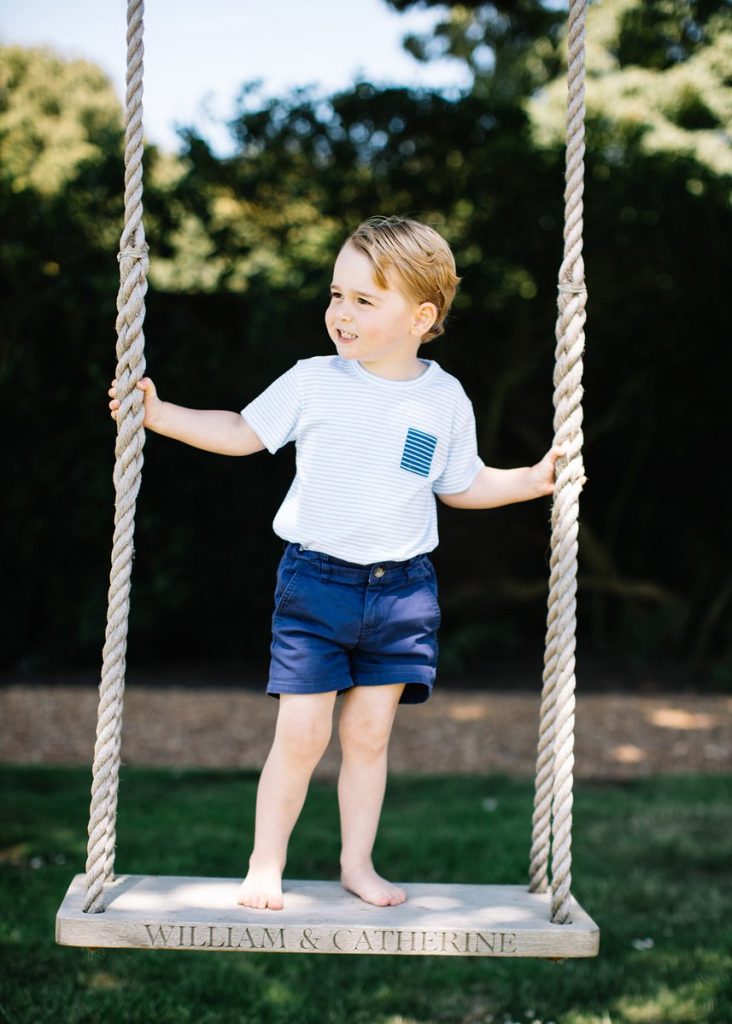