This royal round up features a look at Kate Middleton‘s upcoming schedule of events, a look at Princess Sofia‘s support of her patronage, Princess Madeleine in leopard, Queen Maxima in orange, and some Prince Harry stuff.

After two weeks of Swedes and no Kate on this Kate-centric blog, we’ll be getting a whole lot of Kate in the upcoming days.

Friday, June 10: Kate will attend a Service of Thanksgiving at St. Paul’s Cathedral in honor of the Queen’s 90th birthday. Kate (and William) will join guests at Guildhall for lunch afterward.

Thursday, June 30: Kate will be in France to attend events commemorating the 100th Anniversary of the Battle of the Somme.

Friday, July 1: Kate will still be in France to attend events commemorating the 100th Anniversary of the Battle of the Somme.

Monday, June 13: The Order of the Garter ceremony. Kate has attended every year since her marriage except the years she gave birth. I would expect Kate to attend but that hasn’t been confirmed.

Wednesday, June 22: Supposedly Kate is hosting a fundraiser for EACH at Houghton Hall, but that came from a DM article and has not been confirmed.

Saturday and Sunday, June 18 and 19: The Beaufort Polo Club festival of polo takes place this weekend. Kate has brought Prince George to this polo event the last two years, so it’s possible she will bring him out again.

27 June-10 July: Wimbledon. We’ll most likely see Kate take in a game or two. There were reports a few months ago that Kate is set to take over the Queen’s patronage of Wimbledon during this year’s event. We’ll see.

On May 26, Princess Sofia visited Sophiahemmet – a private hospital in Stockholm – to hand out honors to the Sophiasystrar (“Sophia Sisters”). Sofia became Honorary President of the hospital on January 1, 2016.

Sofia visited Sophiahemmet on March 31 when she was heavily pregnant, also. 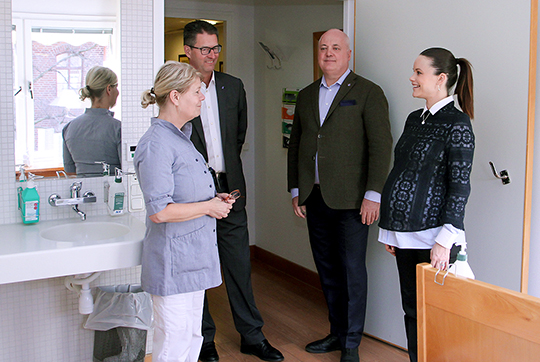 Aside from Project Playground and the Prince Couple’s Foundation, Sophiahemmet is Sofia’s only “patronage” type appointment. Since becoming Honorary President of the hospital five months ago (and taking several weeks off due to maternity leave during that time), Sofia has interacted with them four times, with another coming up on June 14. That’ll be five interactions in six months (while pregnant and with maternity leave). I realize some people don’t like Sofia, but she’s visiting her “patronage” more than some other royals visit theirs. Granted she only has one, but still; if you’re going to keep your number of patronages low, you visit them often and that’s what she’s doing. So good for her.

For the May 26th engagement, Sofia wore a new dress from Goat, the “Ava” in red ($890.00). Goat is expensive and overpriced, but Sofia does look nice, if a bit twee.

Two days after Princess Leonore made her first trip to her Duchy, Princess Madeleine supported her Duchy, Hälsingland, by attending a folk fair at the Hedvig Eleonora church in Stockholm which featured music by the Järvsö Church Choir. Järvsö is a city in Hälsingland. Madeleine is Duchess of Hälsingland and Gästrikland.

Maddie wore a dress from Somerset by Alice Temperley, the “Blue Leopard Print Dress” (£130). It’s a cute dress and it looks good on her; I like the color.

On June 7, Madeleine attended the opening ceremony of the World Childhood Foundation’s new offices in Stockholm.

Queen Maxima attended the opening of the Holland Festival on June 4. I must say, I really enjoy her continued support of the color orange. It’s a color that not many royals wear and it deserves some love. So yay for Max showing orange some love.

A KP spokesman said (I’m cutting out some stuff for space):

“Prince Harry is set to embark on a series of engagements and meetings that focus on using the power of sport to help vulnerable young people and communities. This is a topic that will feature prominently in the next phase of his work. … The decision to make this one of his key focuses follows several months of private visits and meetings. … Prince Harry will have a number of other visits and meetings on this topic – both public and private – in the coming months, which will be announced by Kensington Palace in due course.”

With an aide adding:

“He will be undertaking royal duties in his way. The prince’s work will very much be project based rather than undertaking hundreds of engagements each year. He will continue to work to support the Queen both here and abroad and with his military duties. But it won’t be a question of how counting how many engagements he does each year but how he can adapt his work to specific topics.”

This prompted a series of tweets from Richard Palmer (I’m forming them into paragraphs for space):

“So Prince Harry has no plans to get a regular job and no plans to up his number of royal engagements to the level of his grandfather, 95. Harry will continue to champion military veterans, mental health etc, encourage young people to get into conservation, and work on HIV/AIDS. Wounded warriors will continue to be a priority but he won’t necessarily continue to volunteer part-time regularly at London District. Harry’s focus will be on projects, rather than upping the number of engagements. He wants to make a difference. No doubt there will be the usual spats on Twitter between William, Kate, and Harry fans over who does more etc. 🙂

“If the focus is on qualtity over quantity, perhaps William, Kate and Harry will ultimately be judged on what they actually achieve. One problem Prince Harry faces is, don’t we all know that sport can help young people escape poverty and other ills? What’s new? Might it help if Kensington Palace was able to explain more clearly some defined objectives and ways of measuring the success of projects? On mental health, it is possible to see how attitudes and public policy are changing but it’s still difficult to explain W, K, and H’s aims. I’ve yet to meet a journalist or royal aide who can explain the KP mental health project – apart from getting us to write about it more. Perhaps the three of them need to set out measurable objectives?”

Ah man, there is nothing I love more than a good old fashioned Richard Palmer Twitter Rant. He speaks truths. I’ve been questioning the royal trinity’s involvement in the mental health sector for months now; it’s nice to finally have one of the reporters asking the same questions.

It’ll be interesting to see what happens with Harry’s royal duty schedule in the coming months. For now, The Sun says Harry is banging Ellie Goulding. 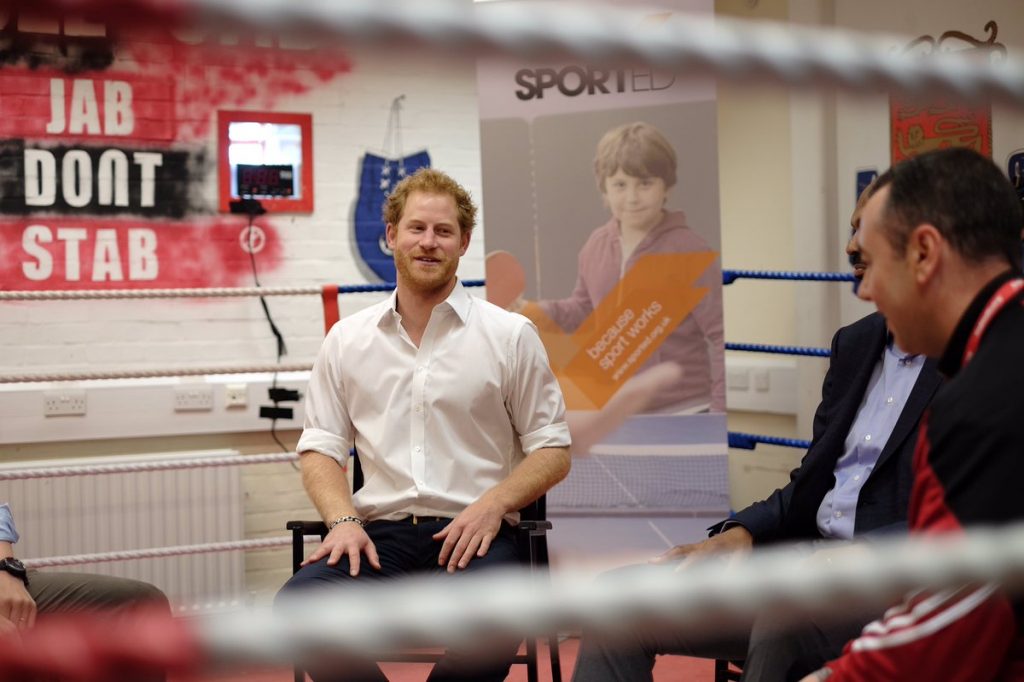