Prince Harry opens up to GMA about Invictus Games, wants Princess Diana to be proud of him

Prince Harry
March 20, 2016March 20, 2016 by katemiddletonreview90 Comments on Prince Harry opens up to GMA about Invictus Games, wants Princess Diana to be proud of him

Prince Harry gave an interview to Robin Roberts at Good Morning America to promote the Invictus Games which will be held in Orlando in May. Harry talked a lot about how his time in the army shaped his drive to help injured soldiers, about his mother, and his love of children. 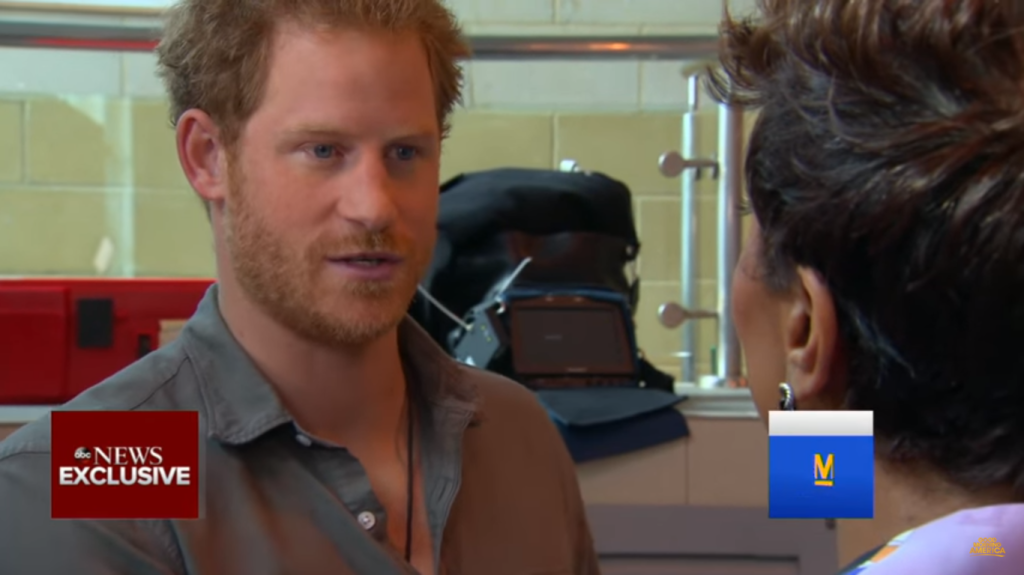 In part one of Harry’s interview with Robin Roberts, he said talked about his time in the army and how that affected him and drove him to help injured veterans and to create the Invictus Games.

On why he joined the army and what it’s given him: “Ten years in the army was the best escape that I’ve ever had. I felt as though I was really achieving something, I felt as though I was part of a team. All I wanted to do was to prove to people that I had a certain set of skills, let’s say flying an Apache helicopter for instance, rather than just being Prince Harry. All it’s done over those ten years is given me this amazing amount of knowledge and experience where I am now perfectly positioned to be their voice and champion their cause.”

On being forced to come back early from Afghanistan in 2007 and how what he saw on his trip home influenced his drive to help injured soldiers: “I’d done everything I could to get out there, literally being plucked out of my team, and there was an element of me thinking I’m an officer, I’m leaving my soldiers and it’s not my own decision, I was broken. And then suddenly I find myself on a plane, and while I’m sitting there I look through the curtain in the front and there’s three of our lads wrapped up in plastic, missing limbs, one of the guys clutching a little test tube of shrapnel that had been removed from his head, and he was in a coma clutching this thing. And I suddenly thought to myself, people don’t get to see this. I never, during those ten weeks, I never saw the injury part, I only heard about it. That’s how it all started for me is like these people are role models and they need to be celebrated more amongst society.”

On how injured soldiers are an inspiration: “Some of these guys should be dead. Never before have we had so many amputees survive from such unbelievably traumatic injuries. I’m now lucky enough to watch someone who should be dead run the 100 meters. You want a definition of inspiration, that’s probably it.”

On the mental health aspect of injured soldiers: “It’s a massive issue, the stigma surrounding it is a massive issue. I want to reemphasize the point to people that it’s not a ticking time bomb. Psychological illnesses can be fixed if sorted out early enough. We’ve got to keep the issue at the forefront of people’s minds. And you know what the simplest of things is just talking about it; makes all the difference.”

On the continuation of the Invictus Games: “I’m not asking for it to become really boring that we constantly go on about our veterans, but I’m sorry anybody who serves our country and puts their life on the line and then can bring themselves back from an injury like that deserves everything from every single one of us.”

[My own transcription of the video below]

In the second part of his interview, Harry talked about Princess Diana and her memory and how he wants her to be proud of what he’s accomplished, being an uncle, and his love of children.

On accepting that he’s Prince Harry versus Captain Wales: “I suppose it was inevitably going to have to get to the stage where I was always going to be Prince Harry despite the fact that I always wanted to be Captain Wales, treated the same in the same uniform as everybody else. I think there was that acceptance, the power that the name has.”

On Princess Diana and carrying on her memory: “We will do everything we can to make sure that she’s never forgotten and carry on all of the special gifts as such that she had and that she portrayed while she was alive. I hope that a lot of my mother’s talents show in a lot of the work that I do. Weirdly actually she um wouldn’t be my first time to Florida, to Disney World, I ended up going there with her, it’s one of my very, very happy memories. I went on Space Mountain fourteen times. I was like this is absolutely fantastic, it’s the best thing ever. So you know there’s all sorts of places over the world where we were very lucky to have those moments with our mother and very, very happy memories.”

The interview took place in Diana’s old apartment at Kensington Palace: “This used to be our mum’s sitting room. So she had a study through there with her desk and where she used to listen to all sort of her crazy music. It took a little bit of getting used to. Not that we ever forget, we think about her every day.”

On what Diana would think of the life Harry, William, and Kate have established: “I hope she’s looking down with tears in her eyes being incredibly proud of what we’ve established. I’m sure she’s longing for me to have kids so she can be a grandmother again, but um you know I hope that once again that everything we do privately and officially that it makes her proud. I think losing your mother at such a young age does end up shaping your life massively, of course it does, and now I find myself trying to be there and give advice to other people who are in similar positions.”

On the Queen: “Because of my time in the service, the utmost of respect that I have not just for her as a grandmother, you know she was my boss for ten years and I viewed her very much like that. Now it’s really nice because I can go to her for advice and bend her ear over all the experiences she’s had over the years.”

On being an uncle: “You’ve got to have fun in life otherwise, well imagine life without fun. You’ve got to be taken seriously, but I hope that I’m a fun uncle.”

On having children of his own: “I can’t wait for the day. So, um, yeah it would be fantastic.”

On his love of children: “I’ve got a kid inside of me – I want to keep that. I adore kids, I enjoy everything that they bring to the party; they just say what they think. Everyone needs a hug every now and then, and it so happens that I’ve been told over and over again that I’m very good with hugs, which is great, good with giving hugs. Fantastic. Being in the Prince role you’ve got to shake hands. I would choose hugging over shaking hands most of the time… with people that I know, just before anyone gets any ideas.”

[My own transcription of the video below]

This was a great interview from Harry. You can tell he is truly passionate about helping injured soldiers, and he explained so well why the Invictus Games and having an outlet like that for injured servicepeople is so important for them. To the point that he turned me around on that. There was a comment in the fall 2014 about how the commenter didn’t see the point in the Invictus Games since there was already a Paralympic games. And I sort of agreed with that comment a bit in that I didn’t understand what exactly the Invictus Games were doing to really help the injured servicepeople. But I get it now. It’s not necessarily about winning a metal, it’s about coming back form the brink and being able to compete at that level in physical competition. It really does give them something to work toward, something to achieve, something to keep them going. And since all of the competitors have a link to the military, they can connect to each other in a way that they may not with normal Paralympic competitors. I’ll definitely be tuning in to watch the Invictus Games on ESPN in May.

PS. Yes, I will be covering Harry’s tour of Nepal, but not until later in the week. 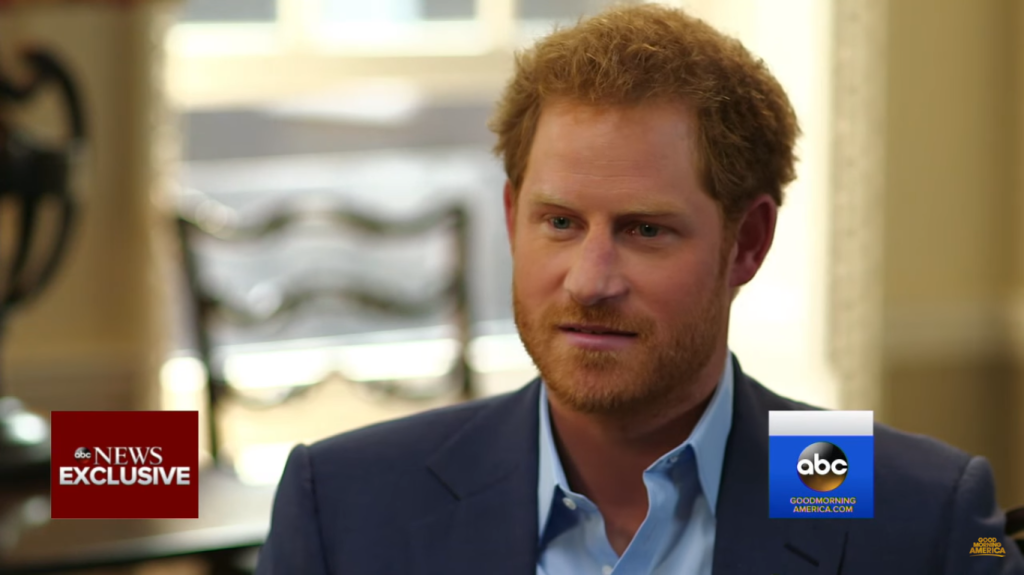 90 thoughts on “Prince Harry opens up to GMA about Invictus Games, wants Princess Diana to be proud of him”