Happy Valentine’s Day (or normal Sunday if, like me, you don’t celebrate Valentine’s Day). Here are some photos of your boyfriend, Prince Harry, visiting flooding victims in Lancashire on February 5. 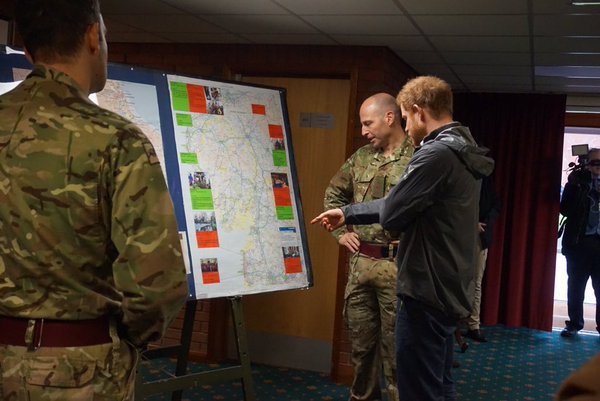 Prince Harry visited the Weeton Barracks in Lancashire to meet soldiers from the 2nd Battalion The Duke of Lancaster’s Regiment who aided in the response to severe flooding which Lancashire, Yorkshire, and Cumbria experienced in December.

Following his visit with the soldiers, Harry visited St. Michael on Wyre to meet with residents who experienced flooding and tour damaged homes. In Wyre, 93 homes and 21 businesses were impacted as extremely heavy rainfall led to overwhelmed drainage systems and the banks of the River Brock to break.

Harry broke his itinerary in order to chat with the people who had come out to see him. One such resident was 97 year old Winnie Hodgson who has lived in St. Michael on Wyre since she was 14. 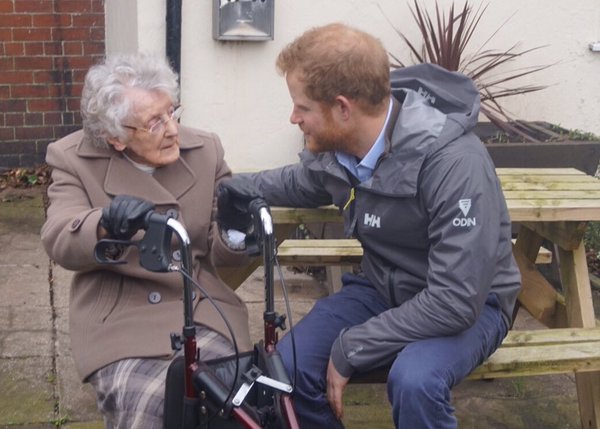 Harry had lunch at The Grapes pub in St Michael’s on Wyre.

I know several of you guys mentioned the flooding back in December and how the royals didn’t do anything. I know Charles and Camilla visited areas affected by flooding, and Andrew visited Yorkshire. But William and Kate were maligned for doing nothing – no visits, not even a short statement. So it is good to see at least one of the younger royals getting around to visiting areas affected by the flooding. 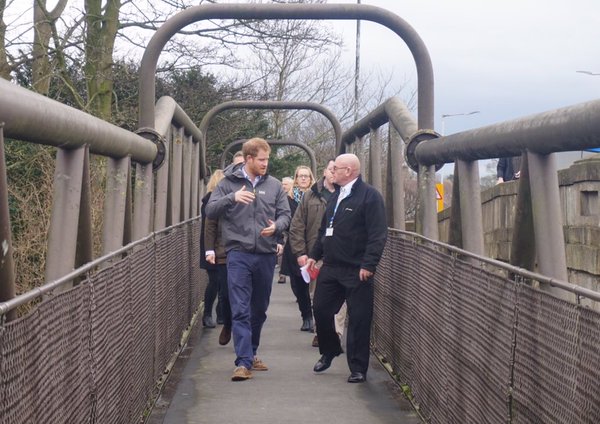 According to the Express, Harry mentioned, again, how he would like a family of his own: “Harry, 31, has insisted he is not dating anyone but would like to get married and have a family and his natural rapport with children was evident during the visit.”

While it would be great to see Harry find someone whom he truly loves and whom we like also, and to see him get married and have children, the “Poor Harry wants to find a wife and have kids but just can’t find anyone” narrative which has dominated his press for the last year is bugging me.

I get that the public wants a new soap opera storyline (because William and Kate are boring) and the press wants a better selling story (seriously, it’s all for more sales), but let the man be. We all saw what happens when a royal is pushed into marriage. Harry isn’t helping matters by claiming he would like to get married and have kids (unless he enjoys being portrayed as the lonely sap who can’t find a wife, he really should stop that), but still, let the man be. 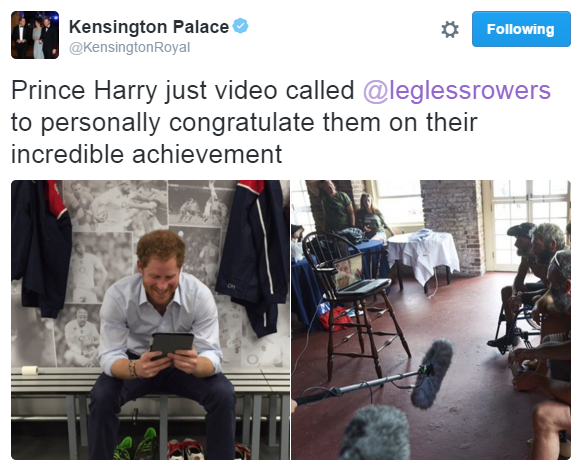 On February 4, Harry made a video call to congratulate the Row2Recovery team of four wounded military veterans, all amputees, who rowed 3,000 miles across the Atlantic in the Talisker Whisky Atlantic Challenge 2015. The challenge was supported by Harry’s Endeavour Fund.

On February 3, Harry made a private visit to Nottingham.

Here’s a video from Harry’s visit to Lancashire.

I do like seeing Harry with kids. I wonder, if/when Harry has kids of his own, how do you think he will treat them in regards to the press? Do you think he will be screaming privacy and keeping the kids out of the press as much as possible, a la William and Kate, or will Harry be more open with his kids, a la the Swedes?

I don’t know what story Harry is telling in this photo, but I love it. PS. Ginger Beard.