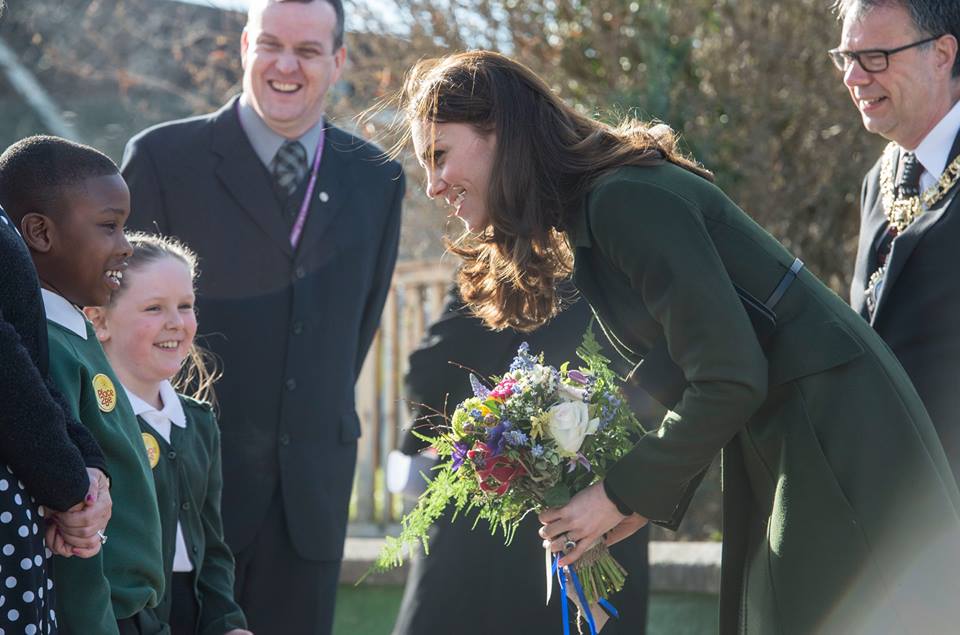 Kate started her day in Edinburgh with a visit to St. Catherine’s Primary School where she met with children and parents before sitting in on a meeting with ten headteachers from schools in Edinburgh with Place2Be.

Place2Be started working in Scotland in 2001 and is now in 28 schools across Edinburgh and Glasgow, reaching a population of 8,000 children.

Kate arrived and was given given flowers by two children from St. Catherine’s, Suranne and Rodney. Kate then participated in a sing-a-long at a school assembly. The video of her is cringe-worthy because she clearly does not know all of the words and moves and she looks uncomfortable. It’s like when she and William danced in Tuvalu and looked super awkward, but at least this time we were spared William’s dancing.

After the singing, Kate was invited to speak to the assembly by the headmaster, Paul Hunter. Kate actually said words (according to the Express): “Good morning everyone. Everyone should start the day like that! Hope you all have a great day and I look forward to meeting some of you later.”

Kate was presented with a Quaich cup of friendship by Nicola and Luke from St Catherine’s. Kate then joined the headteachers for the meeting. 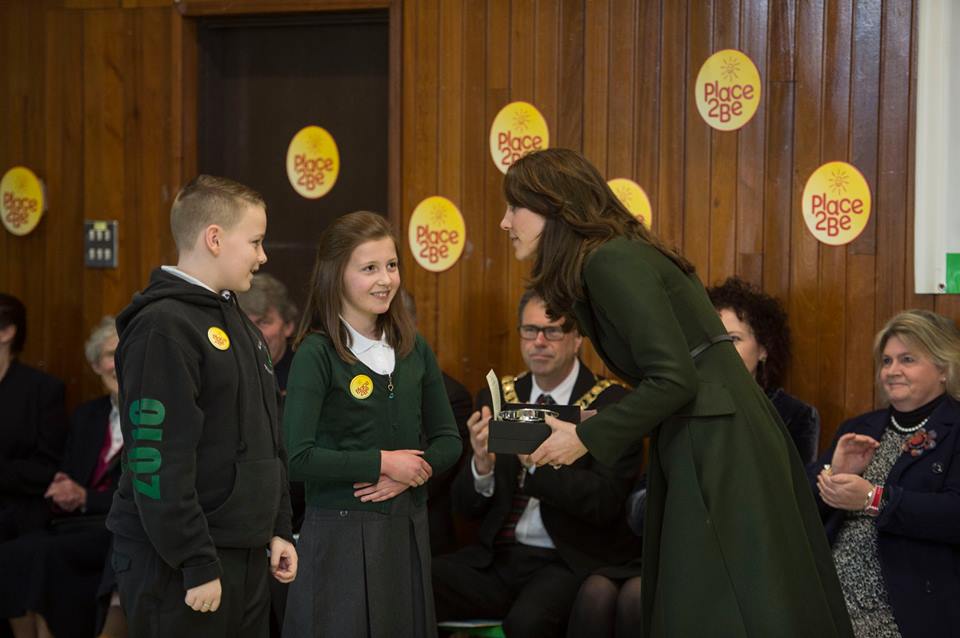 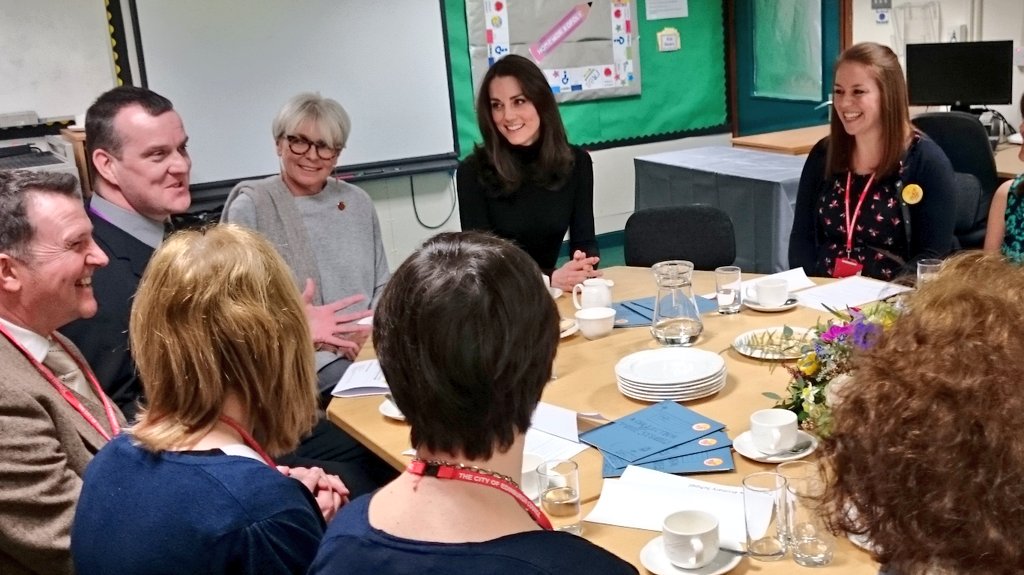 The second engagement of the day was at Wester Hailes Education Centre where Kate viewed The Art Room’s work in the school. Kate participated in a round table discussion looking at how The Art Room works with the wider community. Kate also joined an art workshop where students express their feelings through art.

The Art Room offers art as therapy to children 5-6 to increase their self-esteem, self-confidence and independence. 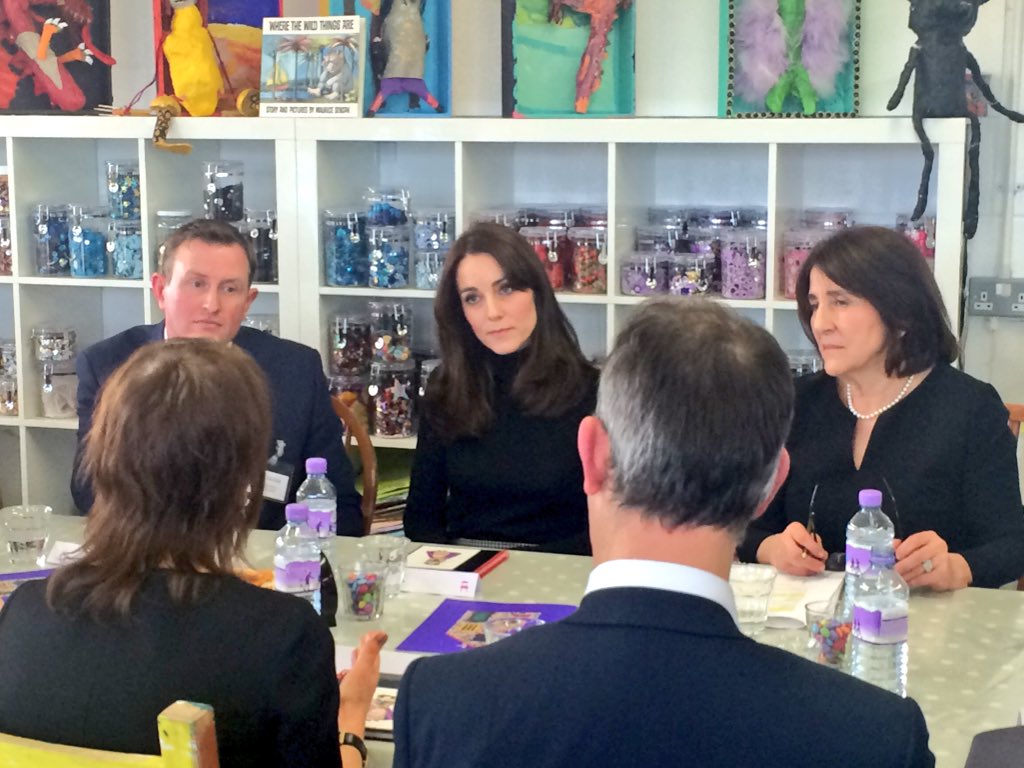 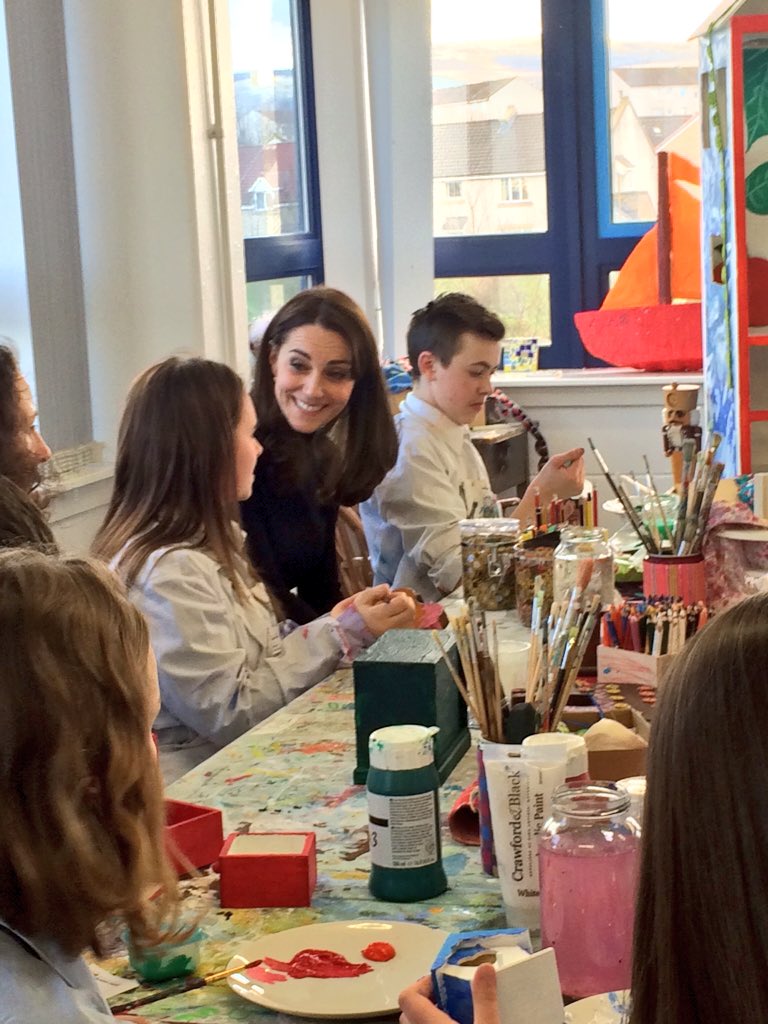 Kate then moved to Craigmount High School for a Tennis On The Road training session with Judy Murray (Andy Murray‘s mother).

Tennis On The Road is a roadshow where Judy Murray and her team travel to schools to teach parents, coaches, teachers, and volunteers the tools needed to get kids active and to help further kick-start and develop tennis in Scotland.

Judy Murray gave an interview to Sky News (at the end of the video below) where she said of Kate:

“Well she’s a really keen tennis player. She played in her school team; she’s just become patron of the All England Club, which to most of us that is Wimbledon, which is a huge thing for tennis but also women’s sport. I’ve seen her several times at Wimbledon supporting and I know that tennis is one of the two sports that she can beat Prince William at.”

BTW, Kate has never attended a women’s match at Wimbledon. She’s only ever gone to the men’s matches. Yay, women’s sport?

Kate repeated her MaxMara Sportmax long green coat she debuted on Christmas 2015. Underneath, she wore a black turtleneck and a new skirt from Le Kilt, the “Classic – Houndstooth Long” (£470.00).

Kate wore her Kiki McDonough Lauren diamond leaf earrings, as well as her staples: Mulberry Bayswater clutch in black suede, Stuart Weitzman Power Pumps in black suede, and Cartier watch. Kate wore her hair down for the first two engagements but put a few pieces up during the tennis gig.

For everyone side-eyeing Kate’s dirty sneakers while out shopping last week (which I still don’t have a problem with), Kate’s sneakers yesterday appeared to be brand new.

You know what I do have a problem with? $345 track pants. Track pants! 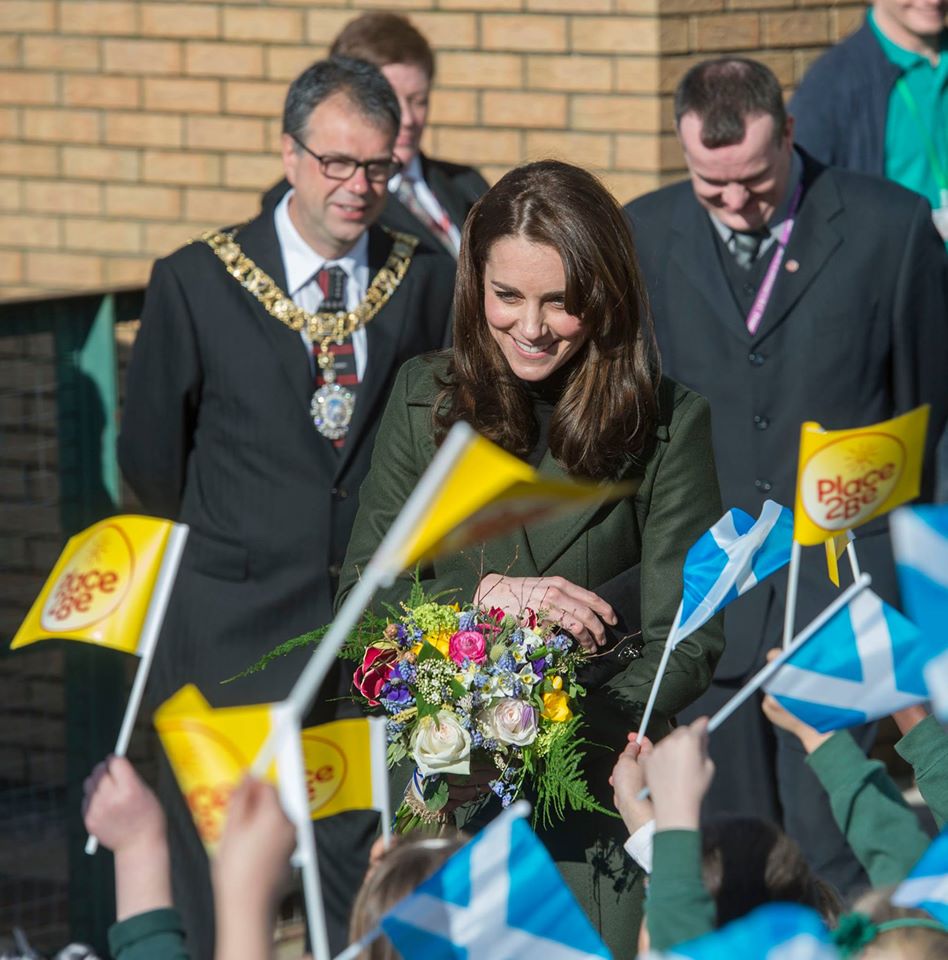 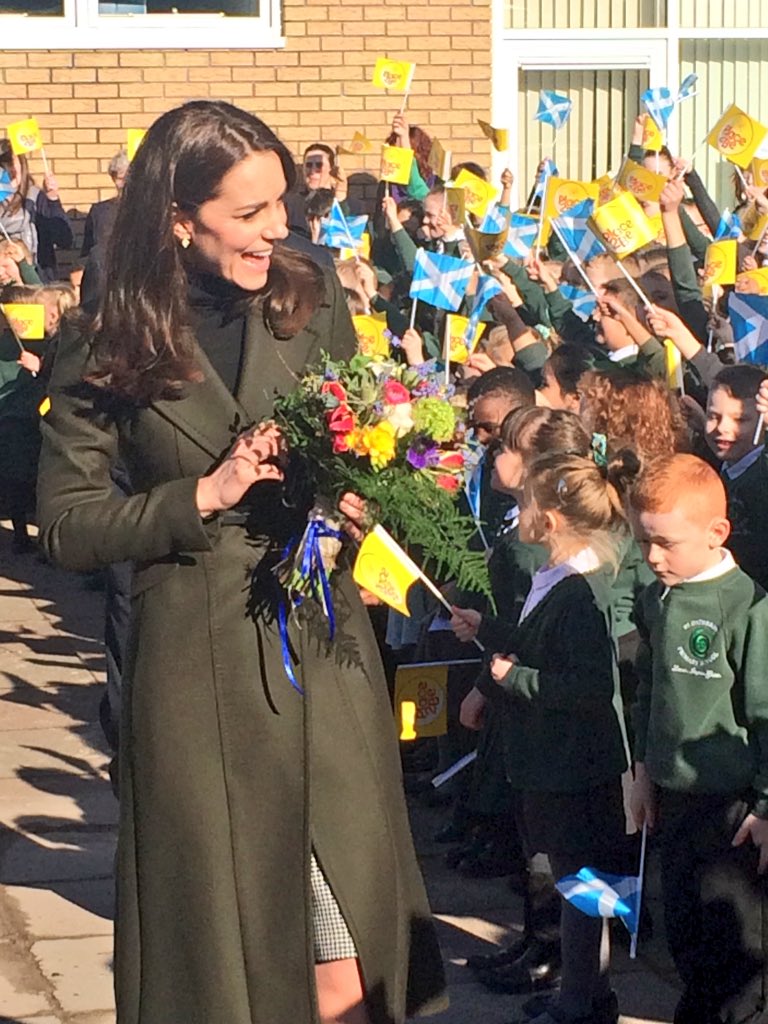