Following his opening of the new Sentebale center in Lesotho and falling off a polo pony, Prince Harry continued his royal tour of South Africa. He also released photos from his work over the summer, which is covered in a separate post.

On Monday, November 30th, Harry was in Cape Town where he called on Archbishop Emeritus Desmond Tutu and, on behalf of the Queen, presented him with the Insignia of an Honorary member of The Order of the Companions of Honour. The Order of the Companions of Honour was instituted in 1917 by King George V and consists of The Sovereign and 65 members. It is conferred on people for recognized services of national importance, for a pre-eminent and sustained contribution in the arts, science, medicine or government. The appointment is in recognition of Tutu’s services to UK Communities, and International Peace and Reconciliation. 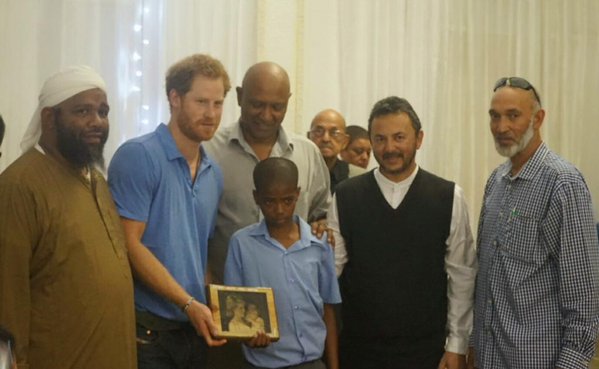 Following his meeting with the Tutu, Harry visited the Ottery Youth Centre – a rehabilitation center for children linked to gang related crimes – where he was given a wood carving of a photo of Harry with his mother, Princess Diana.

Harry made some comments about how he didn’t enjoy school and how he is the better Wales brother.

“I didn’t enjoy school at all. I would like to have come to a place like this. When I was at school I wanted to be the bad boy.”

“I’m the younger brother but I’m much cooler than my older brother.” 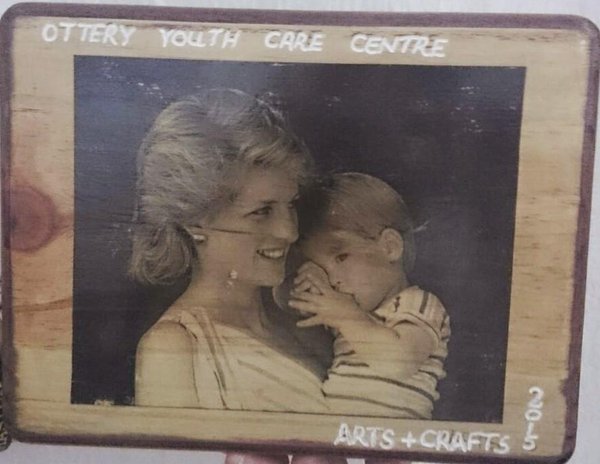 Harry then visited the Football For Hope Centre where he met children and took part in training sessions led by coaches from Grassroot Soccer – which uses the power of soccer to educate, inspire, and mobilize communities to face pressing health challenges such as HIV/AIDS, sexual health, and GBV. 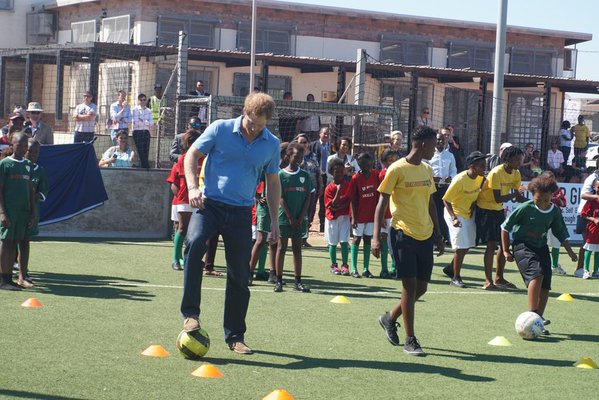 The next day, Tuesday, December 1, Harry visited the Kings Park Stadium to join members of The Sharks rugby team on the pitch during a training and skills sessions with coaches and young players. Harry was presented with a personalized shirt for himself, Prince George, and Princess Charlotte. 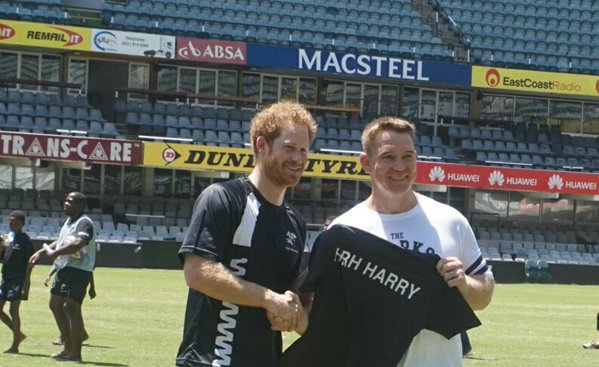 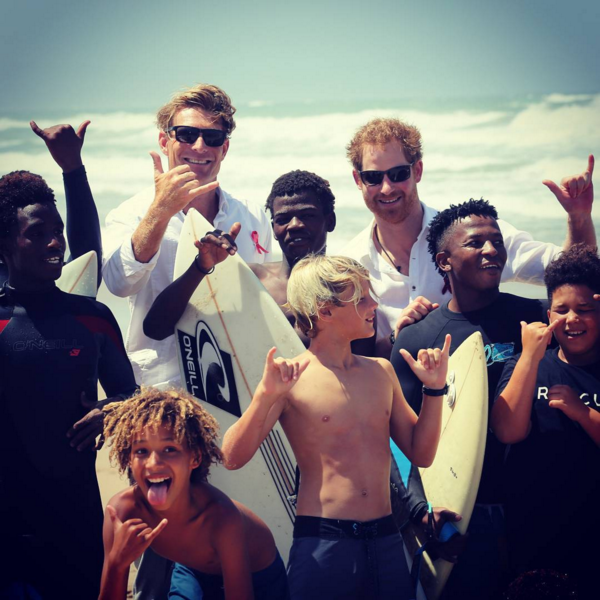 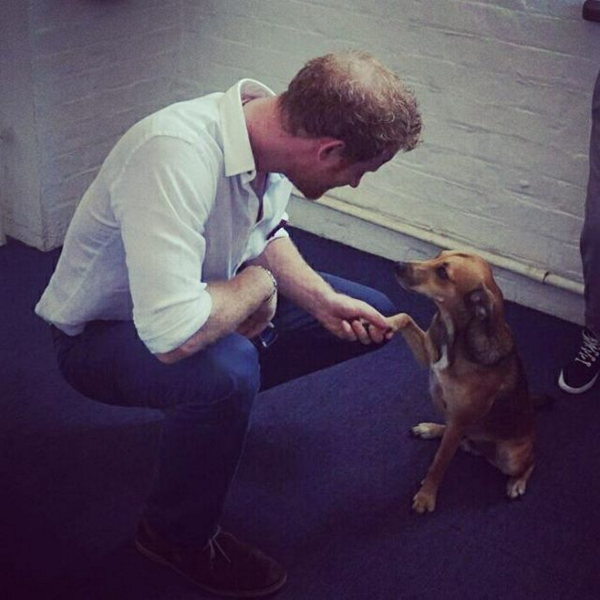 Jasper was not the only dog Harry met that day, he also met a dog named Killer, a specialist anti-poaching dog, when he visited the Mission Area Joint Operations Centre (MAJOC).

Harry was then shown the carcass of a rhino slaughtered for its horn inside Kruger National Park. 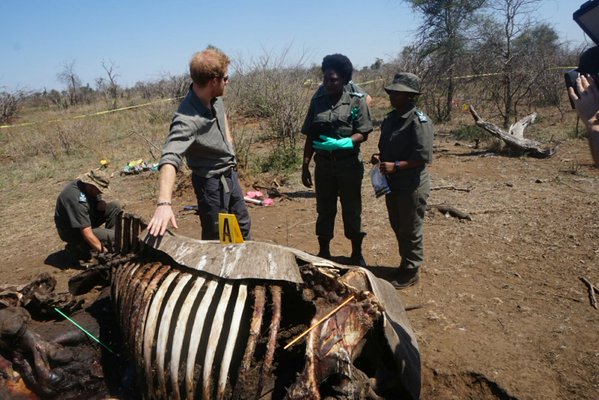 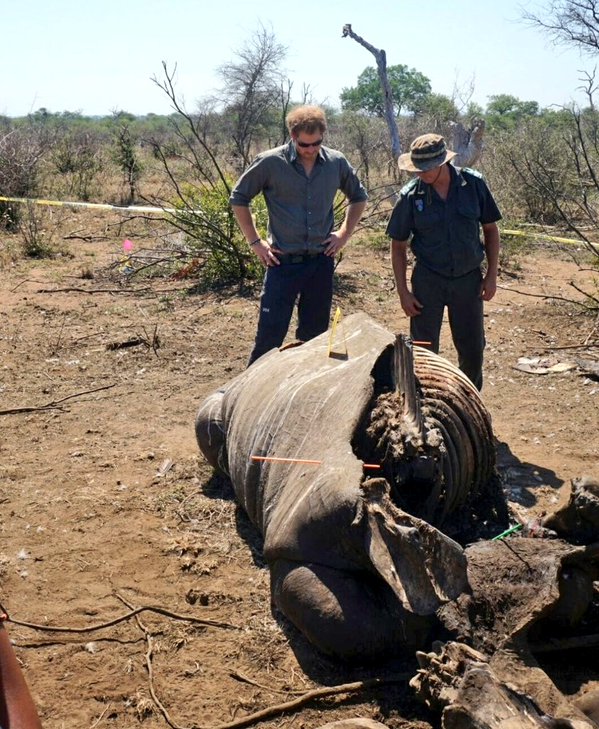 While at Kruger, Harry gave a speech. In the interest of space, I’m only pulling parts.

His love of Africa: “My love of Africa has never been any secret – it’s just been a huge part of my private life. I’ve always wanted to keep it like that until I had the experience of age to give something back to a place that has given me and so many others the freedom and space we all crave. This continent has given me thousands of happy memories since 1997 and for that I am indebted to it.”

The increase of poaching in Kruger: “But in recent years Kruger has also become a major killing field. The numbers of rhinos poached in South Africa has grown by nearly 500% in just five years, with most of these occurring in Kruger. Already this year 1,500 rhinos have been killed in this country. That is four every day. If current poaching rates continue there will be no wild African elephants or rhinos left by the time children born this year, like my niece, Charlotte, turn 25. If we let this happen, the impact on the long-term prosperity of this country and on the natural heritage of the planet will be enormous and irreversible.

“Demand for rhino horn and ivory on the other side of the Earth is fuelling this carnage. Bad taste in fashion and decoration, and disproven beliefs in medicine are leading some people to covet animal products with no care for the consequences. People are willing to let a species go extinct so they can have an ivory trinket, Rhino horn doorstop or get a supposed cure for a headache. The market value for rhino horn has grown significantly and has created a huge incentive for desperate people to risk their lives for a payday from ruthless criminal traffickers.”

William’s work: “My brother, William, is working at a global level to encourage countries like America and China to lead the way in ending demand for ivory and rhino horn and to help African nations with the resources they need to beat the traffickers.

“Next week in London, he will host a global taskforce of transportation firms, government agencies, and wildlife experts to agree an ambitious plan to shutdown global trafficking routes. William has put the fate of endangered species back on the agenda of governments, companies, and NGOs around the world. I am incredibly proud of what he is achieving and will do whatever I can to support him.”

I rolled my eyes at the mention of Charlotte, but Harry followed that up by mentioning the effect the loss of these animals will have on the economy so I’m okay with it. It’s a good speech.

Harry moved on to visit Siyabonga Secondary School in the Soweto township in Johannesburg where he met with students at the LifeCo UnLtd project and the Queen’s Young Leaders program.

Harry made some interesting comments about people in the public eye:

“I would never want anyone to follow me in the bad things I do, only the good things. We have a certain responsibility to make sure that young people look at us and say that’s how I want to live, then hopefully everyone else will follow. It’s very important that people in a public position behave well. Because you have to ask, if I had a young person following me, how would I want them to behave?”

Does that mean Harry has really changed his way of thinking and no more Nazi costumes and naked Vegas parties? 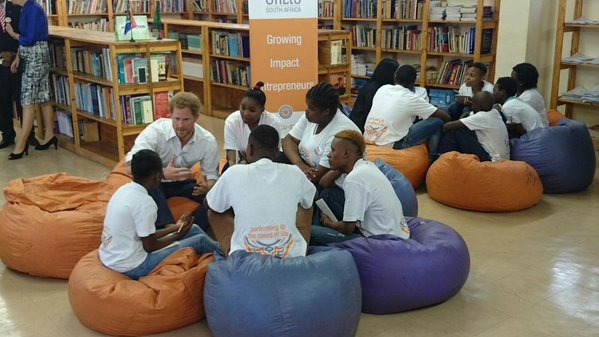 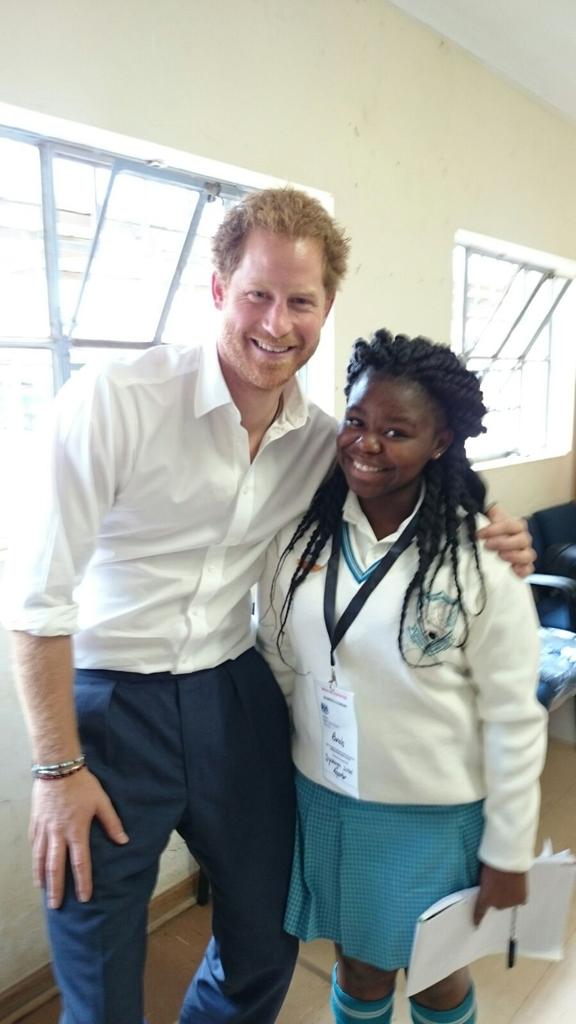 Harry then visited a Youth Empowerment Exposition where he met young entrepreneurs at The Bus Factory.

Harry’s final stop was the Nelson Mandela Foundation Centre of Memory where he met with Graca Machel (Nelson Mandela‘s widow), viewed memorabilia from Mandela’s life (including a photo of Diana), and gave a speech. Mandela died two years ago tomorrow, on December 5, 2013; the news of which came out during the royal premiere of the film Mandela: Long Walk to Freedom. Harry attended the memorial service at Westminster Abbey on March 3, 2014.

“It is not for me to try and put into words the impact that President Mandela had on South Africa, or a generation across the globe – those far more eloquent than I have already done so. However, I was fortunate enough to meet Madiba a number of years ago and I have treasured that memory ever since. […]

“I know that President Mandela worked tirelessly to protect everything that is special about this beautiful country for all future generations. To that end, I was pleased on this trip to lend my support to the conservationists who are fighting to protect South Africa’s natural heritage, especially its critically endangered animals. Much of this work is a burden that South Africa bears on behalf of the entire world, and there is gathering momentum to support you in this urgent task. I was pleased to be able to discuss this with President Zuma this morning and share my hopes for the future.

“I can think of no better way of ending my visit to South Africa than by joining you this evening to remember Madiba as we approach the anniversary of his passing. I know he is missed by a generation, a nation and most keenly by his family. However, he will never be forgotten.”