Prince Harry gives moving speech in Lesotho, talks about the loss of his mom

Hey, guys! I hope you had a great Thanksgiving (for those who celebrate) and don’t get hurt if you’re out doing Black Friday shopping. Whether Thanksgiving is a thing for you or not, here are some Harry photos to brighten up your Friday.

*Harry flops warning* Prince Harry (still sporting the Ginger Beard) started his royal tour to Lesotho and South Africa yesterday, November 26, with a moving speech in which he talked about the “gaping hole” left by the death of his mother, Princess Diana.

Harry was at the official opening of Sentebale’s Mamohato Children’s Centre in Lesotho when he said in part:

“Eleven years ago I made my first visit to Lesotho, with the help of Prince Seeiso. As we travelled the country I was amazed by its raw beauty; but I was also struck by the many children I met whose lives had been shattered by the loss of a parent and in some cases both. I couldn’t believe that so many children had been robbed of their childhoods by extreme poverty and the ravages of HIV and AIDS. Behind those smiles it was clear they desperately needed care, attention and above all, love.

“Although our situations couldn’t have been more different, I felt an overwhelming connection to many of the children I met. They were far younger than me, and of course, their situation was a great deal more challenging than my own. Nonetheless, we shared a similar feeling of loss, having a loved one, in my case a parent, snatched away so suddenly. I, like them, knew there would always be a gaping hole that could never be filled. For so many of the children in Lesotho, that situation was compounded by the harsh environment and extreme poverty they faced. At the age of just eight or nine taking on the responsibility of caring for brothers and sisters there was simply no time for being a child anymore.

“Experiencing this first hand in 2004 put all my experiences and worries into perspective. From that moment, it wasn’t a question of when but how quickly could we put something in place which could help these children, robbed of the carefree childhood many across the world enjoy.

“It was already obvious to me that a great deal of valuable work was being done by local people across these communities. But it was also clear that the volunteers and organisations weren’t able to attract the financial support they needed, as attention was rarely drawn to Lesotho. Prince Seeiso and I felt that we could make a meaningful and long-term difference to these children by starting a charity which could draw attention and funds to these grassroots organisations. From the start, our approach was all about working with partners, after all, they were the ones with knowledge and expertise of working in such a unique and challenging environment.”

This was really a fantastic speech which I only partly quoted due to space. Harry related to the children his charity helps, talked about why he started the charity in the first place, talked about the charity’s goals, and what they’ve already accomplished. It’s well worth the read.

I complained about the way Duchess Kate talked about why she decided to take up children’s mental health as a cause and several of you guys disagreed with me about that – saying she wasn’t trying to other her audience, that she was understanding that she fortunate, or that I just shouldn’t complain. I stand by the fact that I (emphasis on I) thought the way Kate talked about her childhood was othering in the face of children suffering from mental health issues, and want to say that I like the way Harry talked about why he took up his cause because he related to the children in saying he has experienced loss but also made sure to express that he did have an easier time than the children of Lesotho. He understands his privilege compared to the Lesotho kids but is still able to relate to them in some way (which is what I wanted from Kate).

I cannot speak to Harry’s delivery because as of time of posting the only video I’ve seen of his speech is the one below which is only a small part taken from far away. If I see a better video later, I will update the post. 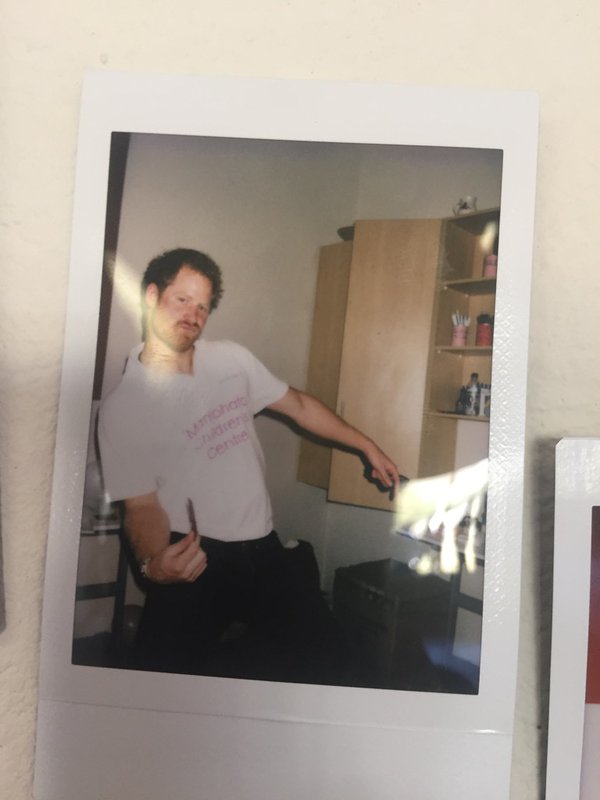 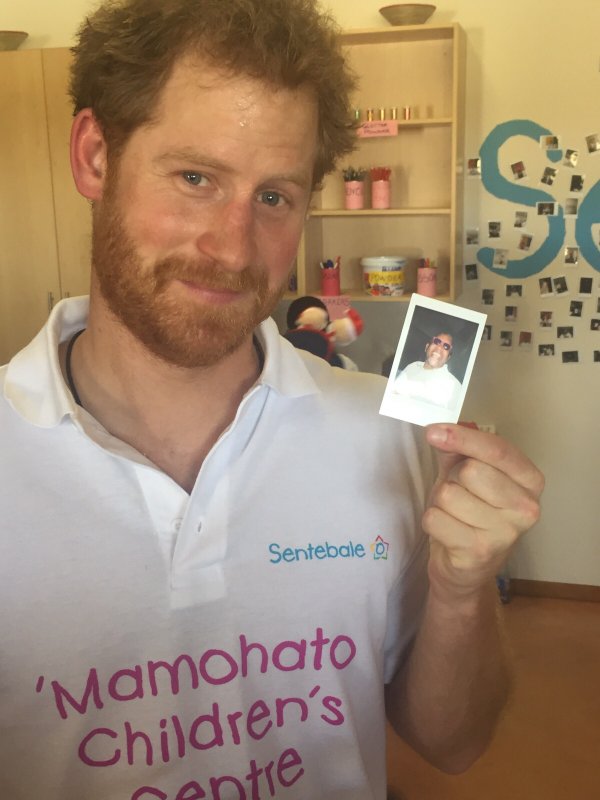 Before his speech, Harry toured the center and took part in a photography workshop with the children and Prince Seeiso (Sentebale’s co-founder). They took Polaroids of themselves and stuck them on the wall. Harry seemed into it, even using props and doing fun poses for the cameras. Harry even took some photos himself. Relebohile Mokemane, who was running the session, said of Harry: “Prince Harry is very fun, he engages with [the children]. Someone might be sitting there and not doing very much and he brings them in.”

Harry also took part in a drama workshop where he watched a play about a young girl contracting HIV as part of a project encouraging young people to use drama to discuss social issues.

A bit about the Mamohato Children’s Centre from Sentebale:

“The ‘Mamohato Children’s Centre will be the flagship facility that supports all of Sentebale’s work with vulnerable children in Lesotho. Named after His Majesty King Letsie III and Prince Seeiso’s mother, the late Queen ‘Mamohato Bereng Seeiso, who was known as the Mother of the Nation, the centre will be used to hold a range of events and workshops to benefit vulnerable children. These will include hearing assessments for children with hearing disabilities, training workshops for organisations caring for vulnerable children, peer educator workshops and forums and, specifically, it will host camps delivering psychosocial support to children living with HIV.

“The aim of Sentebale’s camps is to ensure all 10-19 year olds living with HIV access and adhere to their anti-retroviral treatment, feel supported in school, at home and in the community, and are able to lead healthy and productive lives. In addition, the camp inspires child-to-child communication encouraging children and young people to teach each other about the disease, breaking down stigma that prevents many knowing their status and accessing treatment.” 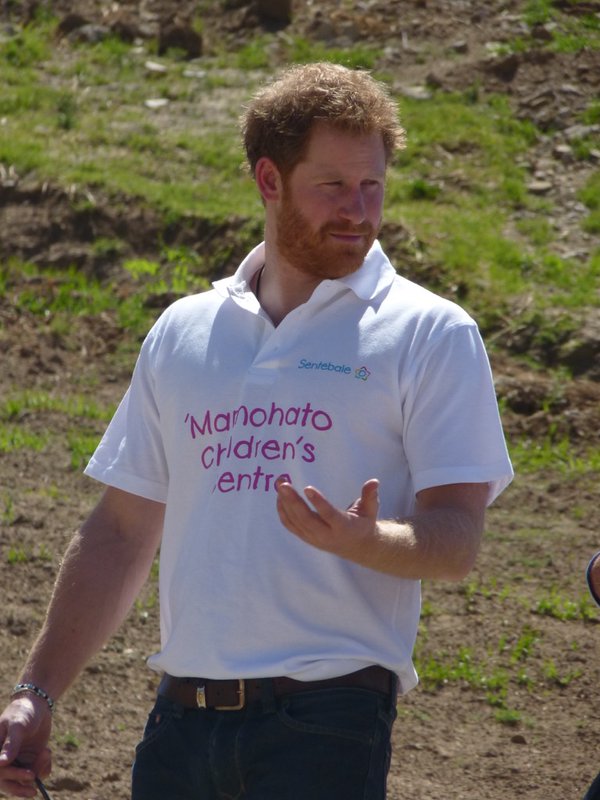 While the center in named after Prince Seeiso’s mother, Harry’s mother and beloved nanny were not forgotten. There is a Diana, Princess of Wales Hall and the Welcome Center is “in loving memory of Olga Powell”. 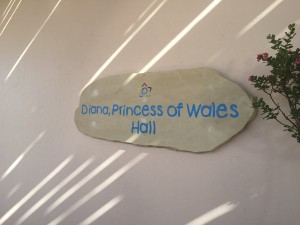 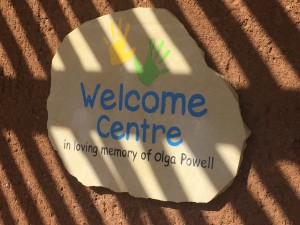 Before opening the center, Harry met with King Letsie III of Lesotho (Prince Seeiso’s brother) and the Prime Minister. The King said he longs for the day he can welcome “Harry and…” But joked that we may have to wait a few years for that.

Harry wore a navy suit for the visit with the King and wore a Mamohato Children’s Centre polo shirt and jeans to open the center.

There was a dinner in the evening which Harry attended but the press were not allowed (though they were allowed to view the room before the dinner took place). Joss Stone performed and apparently Harry danced for the entire set. The menu consisted of: Osso bucco, local trout with tomato and onion, samp and beans, savory rice, creamed spinach, roasted butternut squash with almond butter, and steamed bread for the main course; and sticky toffee pudding with custard for dessert. 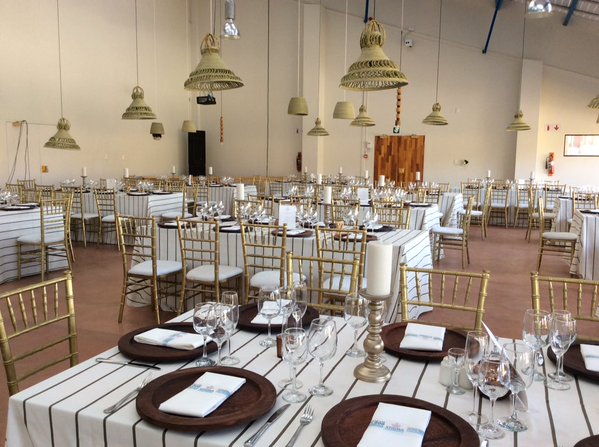 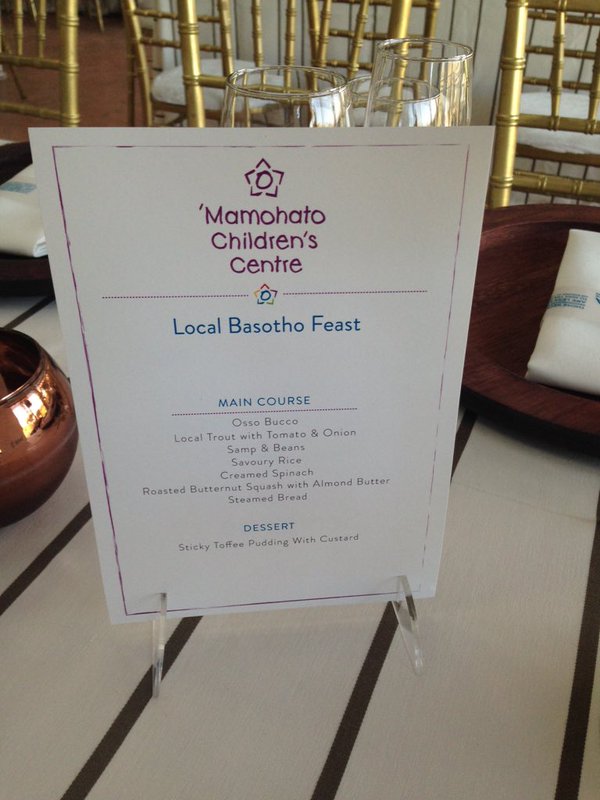 There are no public engagements on Harry’s schedule for today, November 27, but he will resume his tour tomorrow, the 28th, in South Africa. For now, here are some more photos from the event.

75 thoughts on “Prince Harry gives moving speech in Lesotho, talks about the loss of his mom”