Prince Harry talks leaving the army, wanting children: “I would love to have kids right now”

Prince Harry
May 11, 2015May 11, 2015 by katemiddletonreview141 Comments on Prince Harry talks leaving the army, wanting children: “I would love to have kids right now”

Prince Harry sat down (or stood, rather) for an interview with Sky News while on tour in New Zealand. He talked a lot about his time in the army, his reasons for leaving, and wanting to earn a wage like everyone else. He also talked a bit about wanting to meet Princess Charlotte and wanting his own wife and children.

On leaving the army:

“It is a crossroads. I’m in the same position now as other people in my year group, or my rank would be in. Because I’m a non-grad, I’m slightly behind everybody else. And most of the guys I joined with … have already left, for numerous reasons. But it is a case of, if we move on, more responsibilities come. And, I suppose with wanting to take on slightly more of [the royal duties] role, I don’t really feel I would be in the right position (to help) the careers of more soldiers or to take on the responsibility of continuing to fly, for instance. So it is a balance, and I’ve tried to get it right over the last six months to a year, before I finished. And it was getting hard. As I said: I’m at a crossroads.

“A lot of guys my age, when they get to captain, they leave, and that’s because a lot of guys join for the outside, for the excitement of running around in the bush with soldiers and there is a point when you have to take the next step and go to a desk and do staff college and become a major and so on. And with all that comes responsibilities and a lot of your time, which, if I’m doing this sort of stuff, it doesn’t work. I don’t want people to cover for me.”

On wanting to earn a wage like normal people:

“There’s a few things on the shortlist. But I don’t want to speculate because I know what people are like. As long as people back home … know that they can trust me, that I’m making the right decision and that whatever it is, it will be something that means I can give something back. [The royal duties] part of the role is fantastic but I and William – both of us – feel as though we need to have a wage as well; to work with normal people, to keep us sane, to keep us ticking along. In the future, from our point of view, if we want to make a big contribution, or a valid contribution and be taken seriously, then we need to work alongside other people.”

“I didn’t see any coverage at all. [William] sent me two photos; one before everybody else, which was nice, and then another – one with her back with George back home. So, as I said, I’m so looking forward to seeing her, to meeting her and to holding her. She was a little bit late, hence I missed her. So she’ll have to work on that! But apart from that, it’s fantastic news for both of them. So I’m thrilled.”

On the “party prince” label:

On marriage and family:

“There come times when you think now is the time to settle down, or now is not, whatever way it is, but I don’t think you can force these things it will happen when it’s going to happen. Of course, I would love to have kids right now, but there’s a process that one has to go through and… tours like this are great fun. Hopefully I’m doing alright by myself. It would be great to have someone else next to me to share the pressure. But, you know, time will come and whatever happens, happens.”

The other thing is he talks more about wanting children than finding a woman to love, who loves him. So is Harry looking for love, or just a woman who is actually willing to take on the royal life and give him kids? Is Harry looking for a loving partner, or a Kate Middleton?

As for him leaving the army, it makes sense: Harry doesn’t want a desk job or more schooling; he is an action person who chose not to attend university because he didn’t like school. As for earning his own wages… I mean, no job he could get would afford him to live the lifestyle he lives, so I think the earning his own wages thing is a bit dumb. He isn’t paying for his lifestyle out of those wages.

Harry speaking to a ranger in the woods of Ulva Island: 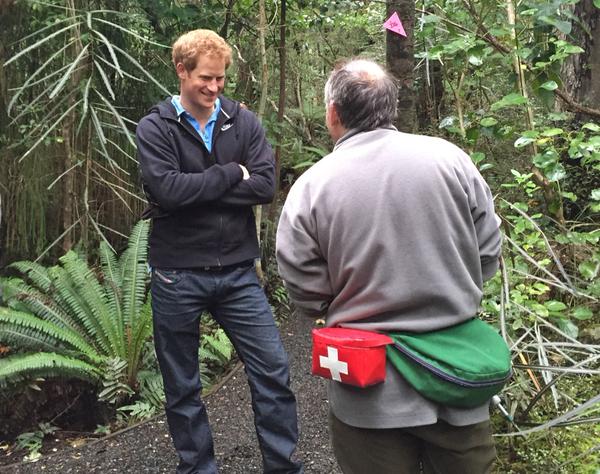 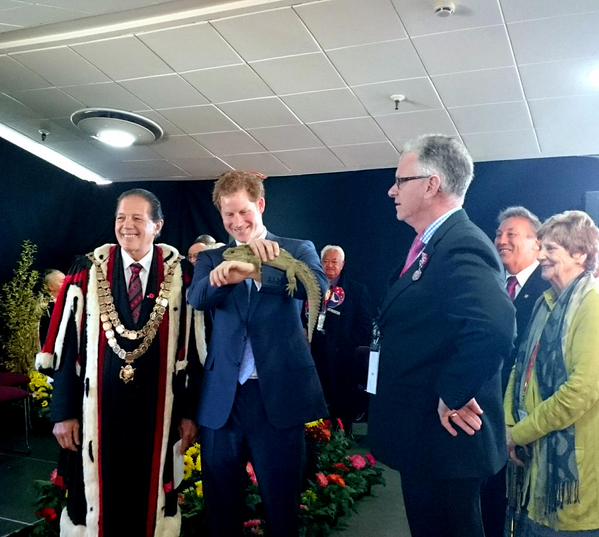 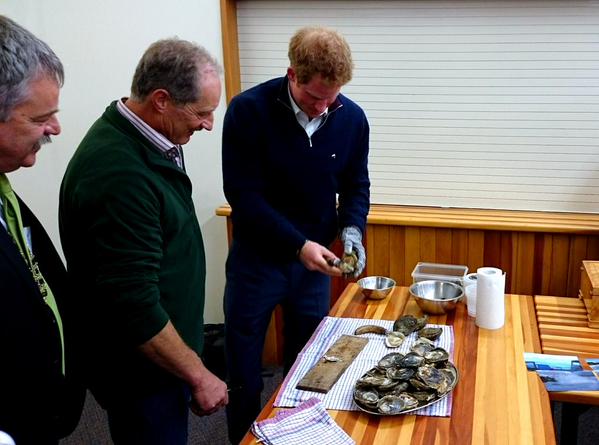 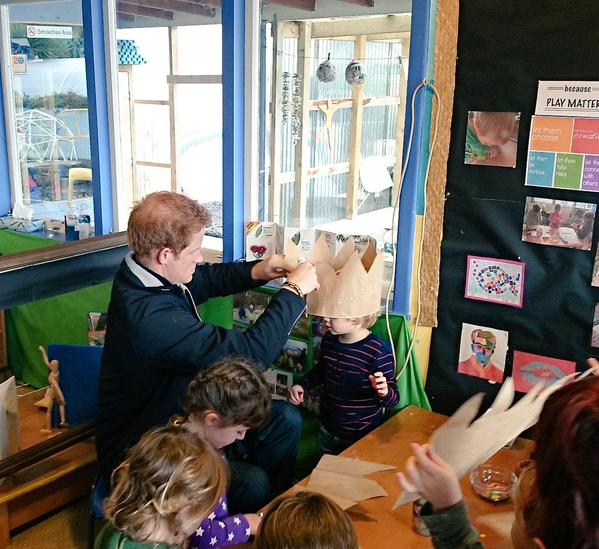 Harry making a face with a kid from Halfmoon Bay School:

Harry accepting a daisy from two little kids on his way to church on Stewart Island:

Harry’s interests other than the military, sports, conservation, and video games came up in the comments in the last Harry article and some of us mentioned his photography as another interest. Oddly enough, Harry press team released two photos taken by Harry on Kensington Palace’s Twitter and Instagram pages. They are of the sunrise on his way to Stewart Island. 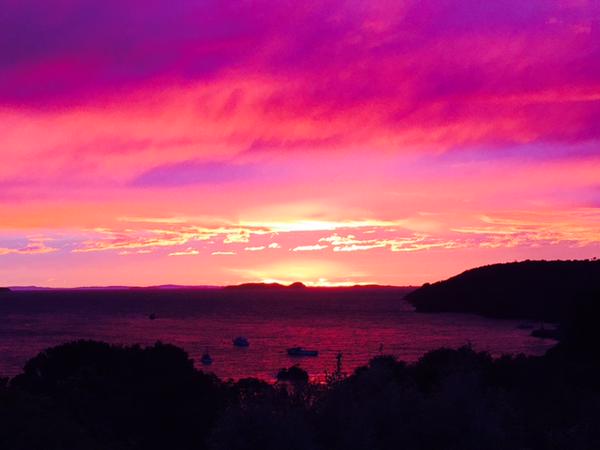 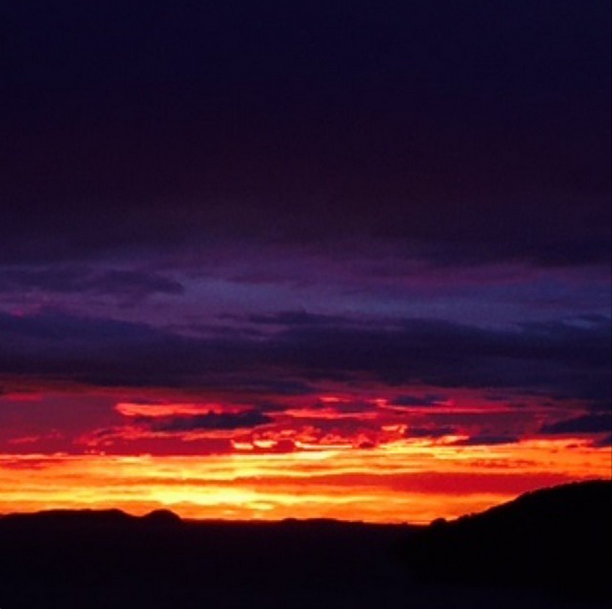 Harry answering questions from schoolchildren at Halfmoon Bay School on Stewart Island. He calls the Queen “Granny”, does not live in a castle, and does not own a crown.

141 thoughts on “Prince Harry talks leaving the army, wanting children: “I would love to have kids right now””