Kate Middleton, Duchess of Cambridge, was out and about again today, March 12, visiting the set of the award-winning TV show, Downton Abbey, at Ealing Studios. Kate has been a fan of Downton Abbey for years, revealing in 2011 that she and Prince William were huge fans of the show. Of course, they seem to be huge fans of every television show of every actor they talk to, but whatevs. The Middletons toured the Downton Abbey set in 2011, and Sophie, Countess of Wessex has visited multiple times before (including last week), so now Kate gets to check that off her list. Except Kate didn’t get to meet the amazing Dame Maggie Smith, because she dropped out due to illness.

To begin her tour of the set, Kate received flowers from the little boy who plays George Crawley, Zac Barker. He was dressed like a handsome little gentleman, but he didn’t seem too thrilled with his flower-giving duties. Kate also met the creator, Julian Fellowes, and other producers, cast, and crew. 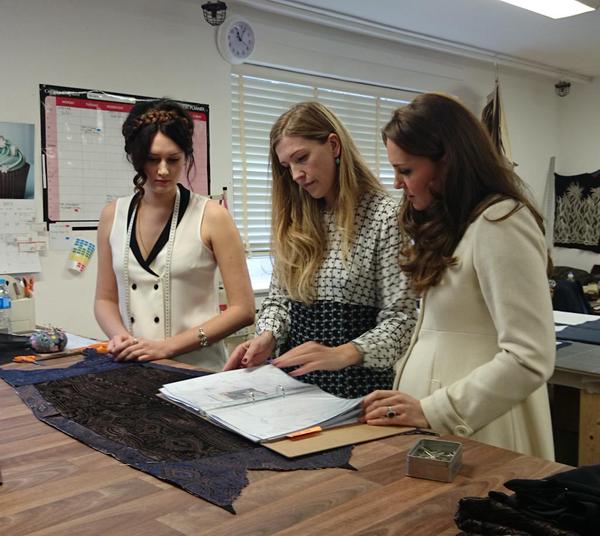 Kate toured different areas of production, including the makeup department, costumes department, construction workshop, and sets. She got to witness a scene being filmed, and even received a cake made to celebrate her visit. She unveiled a plaque to commemorate the visit and received a toy train for Prince George. Kate stayed for about two hours, half an hour longer than planned. 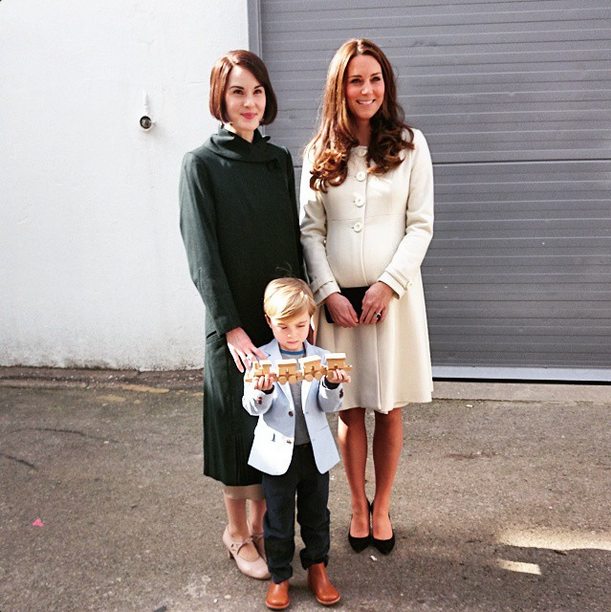 Kate wore a new white coat that looks very much like her other new white coat from Max Mara, but this one is the Jojo Maman Bebe “Cream Princess Line Maternity Coat” (£69.00 – that’s so cheap by Kate standards). Kate wore a white dress underneath, but she never took off her coat, so no telling what that dress is. She has so many clothes. 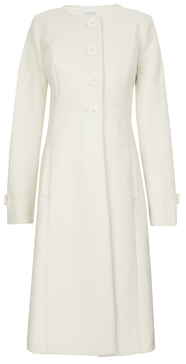 Kate’s accessories did not vary at all from yesterday. She went with the Stuart Weitzman Power pumps, Mulberry Bayswater clutch, and Annoushka pearl drops.  Kate wore her hair down. Sad face. 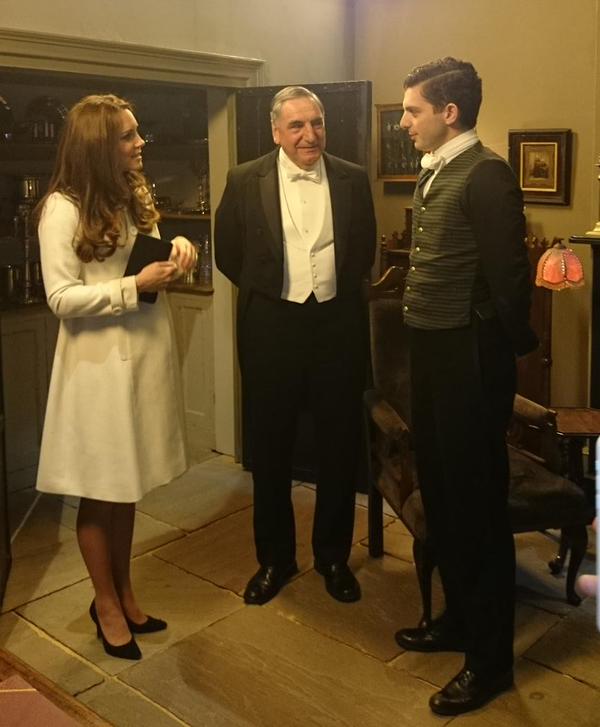 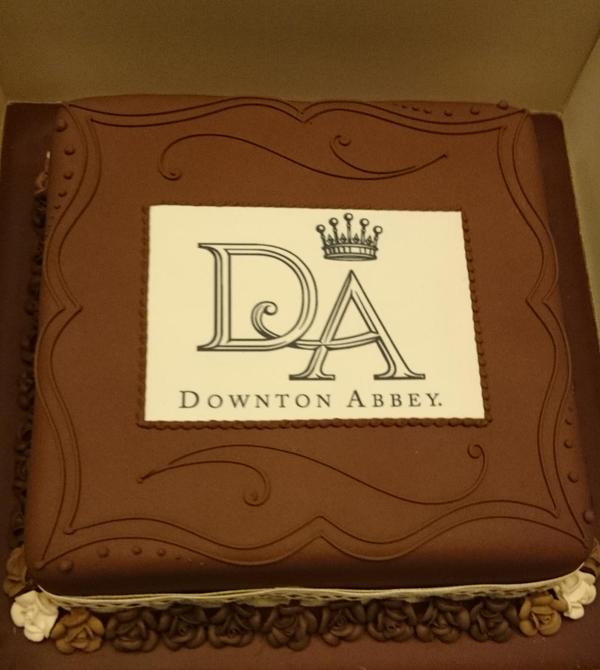 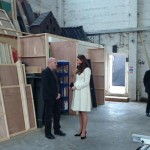 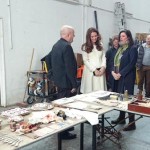 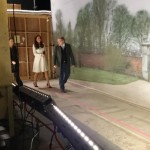 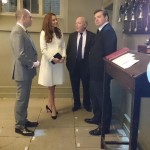 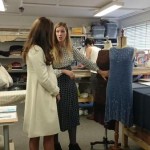 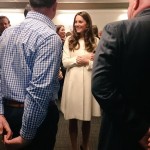 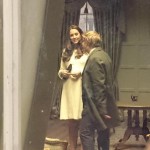 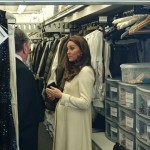