Yesterday, February 12, Kate Middleton visited her new favorite patronage, 1851 Trust, and Ben Ainslie Racing’s new headquarters in Portsmouth, Hampshire where she got to hang with hottie Ben Ainslie for the afternoon. 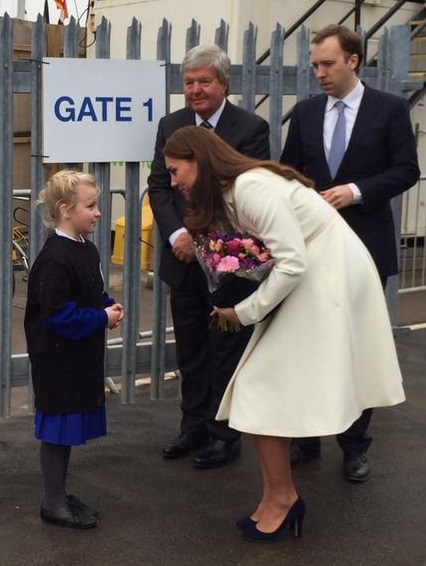 Kate started off the day by making a “private” visit to Ben Ainslie Racing’s current offices in Whiteley, Hampshire, where she tried the Oculus Rift to check out BAR’s boat simulator. 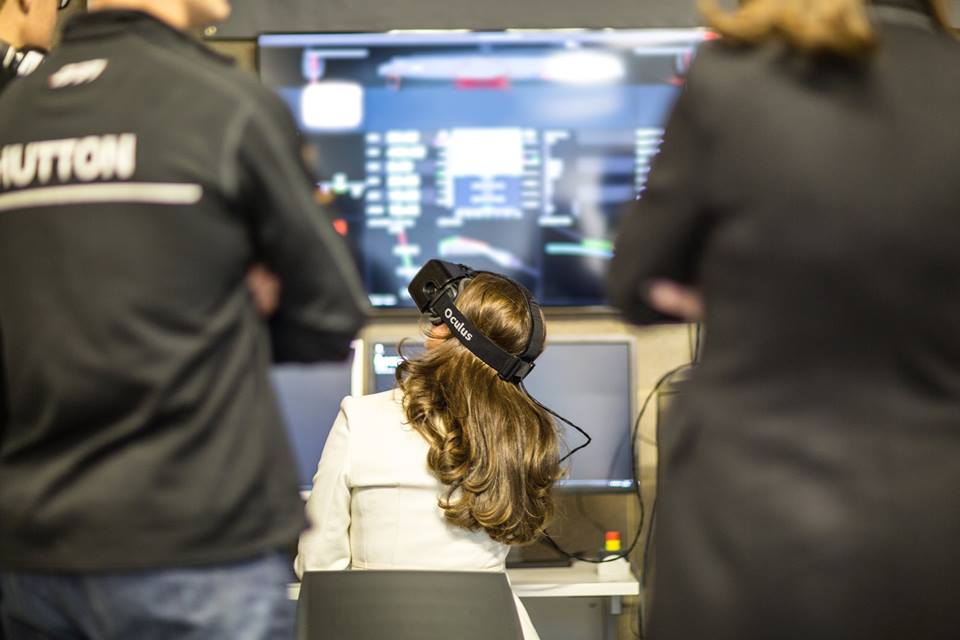 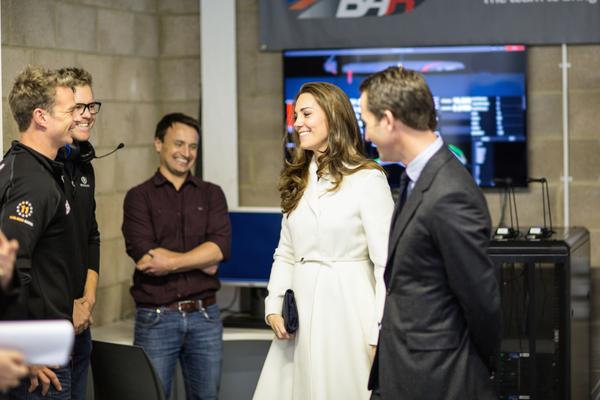 Kate then headed over to the site of the future offices of BAR and 1851 Trust, which are under construction. She viewed a mural at the site painted by schoolchildren, and made her own addition to the mural. Kate “painted in five crewmen, including Sir Ben, on a picture of a racing yacht, concentrating on depicting their bottoms hanging out over the side of the boat.” Why is Kate obsessed with bottoms sticking out? 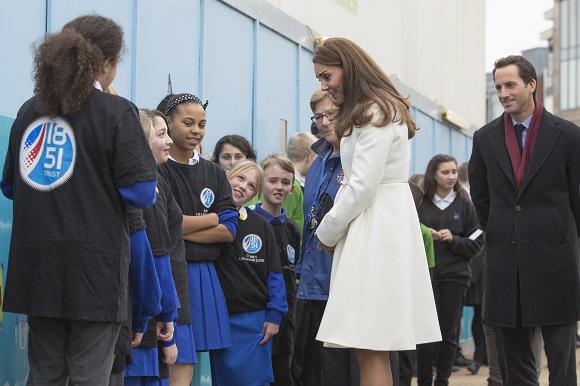 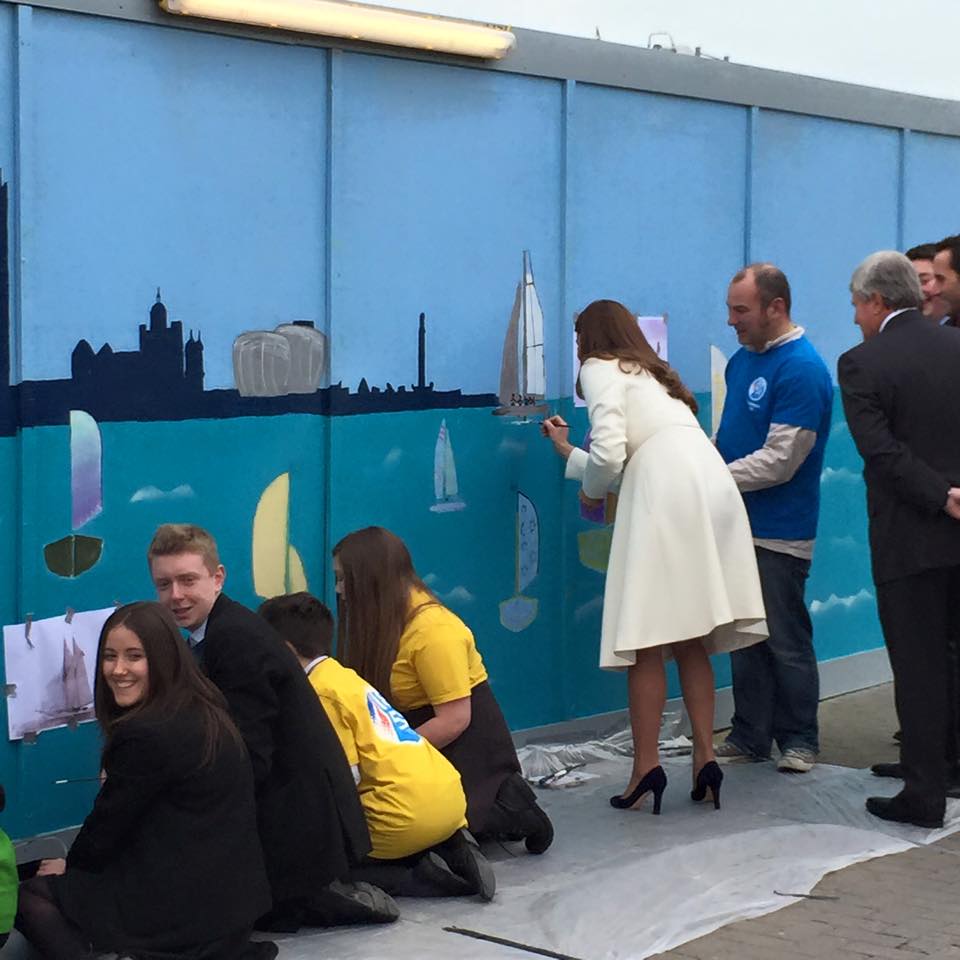 Kate referenced Prince George while painting, because of course she did. Art teacher James Waterfield, who helped Kate with her painting, said, “She told me she was painting yesterday with baby George and she should have brought him down because he loves doing all of this.” Does anyone remember during the Oz/NZ tour when Kate kept saying she would have brought George to engagements if he hadn’t been sleeping when she left? This kind of reminds me of that. At least she didn’t say George was sleeping this time. So we know two things George likes: swimming and painting. 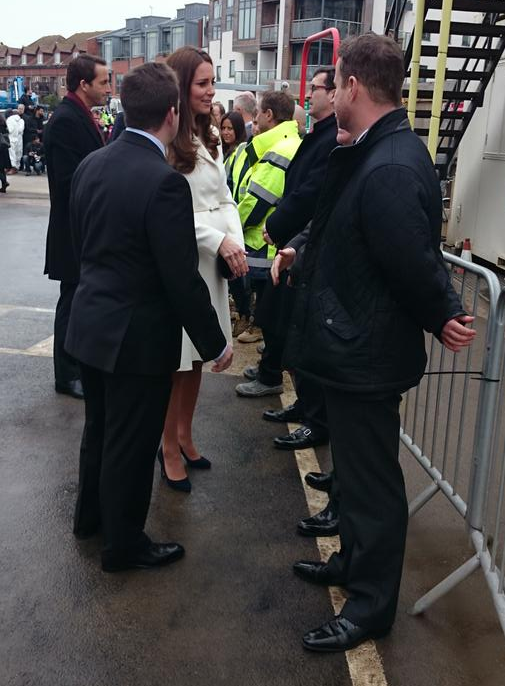 After viewing the site, Kate made her way to Spinnaker Tower for a reception to meet teachers and students involved in the art project and to view exhibits for the future 1851 Trust Visitor Center. She gave the Power Grinder a go. 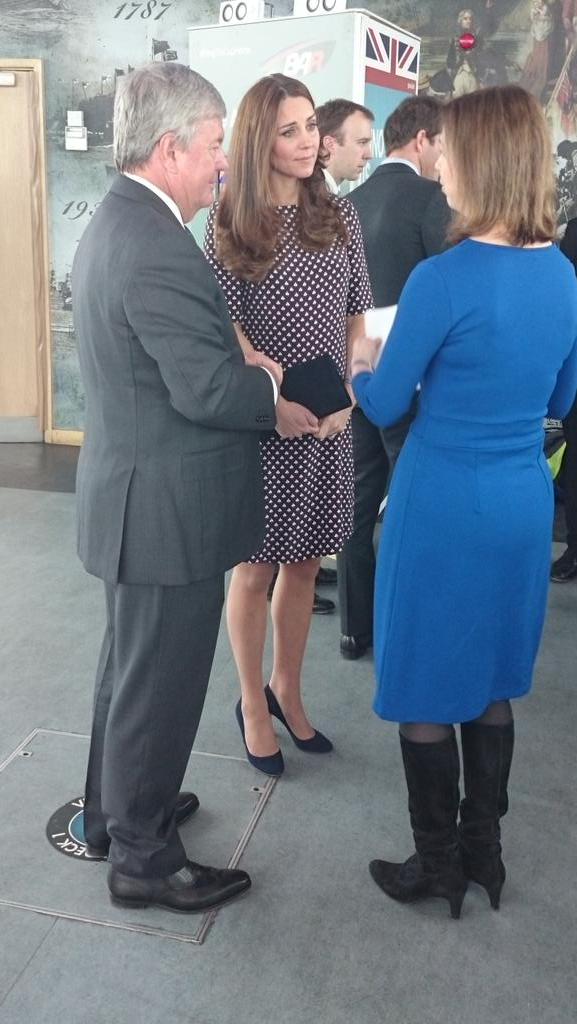 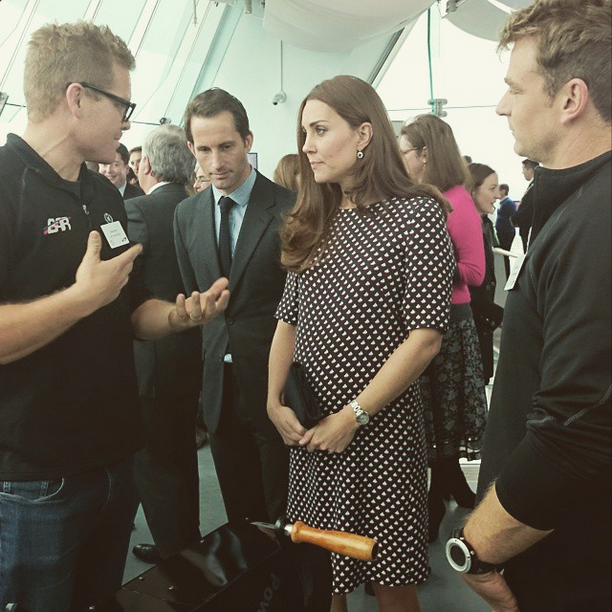 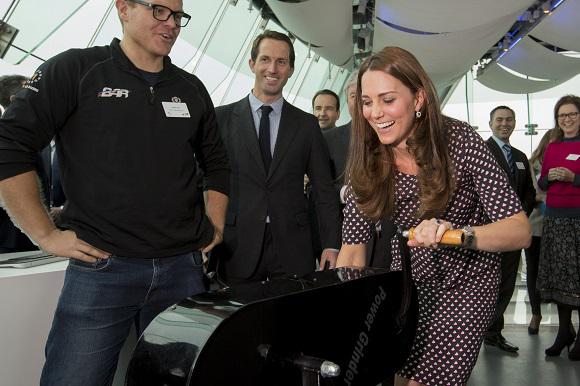 Kate received a mini Pompey football (soccer) jersey for George. The girl who presented it to her, Lucy Burroughs, said: “Kate said William would be very annoyed because he’s a massive Villa fan.” LOL I hope George grows up to love that Pompey jersey. Suck it, William. 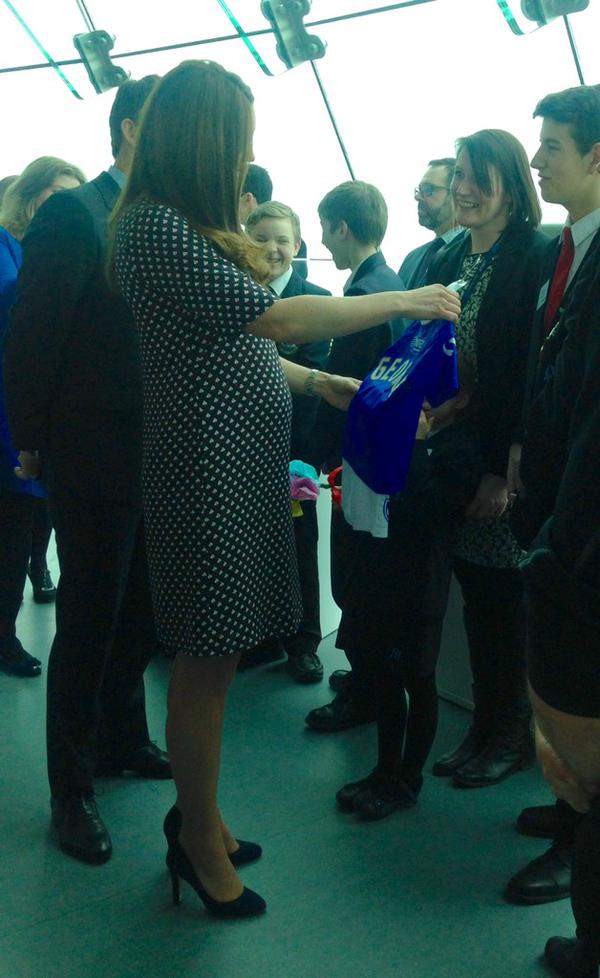 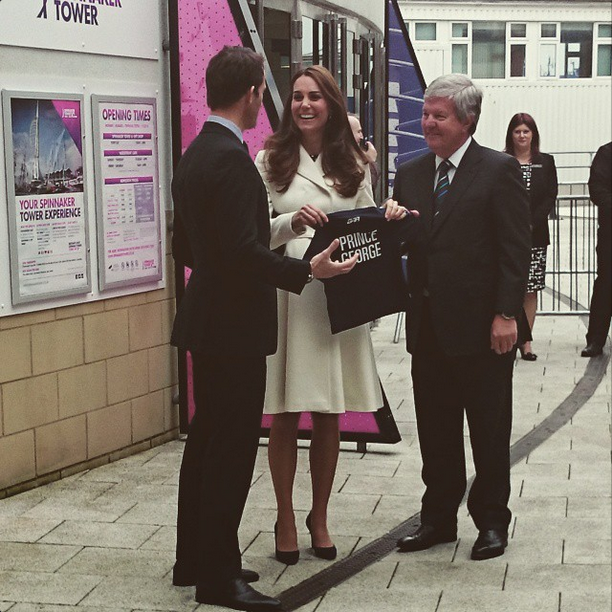 Kate really needs to stop theme-ing her outfits. Whenever she does anything with sailing or anything like that, her outfit is always nautical-themed.

I like the coat; it looks nice on her. I don’t like that tiny belt, though. Stop trying to make tiny belts happen, Max Mara. I also don’t like the shift dress. For some reason it makes her look like a little kid to me. I get she’s trying to cover her bump, but empire waists look great on pregnant women. 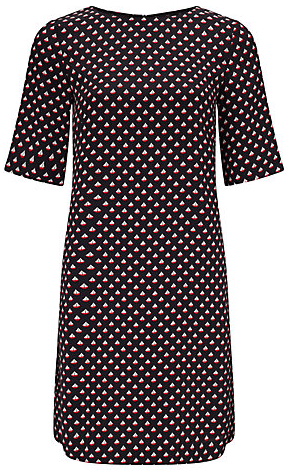 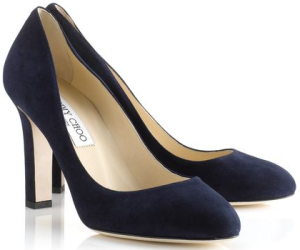 Let’s play another round of Who Wore it Better?

The contestants: Kate Middleton for her February visit to Portsmouth; and Princess Eugenie for Christmas service 2014.

The verdict: Honestly, the coat looks great on both of them, so it comes down to styling. Kate’s hair is too long, and I like the pop of pink with Eugenie’s hat, so I’m going to give this one to Eugenie.

PS. In the comparison photos, you can tell just how tan Kate really is.

Here’s a great video from the visits: