Prince William and Kate Middleton (in a super boring dress) attended their first Royal Variety Performance at the London Palladium Theatre on behalf of the Entertainment Artistes Benevolent Fund tonight, November 13. The Duke and Duchess of Cambridge were greeted by Andrew Lloyd Webber and his wife Madeleine Lloyd-Webber before heading inside and meeting some of the performers, including One Direction (which I guess is a band?) and Ellie Goulding (who sang at Will and Kate’s wedding). The Cambridges then headed into the auditorium for the performance, afterwards heading onstage to meet more performers.

Kate bored me to tears with her dress selection tonight. She wore another new dress, this one by Diane von Furstenberg, the “Zarita”. It’s a full length black lace gown. Kate already has a full length black lace gown, by Temperley, did she really need a new one, especially one so boring? It’s not just boring, it’s matronly. Like, I could totally see Helen Mirren wearing this to a premiere**. That’s not to knock Helen Mirren, she’s amazing, but she’s 69. Kate’s 32. I realize Kate loves her some lace, but she needs to stop wearing it all over her dresses, it just ages her. Case in point, Carole Middleton wore a similar all over black lace dress to the event – Carole is 59. If you are 32 and dressing like your 59 year old mother, you’ve got a problem.

**Actually, I take that back, even the goddess Helen Mirren wouldn’t wear something this boring. Full length lace, sure, but she’d at least wear a nice color or have the neckline a bit lower.

You know, as much as I was fearing we would get a fourth viewing of the Temperley dress, I almost wish Kate had worn it again. The DVF was THAT boring to me. 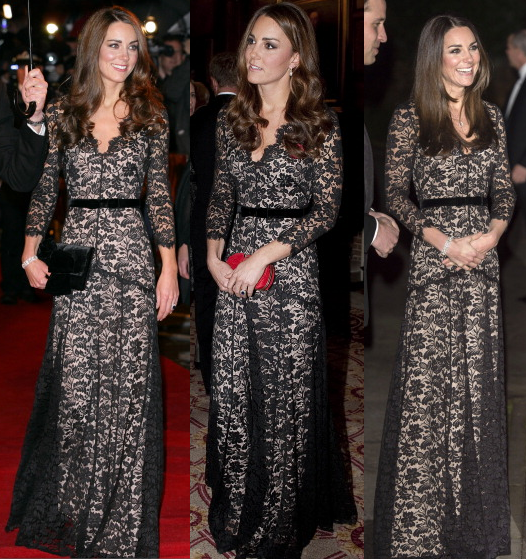 Kate accessorized with her Kiki McDonough Lola Blue Topaz Hoops, Jimmy Choo Cosmic pumps, and that sequined black clutch she carried to the Action on Addiction Autumn Gala. Boring dress, boring jewelry… just so much boring! At least her hair was up. I mean, she looked nice, just really boring.

You can also see the backline of the dress in this photo. 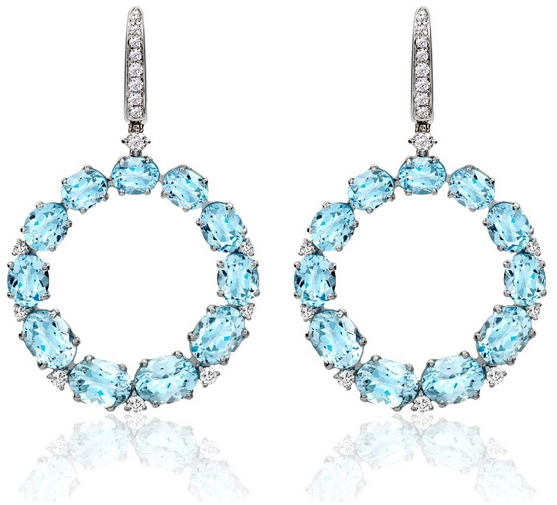 Did I mention that Carole Middleton and Michael Middleton were also at the show? Yeah, they were there. Sigh.

Kate receiving flowers from 6 year old Charlotte Tomlinson (who is clinging to her mother, Cathryn Tomlinson). How adorable is she? I love her dress and shoes, so cute!

Here are some bump-y photos for you (ugh, button your jacket, William!):

Rut Roh!! Did this lady wear the same dress as Kate? I cannot find a good photo of this woman, and I have no idea who she is. The below photos are screengrabs from the above Telegraph video. Obviously it’s a grainy image, so there’s no way to be sure, but it looks the same to me. If they are indeed in the same dress… YIKES! 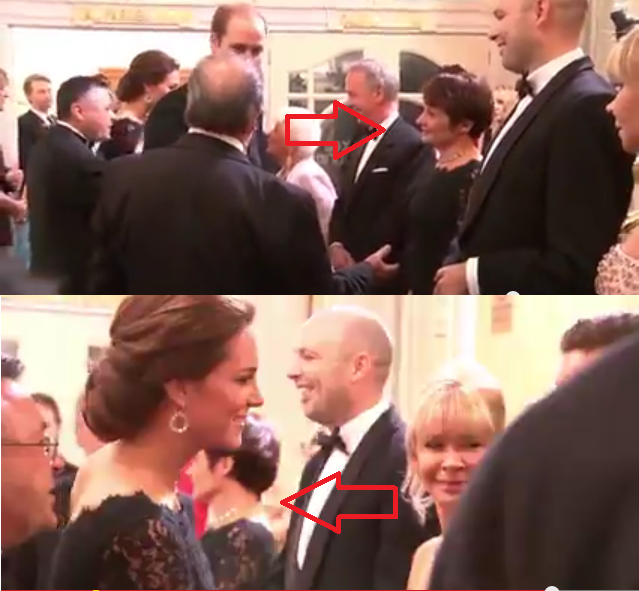