Is Cressida Bonas pulling a “Waity” by “showing Harry what he’s missing”?

Yay, new Cressida photos!! (Scroll down for photo)  There were new photos from earlier this week, but I didn’t have a story to go with them so I didn’t post them.  I’m not sure how much interest there is left in Cressida—I’m not sure how much interest there ever was in Cressida—but I got so used to the idea of Duchess Cressida, that I’m having a hard time letting it go, and I get more excited than I should when there are new Cress photos.

Cressida stepped out last night with Princess Beatrice, her boyfriend—the Male Waity—Dave Clark, and Princess Eugenie and her boyfriend Jack Brookbanks.  They were at a private club, Annabel’s, in London, but I’m not sure what the event was since these outfits are clearly not the normal clubbing outfits.

Cressida looked absolutely gorgeous in a floor-length, midnight blue gown with a halter neckline that clung to her body.  She wore her hair down.  I would have preferred it up, but that’s just me (she seems to have put her hair in a messy bun at some point in the evening; I prefer it that way).  Beatrice wore a navy blue skirt and white blouse, and carried a jewel-toned clutch.  Eugenie wore a fitted purple gown.  This fashion round goes to Cressida, with Eugenie and Beatrice coming in second and third respectively.

Cress really stepped it up with her fashion.  But you know, she always cleans up nicely—I say “always” like I have more than two occasions to judge from, but on those two occasions, she did look great (the other time to which I’m referring is the Boodles Boxing Ball last Sept.).  Her street style leaves a lot to be desired, but she can pull off elegant well.

I’m wondering if this was a Waity Katie type “show him what he’s missing” situation (like the press is claiming), or if the Yorks are just showing Cressida that she’s still in their set even if she’s no longer with Harry (the Yorks were friends with Cress first anyway).  It may be that the Yorks are helping Cress with her Waity campaign.  If Cress is going for a Waity type situation, I think she will have an easier time with it, being that she is already a part of that set and going to their events will be normal.  I guess we’ll see.  If Cressida starts attending more of these events, and starts going out regularly, then we’ll have our answer about whether it’s a campaign or not—remember, Cressida’s “down to earth” PR has always stated that she doesn’t like the London clubbing scene. (Is it bad that I want her to go out more? I’d love to see more of her “dressed up” style.) 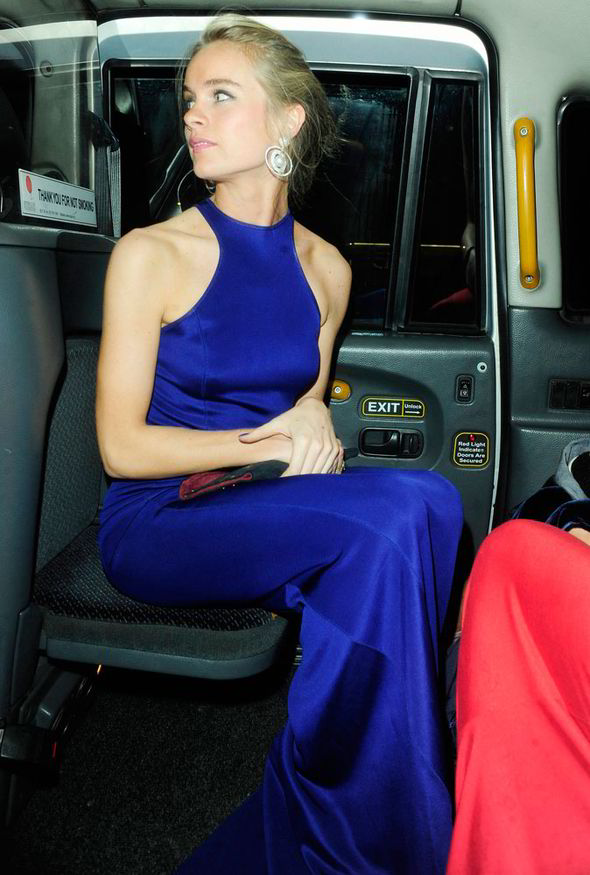 I don’t know if Cress and Harry will get back together, but there is a report that Harry banged a blonde socialite while in Tennessee for Pelly’s wedding.  The report claims this chick was bragging to all her friends that she banged Harry.  I will never understand why celebs hook up with morons who want to brag to friends (and tabloids) they banged a famous person—I realize they’re thinking with other parts of their body, but it’s just stupid, especially for people who claim to want so much privacy.  I will also never understand why banging a famous person in a one night stand is something to brag about; it’s not like you meant anything, have some respect for yourself.

PS. Harry sent out his first tweet yesterday to promote the Invictus Games (using their twitter handle), if you care.

21 thoughts on “Is Cressida Bonas pulling a “Waity” by “showing Harry what he’s missing”?”