Kate Middleton has officially given birth to the third in line to the throne, and it’s a boy!

News was first issued by a press release: “Her Royal Highness The Duchess of Cambridge was safely delivered of a son at 4.24pm.  The baby weighs 8lbs 6oz.  The Duke of Cambridge was present for the birth.  The Queen, The Duke of Edinburgh, The Prince of Wales, The Duchess of Cornwall, Prince Harry and members of both families have been informed and are delighted with the news.  Her Royal Highness and her child are both doing well and will remain in hospital overnight.”

The formal announcement was then taken by car to Buckingham Palace and placed on the easel in the forecourt by Ailsa Anderson, the Queen’s press secretary. 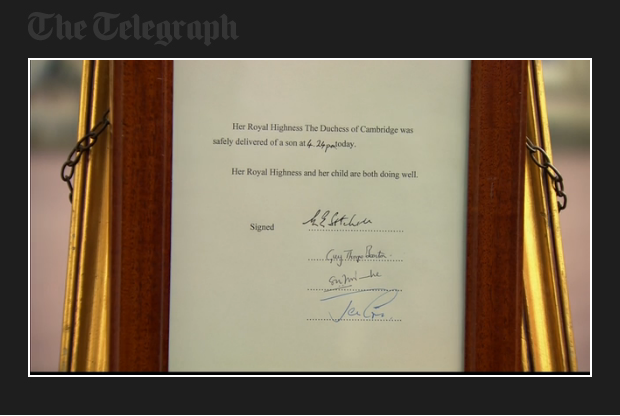 A squire or something then read the announcement outside the Lindo Wing. UPDATE: It was a town crier. 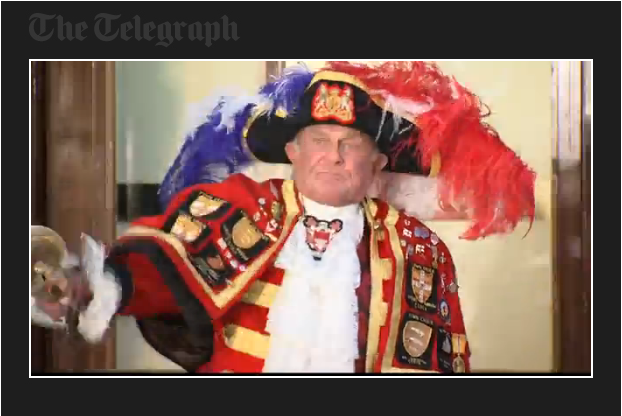 Prince Charles has issued a statement regarding the birth:  “Both my wife and I are overjoyed at the arrival of my first grandchild.  It is an incredibly special moment for William and Catherine and we are so thrilled for them on the birth of their baby boy.  Grandparenthood is a unique moment in anyone’s life, as countless kind people have told me in recent months, so I am enormously proud and happy to be a grandfather for the first time and we are eagerly looking forward to seeing the baby in the near future.”

Disclaimer: I was watching the Telegraph’s live feed and was able to snap some screen shots, not sure if it is okay for me to post them, but am posting them anyway.

UPDATE: Something fun, BT tower lit up when the news of the birth came out. 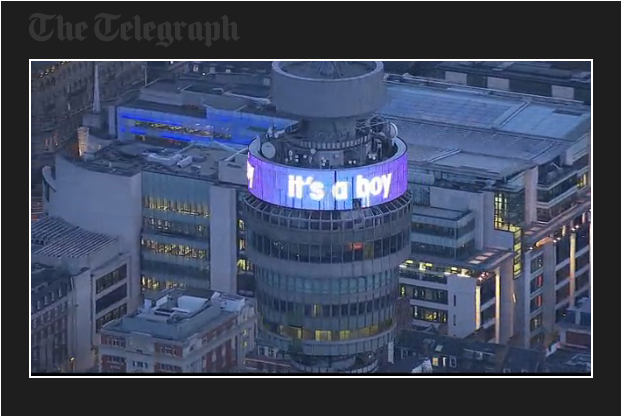