Albert and Charlene came out to support the Sainte Devote Rugby Tournament organized by the Monegasque Rugby Federation in association with the Princess Charlene of Monaco Foundation. Ten U12 (under 12 years) teams from nine countries took part in the tournament at the Louis II Stadium in Monaco. The team from Tunisia won the tournament for the second year in a row.

Charlene said of the team from South Africa – who come from an underdeveloped area of Cape Town: “I believe it’s a privilege for Monaco’s children to meet children less fortunate than they are. It’s a way of confronting and appreciating another culture.”

A program called “Tots Rugby”, which initiates children ages 3-5 to the sport, also took place and provided educational workshops and competitions adapted to their age group.

You can see more photos from the tournament here.

Charlene brought out Prince Jacques for the festivities. Princess Gabriella got left at home for some reason.

Jacques is walking pretty well now, and he even got to hold the rugby ball at one point.

Jacques is a smile-y little toddler who seemingly has no eyebrows. 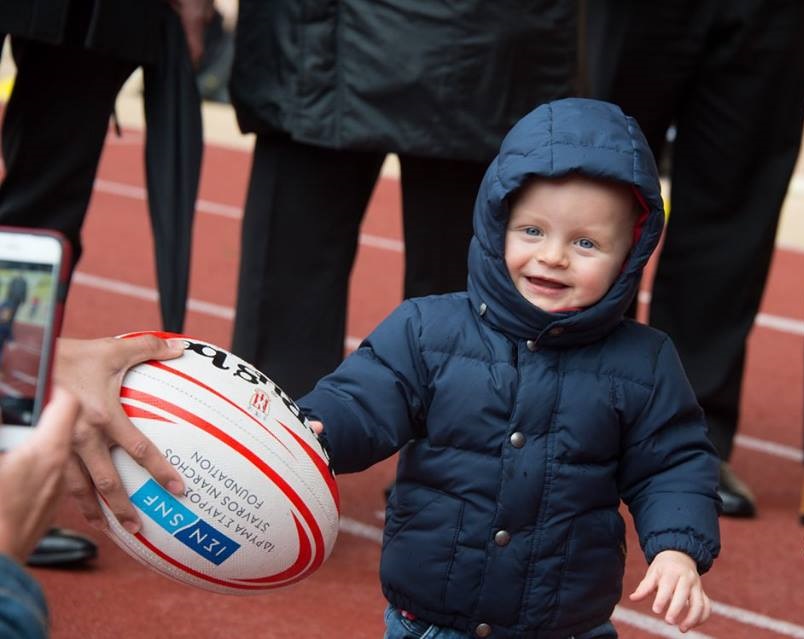 On February 26, Charlene visited Charles III Middle School where she met the exchange between the Monegasque students and the South African rugby team participating in the Saint Devote Rugby Tournament. She also gave swim advice to the young South Africans during a swimming lesson. Photos here.

Charlene also visited Carmes nursery school where she met with the students (the school has 163 students from 28 different nationalities) and participated in a workshop with the children. 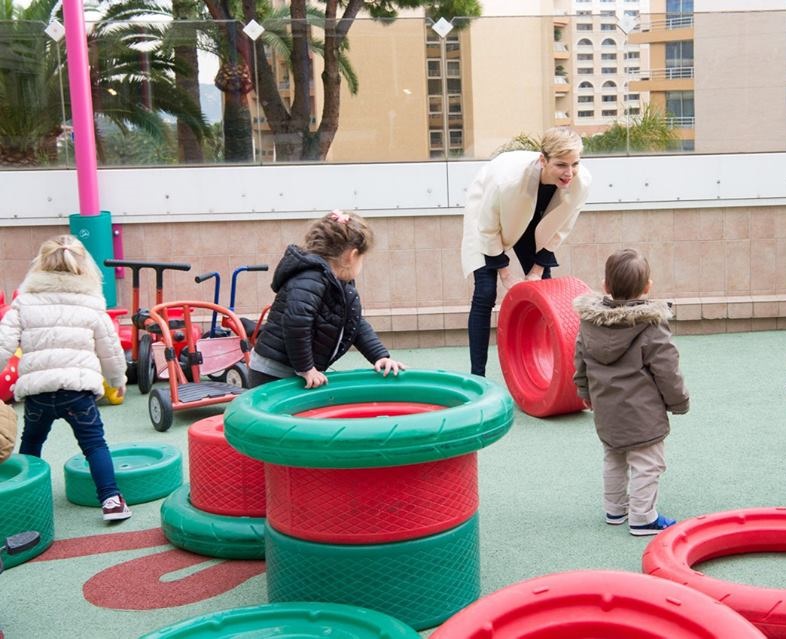 On February 18, Charlene and Albert, as President of the Red Cross of Monaco, visited a camp of asylum-seekers in Vintimille.