You know what I love most about Princess Leonore? The fact that she’s allowed to be a baby even at official ceremonies. I love that we get to see her being a squirmy monkey at Prince Carl Philip’s wedding and Prince Nicolas’ baptism. That squirmy quality is what has endeared her to me, and I felt that same magic when I watched this new interview from Prince Albert and Princess Charlene with their kids, Prince Jacques and Princess Gabriella. 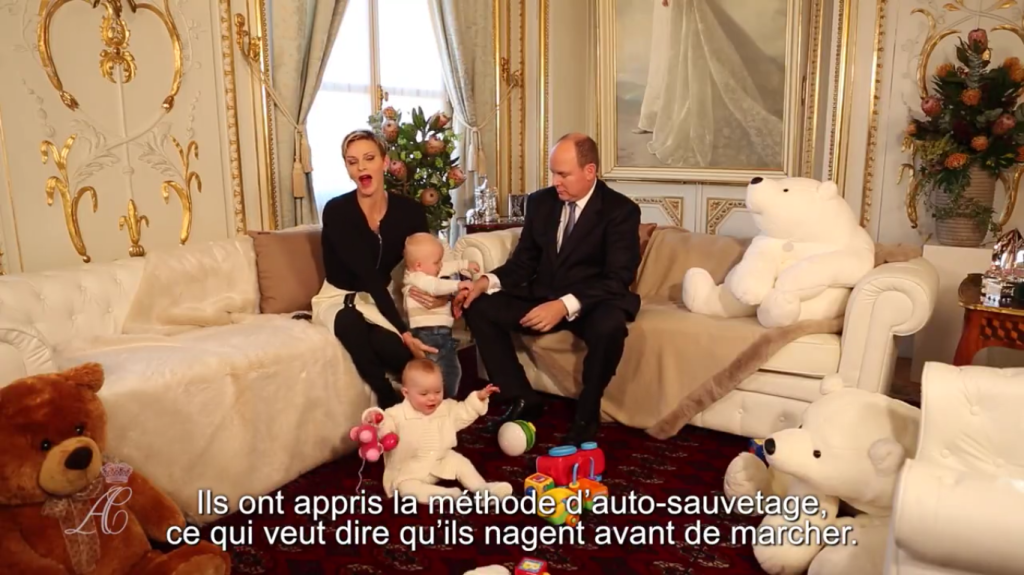 Albert and Charlene gave an interview with Australian journalist Richard Barnes in the Salon de Glaces of the Prince’s Palace of Monaco a few weeks before Christmas. Jacques and Gabriella were playing on the floor throughout the interview and their squirminess was charming.

Of the kids, Charlene said: “They’re very active; they’re very playful; absolutely adorable; and a lot of work.” And Albert said: “They are already very playful. They constantly want to move around, especially Jacques. They are very active and curious, and that’s what’s marvelous at this age it’s an ongoing discovery of many things.”

In terms of who the kids look like, I think Charlene had the best answer I’ve ever heard from a parent in regards to this question, she said: “Personally, I think they change all the time… They’re still babies. It’s hard to say right now.” 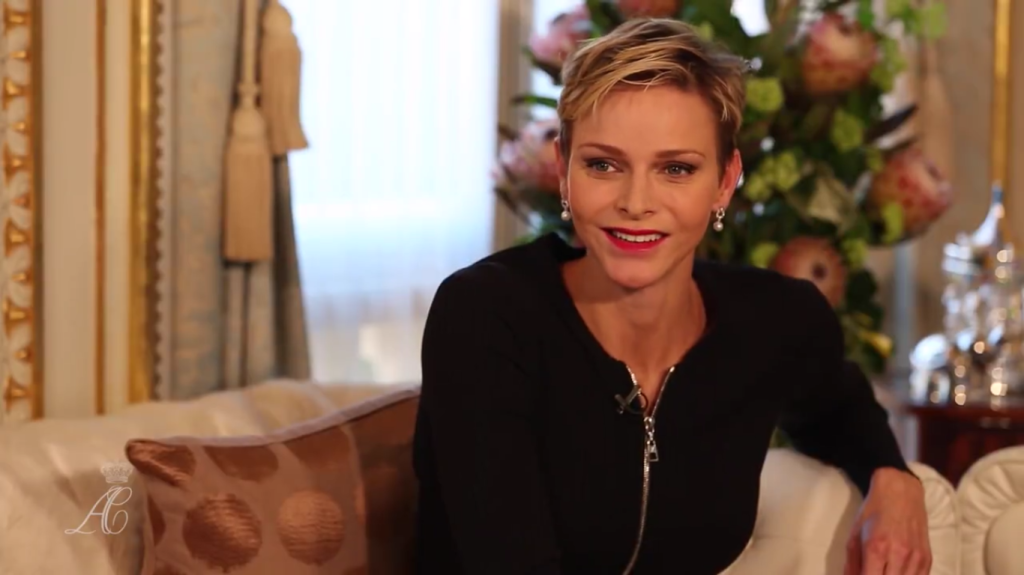 Mixed in to the discussion about the kid’s education was talk of their duties and responsibilities as royals. Charlene had this to say about balancing education and royal responsibilities, and the difference between other kids and Jacques and Gabirella:

“I think the difference is that they’re born into a responsibility and a duty, which I don’t, obviously it was not their choice, but they do have a choice of their passions, and that would be for them to choose and what field they would like to be educated in. As long as they know that this is the responsibility, the duty, the duty to the population and to their family. And that’s what they would have to pass on to the future generations.” 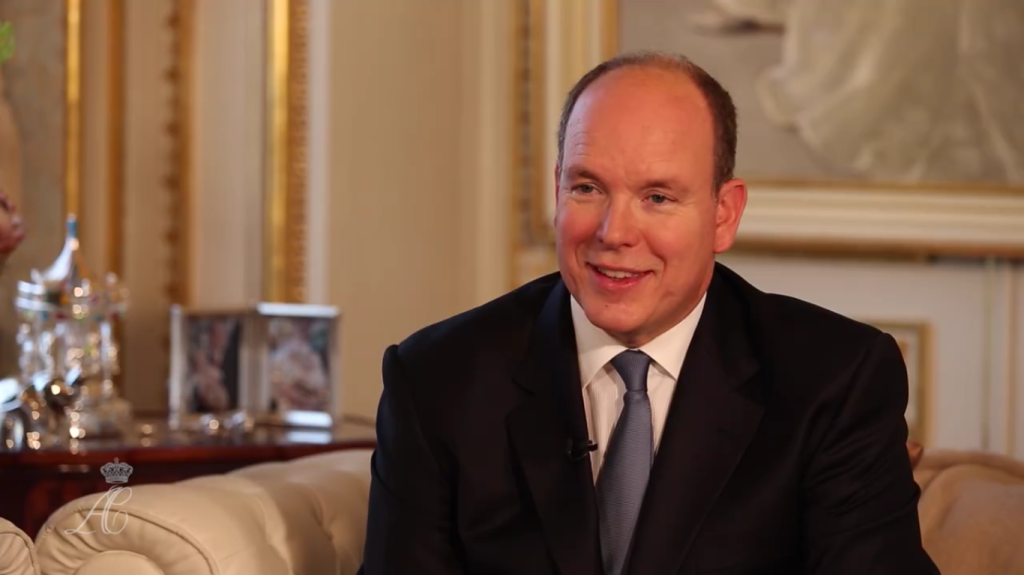 Albert then offered up his experience coming to terms with the responsibilities and duties of royalty as a child:

“I think it wasn’t before the age of five, six, or seven that one realizes that something is different, that we are in a family that is not quite like the other ones, that we have responsibilities and duties. But it came gradually. There was not a particular event that did it – except perhaps the first time I had to do an official ceremony. My father left me, not totally alone, to do something by myself. And it was there that I really began to understand that certain things were expected of me, even at that age.”

Albert went on to say:

“But I must say we will try to prepare them in the gentlest way possible and bring them to understand this reality. I think it’s important that our children follow the path that they themselves decide. We point them in the right direction and do everything for them to have a good education for them to be armed to confront modern life. After, we will try to create an environment that will be as normal as possible, as unconstrained as possible, especially while they’re still young.”

Is anyone else annoyed at the royals’ use of the word “normal”? I don’t want to get grumpy right now since I enjoyed this interview and getting to watch the kids play, but I’m annoyed with royals’ use of the word “normal”. What does that mean!? There is no one “normal childhood”, as every person’s experience is different based on a whole host of factors, including: family dynamics, region, and social and economic status.

I’m sick of the royals using the word “normal” in reference to their desired lives or the desired childhoods for their children because it’s vague and doesn’t mean much since everyone’s “normal” is different. It would be one thing if the royals defined what “normal” means to them and what they are trying to achieve, but none of them have. 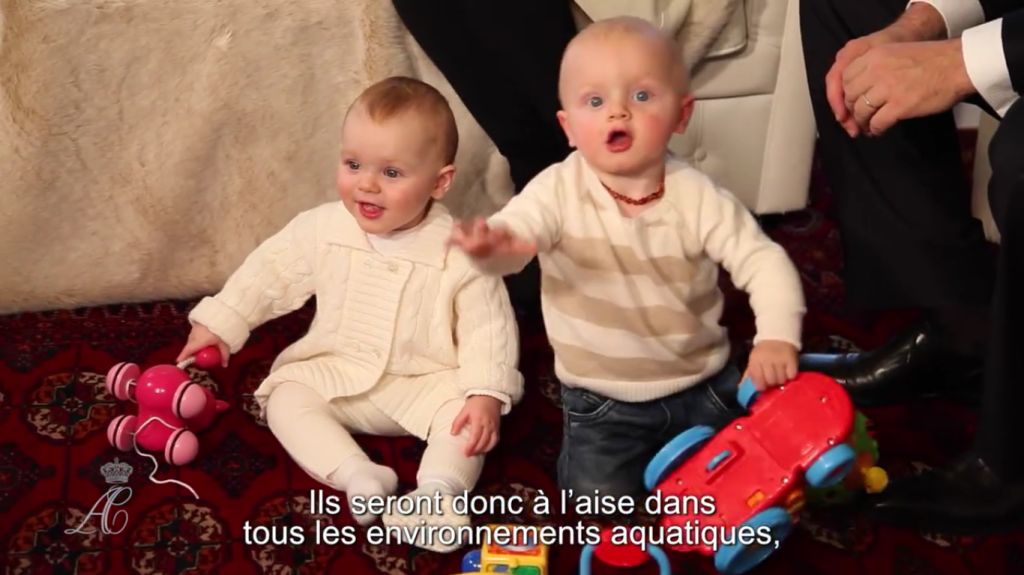 Anyway… Ignoring the detour of my rant, I quite liked this video and I very much enjoyed getting to see Jacques and Gabriella play and interact with the world and be babies. It’s great to see. 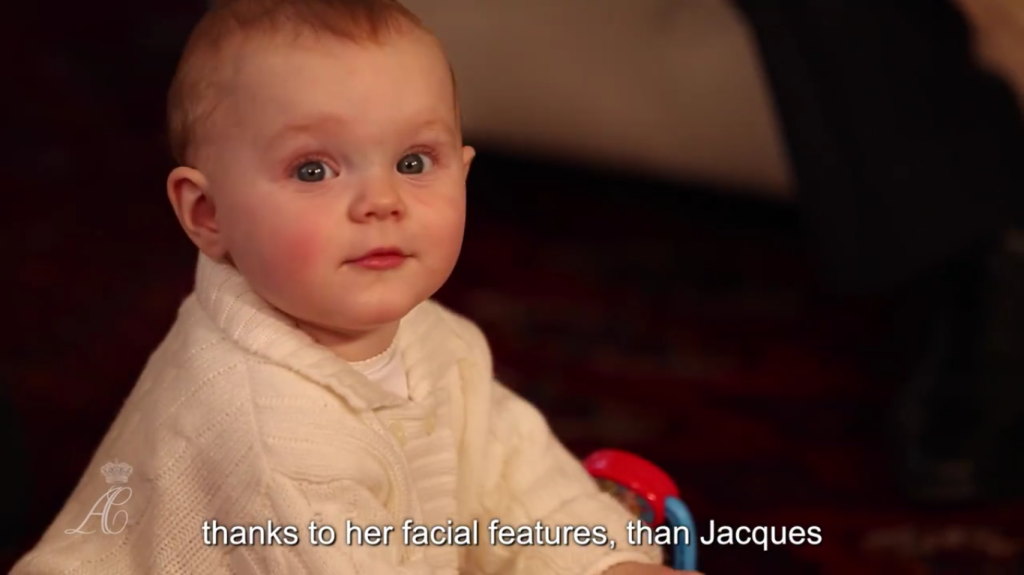 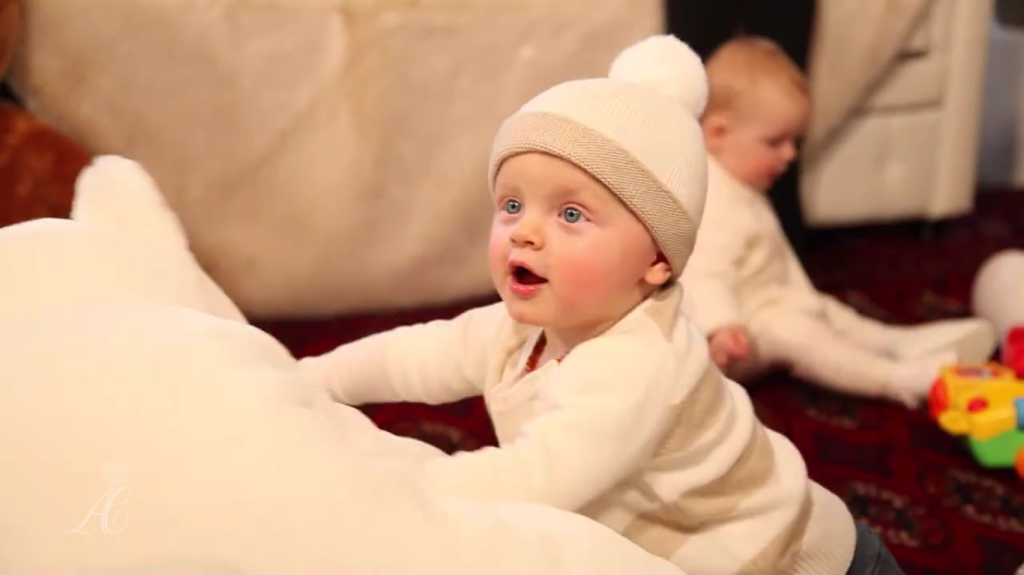 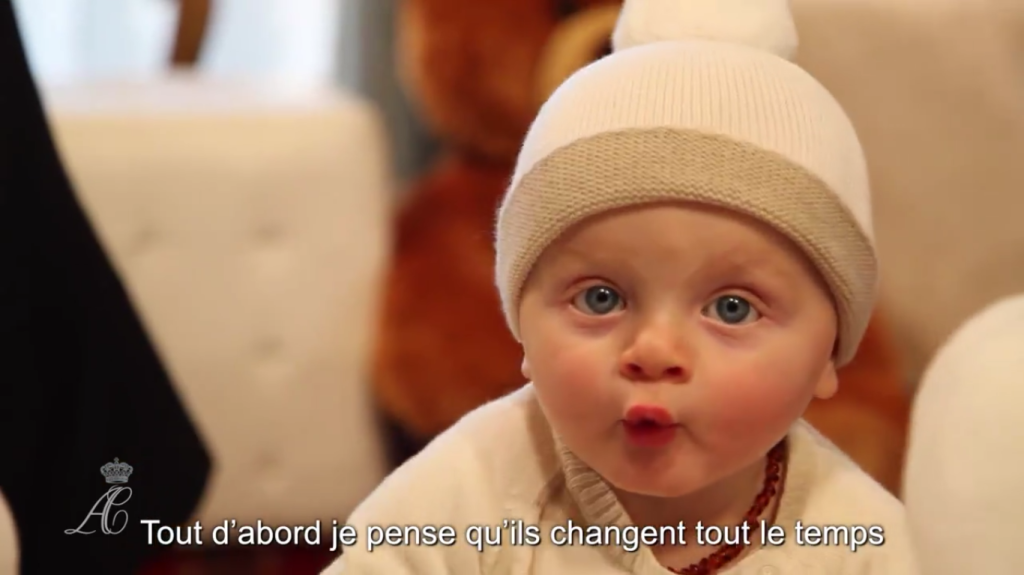 There is a portrait of Princess Grace on the wall in the background of the video. 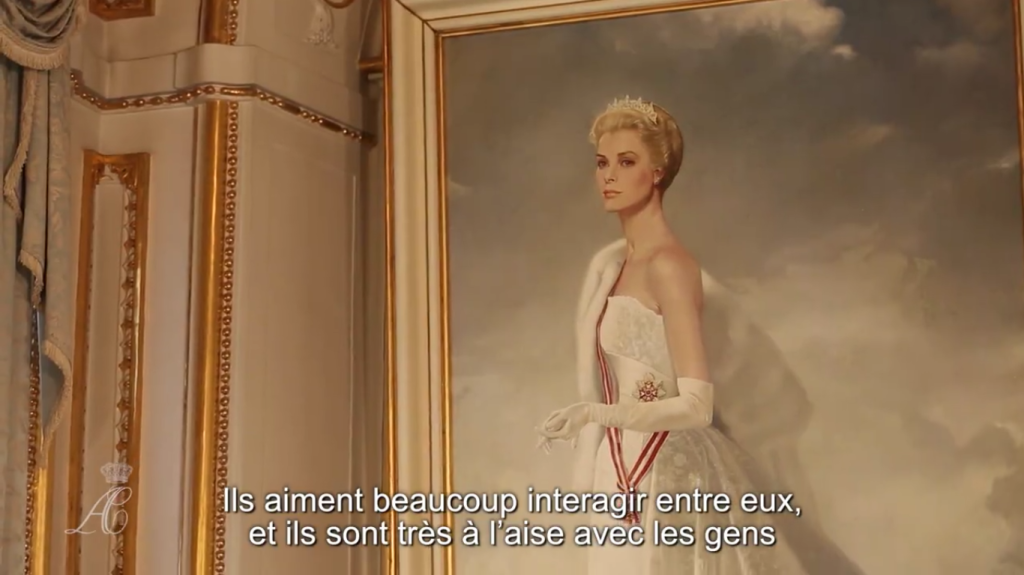