This is another “the royals are going to do things in the future” post. But since it includes a new video from someone many on here love, I thought I’d post it. Prince Harry is coming back from his three month trip to Africa and he’ll be making lots of appearances to make up for the three month Harry drought. Prince William will also be making appearances, because I guess he’s bored of his flying gig already? And someone somehow managed to convince Kate Middleton to come out of hiding because she’ll be making several appearances this fall.

BTW, it really bugs me how William, Kate, and Harry all crinkle their foreheads when they make a video.

Let’s start with Harry. Harry, Patron of the Rugby Football Union All Schools Programme, recorded the above video praising the All School’s Programme.

On his 31st birthday on September 15, Harry will attend Goodwood Aerodrome to join Battle of Britain veterans and wounded servicemen supported by his Endeavour Fund in a historic flypast to mark the 75th Anniversary of victory in the Battle of Britain.

On September 17, Harry will attend the Rugby World Cup Official Welcome Party hosted by the Rugby Football Union at the Foreign and Commonwealth Office.

On September 18, Harry will attend the opening ceremony and match of the Rugby World Cup at Twickenham.

In October, Harry will attend a reception for participating nations at Buckingham Palace hosted by the Queen and Prince Philip.

Also in October, Harry will visit an event in support of the All School’s Programme in Exeter.

Prince Harry will attend a number of matches during the Rugby World Cup.

**Harry will join Kate and William for a Charities Forum BAFTA event in October.

Prince William will also be out and about on September 17, attending the Tusk Trust’s 25th Anniversary Ball honoring the impact of their work in the midst of the continuing crisis facing wildlife in Africa.

On September 18, William will join Harry at the opening ceremony and match of the Rugby World Cup at Twickenham.

Also on September 21, William will attend the Wales Team Welcome Ceremony at the Guildhall in London.

On September 22, William will visit the RAF station to observe the 100th Anniversary Parade of 29 (Reserve) Squadron.

William will attend a number of matches during the Rugby World Cup as Vice-Patron of the Welsh Rugby Union.

In October, William will talk on Chinese TV about the urgent need to protect wildlife.

**William will join Kate and Harry for a Charities Forum BAFTA event in October.

**William will join Kate for a trip to Dundee on late October.

**William will join Kate for a trip to North Wales in late November.

As we know, Duchess Kate will make an appearance on September 17 at the Anna Freud Centre. The entire Royal Trinity is out that day – egad!

Kate will join William and Harry at the opening ceremony and match of the Rugby World Cup at Twickenham.

**Kate will join William and Harry for a Charities Forum BAFTA event in October.

**Kate will join William for a trip to Dundee on late October.

**Kate will join William for a trip to North Wales in late November.

**These appearances have not been officially announced, the sources are People and the Daily Mail. Apparently there was a briefing and these two decided to spill the beans early. 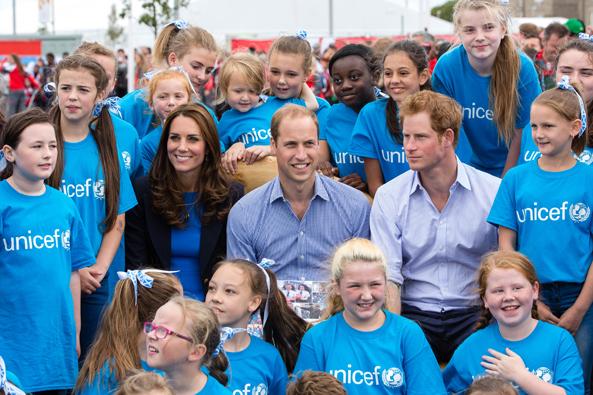 1) “It seems Kensington Palace announced a forthcoming engagement for William today on social media without telling the press.”
2) “Everything that the Kensington Palace press office does at the moment seems either calculated to offend the press or just incompetent.”
3) “If the palace is going to take it upon itself to bypass the media on this and other things, the media will just find another take on things.”
4) “All of that is pretty minor compared to the bigger picture. I think the Cambridges are making mistakes that may come back to bite them.”

Palmer also replied to a bunch of people talking about the current relationship between KP and the press:

1) “I’m not sure about [KP’s] policy but they’ve lost most of the reporters, photographers, and news editors.”
2) “I think editors believe rightly or wrongly that [Kate] sells papers but I don’t think there’s much respect for the Cambridges now.”
3) “All I can tell you is that I have not heard a journalist have a good word to say about the Cambridges for some time.”
4) “The bigger issue is the honeymoon’s over and their communications strategy is a mess.”

Palmer also talked about how the Will and Kate’s actions, along with their PR team’s actions, will end up changing the narrative from positive to negative. He then said:

1 & 2) “I certainly bought the wanting to live a normal life early on and it is still soon after the birth of their second child but it is starting to smack now of wanting to have their cake and eat it, I think.”
3) “Perhaps the wiser strategy is to say nothing but write a big read asking whether Will and Kate want to be King and Queen? ;-)”