Princess Charlene is pregnant and due in December. She may or may not be pregnant with twins; I know that was a rumor, but I’m not sure if it’s been officially confirmed. This is her first child(ren). This will be Albert’s, what, third confirmed child. I know he’s acknowledged at least two other children, don’t know how many more are out there.

Charlene wore a navy blue and black Dior maternity gown. I’m not sure how I feel about it. From the front it looks lovely, and I adore the back, but it looks too big on her from the sides. Maybe she just doesn’t like having clothes cling to her stomach right now? Sure, let’s go with that.

Here is Charlene from the last few engagements if you want to check out her second trimester maternity style. She’s keeping is simple and sleek, but then I think she’s always done that.

Charlene receiving a plaque on July 29 about her family tree from the Irish Ambassador to France. Charlene is has some Irish heritage apparently. 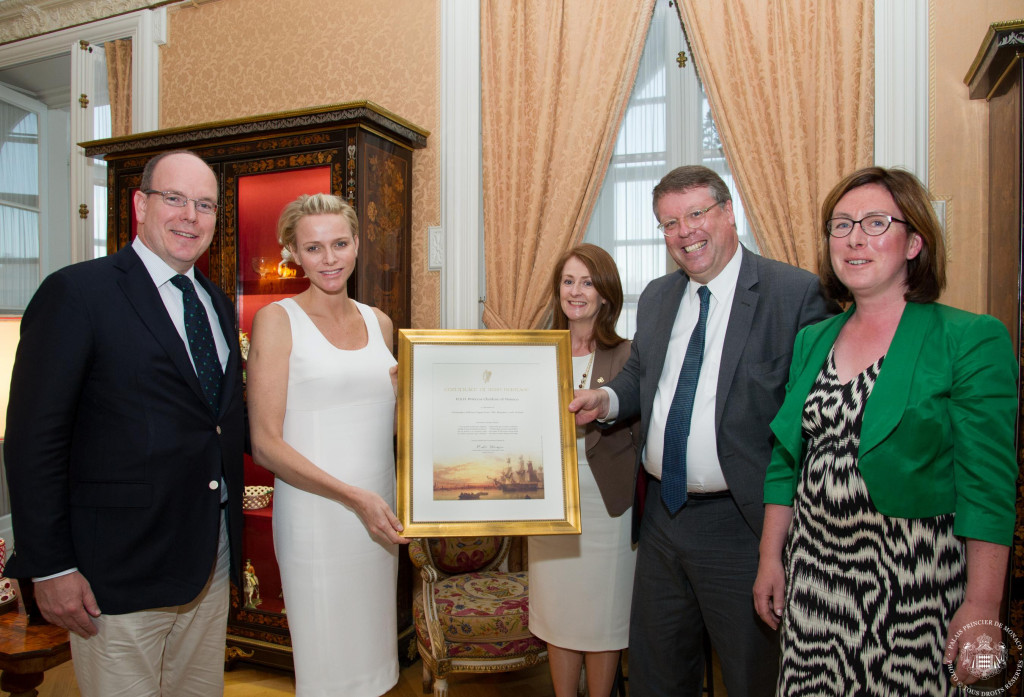 [photo from the Press Office of the Palace of HSH the Prince of Monaco, palais.mc]

Charlene received the honor of “Cavaliere di Gran Croce della Stella d’Italia dell’Ordine” from the President of the Italian Republic on July 28–was presented by the Ambassador of Italy to Monaco. 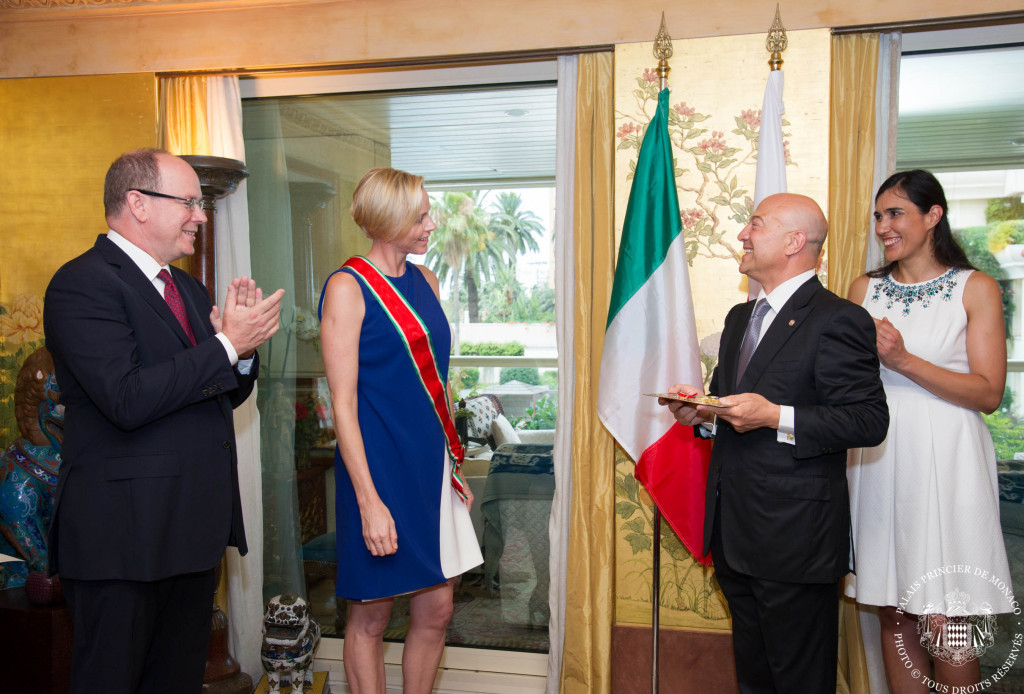 [photo from the Press Office of the Palace of HSH the Prince of Monaco, palais.mc]

Charlene at the inauguration of the new Yacht Club of Monaco on June 20.

17 thoughts on “Princess Charlene at the Red Cross Ball”