I was going to make this post all about Estelle, but since there are multiple royal baby sightings I’m going to lump them all together.

Cuteness alert!  Princess Estelle, the daughter of Crown Princess Victoria and Prince Daniel of Sweden, was photographed on a sleigh looking absolutely adorable in her little snow suit when her parents took her on a trip to Umea.  The family was there to celebrate the city being named as the European Capital of Culture. Victoria has a sprained ankle, but has continued with her royal duties.  Got to love that. 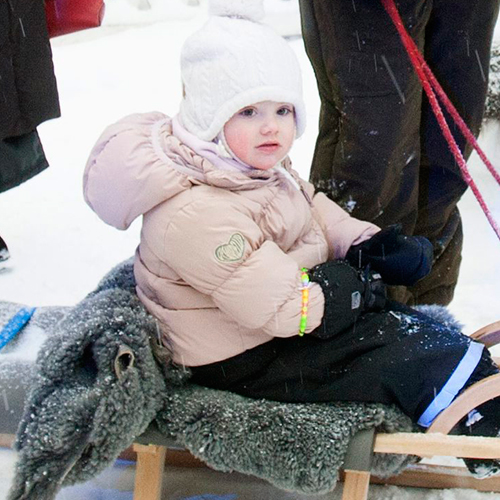 Hello Mag has a photo of Kate Middleton holding Prince George on their newest cover–as posted on Twitter. Here is Hello Mag’s online article about the photos. Still no photos other than the cover. The article doesn’t say much, it’s just a preview to get you to buy the magazine. Hopefully the photos from inside will be posted somewhere online at some point. I am curious to see what William and Kate do about these photos. Last year they made a ruckus about the pregnant Kate photos and how they were such an invasion of privacy, so I’m curious if they will say anything this time. 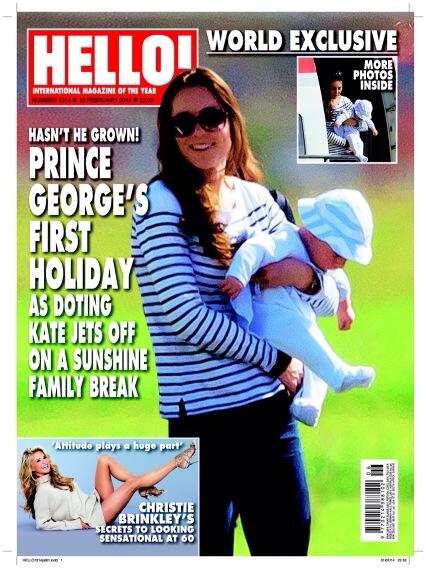 Mia Tindall was spotted out with her mum, Zara Phillips, at a rugby match in Gloucestershire to watch Mike play. It was reported by a local paper and there is no photograph with the article. Hopefully Zara and Mike will release a photo at some point, but they may not since they’re going for the normal, private thing.