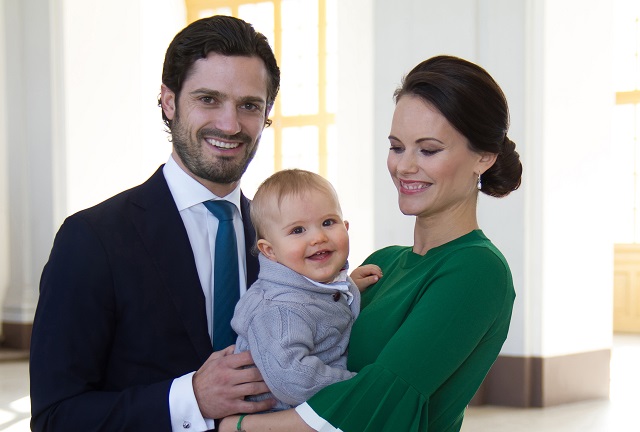 The court released a statement:

“Prince Carl Philip and Princess Sofia are delighted to announce that The Princess is expecting their second child. The birth is expected to take place in September 2017.

“‘We are happy to announce that we are expecting a child, a sibling to Prince Alexander. We are looking forward to welcoming a new little member to our family,’ says Prince Carl Philip and Princess Sofia.

“No changes in the schedule of The Prince Couple’s public engagements are planned during the spring and summer of 2017.”

The court also released the above photo of Carl Philip, Sofia, and Prince Alexander, who turns 1 in April.

Congratulations and best wishes to Carl Philip and Sofia, both of whom are expected to attend the Official Dinner in Sweden tonight.

I will cover the tiara-filled Official Dinner on Saturday as I will be covering today’s Kate engagement tomorrow (I was going to pop off a post on it today, but haven’t had the time yet to devote to it – this one was much quicker).