Prince Carl Philip and Princess Sofia have appeared in a new video released by their Foundation in which they discuss the Foundation’s goals and how they work to achieve them. 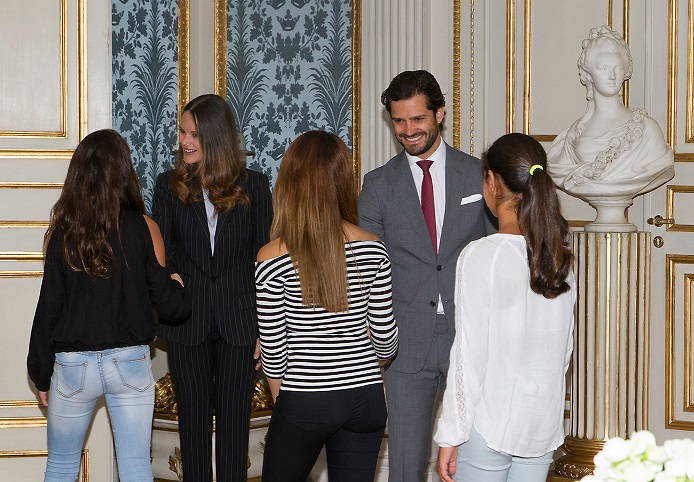 The video was filmed during the September 7 cyberbullying symposium (pictured above) at which Carl Philip and Sofia gave a speech.

During the video, they say:

Sofia: “The Foundation’s message of work, on the whole, for the right of all children and the opportunity to be themselves. We felt it was quite obvious that choose to focus on bullying in our foundation. The Foundation stands on two legs, one is dyslexia and the other is cyberbullying. Cyberbullying is an easy way to bully and something that we both have experienced quite strong and feel great empathy for all those children who become victims.”

Carl Philip: “We want to make a difference.”

Sofia: “Want to get out the message, values ​​and tools for adults to talk with children about online. The goal is to create a fairer climate. Words hurt, no matter who you are.”

Carl Philip: “A comment hurts as much online as in real life.”

I pulled the Swedish quotes from this article and translated them with Google Translate. In the video, which you can watch at their website, Sofia and Carl Philip say more than what has been transcribed, but since it’s in Swedish and there is no captioning I don’t know what else they’re saying.

As of right now, Carl Philip’s and Sofia’s next scheduled engagement is a January 30th board meeting with their Foundation.

I don’t know, you guys, I really want them to focus on this topic but they haven’t really since September, and I’m wondering what their Foundation will actually accomplish. Hopefully they step it up this year.

Also, Carl Philip and Sofia were spotted on vacation in South Africa with their son, Prince Alexander, several days ago.