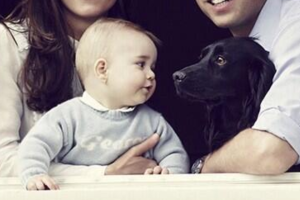 As we learned yesterday, Prince William and Kate Middleton issued a warning to two photographers who the Cambridges claimed where stalking Prince George. I took the unpopular stance that Will and Kate were well within their rights not to have George followed while with Nanny Maria. As it turns out, one of the photographers has been identified as Niraj Tanna (Ikon Pictures), the Middleton’s long time on-call pap.

Tanna, via his lawyers (via the BBC), has issued a seven-page letter contesting the Cambridge’s claims. The letter says Tanna calls the allegations “groundless” and “wholly without foundation” and that press photographers are “fully entitled” to take photos in public places, and that any legal actions will be “vigorously contested”. The letter adds, “[Tanna] will continue to undertake his work with the concerns of the Prince’s parents very much in mind.”

I bring up my comment because at the end of it I wrote: “The main question I have is why make this public at all? KP released a statement about it. If they were having a problem with two individual photographers, then take the legal action against them, but there is no need for a public statement about it. Will and Kate wanting to protect George from two specific paps who were stalking him, fine, but the public use of it as a threat to other paps not to follow George, that I have a problem with.”

I posted that before I read that Tanna was the photographer in question. The fact that the photographer is Tanna throws this whole action by the Cambridges into question and that last paragraph from my comment is extremely relevant.

Why did Kensington Palace make their legal actions against Tanna public? Everyone has a motive for their actions and KP definitely did with their statement about this legal action. If someone were causing problems, like stalking George, then KP is fully right to issue a legal warning and/or take whatever legal action they deem fit. BUT if someone were causing problems, KP wouldn’t necessarily issue a statement about the legal warning. If they brought a case against someone then I’m sure they would say something about that, but a mere legal warning, not so much.

This statement is another in a long line of legal threats saying, “Don’t take photos or else suffer the wrath of Prince William.” Right after William’s legal case against the paps and Closer mag over the naked France pics, and the legal threat against people for taking pics of a pregnant Kate in a bikini while vacationing in Mustique. 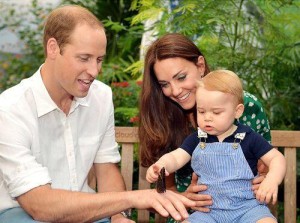 A royal source said before that they were looking for “any excuse” to scream invasion of privacy and stop people and paps from taking photos of the Cambridges. This action against Tanna is just that, “any excuse”.

Given Tanna’s history with the Middletons, I would argue that William is using Tanna as a scapegoat to make an example of in his on-going vendetta against the press.

This is not the first time Tanna has been accused of harassing members of the Cambridge family. In 2010, Tanna was accused of harassing Kate while she played tennis in Cornwall on Christmas Day 2009. The harassing claim then was BS because Tanna took his photos from a public sidewalk outside the tennis court and never made contact with Kate, although he did not fight the case and he and Rex Features ended up apologizing.

As we all know, Tanna has been the Middleton’s go-to pap for years, the one they’d call with inside knowledge so he could be an unofficial part of their bid to win the ring. And when they needed to show William how much they disliked the press intrusion (because while the Middleton’s are total famewhores, the fastest way to win William’s good graces is to say how much they hate the press intrusion, even though that’s total BS), they used Tanna as a scapegoat.

This is purely conjecture, but I would say that given his connections to the Middletons, William probably hates Tanna. I’d bet that Kate and the Middletons have played down their part in the relationship with Tanna over the years and have used him as a scapegoat themselves when talking with William. So William, unfairly given the Middleton’s part in all this, sees Tanna as the bad guy who keep harassing his family. As such, William is using him as a scapegoat to send a message to the press and public that he will take legal action against anyone who photographs George.

I wanted to give William the benefit of the doubt on this one, and look at it as if he hadn’t shown himself to be a tantrum-y baby many times before now, because I genuinely don’t think it’s appropriate for photographers to stalk minors, even royal ones.

I stand by my stance of, “Stalking a minor, even a royal, even in public, is not okay”. But given the new information, I must change my opinion on agreeing with William here. This legal action against Tanna is not coming from a place of fearing for one’s child and wanting to protect him/her, this legal action is coming from a place of wanting to send a message and using any scapegoat they could find to do it.